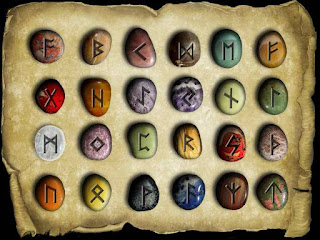 One of the biggest reasons I'm drawn to Wicca is because it's so diverse. You can believe in different traditions, be in a coven, be a solitary witch, believe in different Gods and so on. It's all-inclusive! Paganism has different paths within itself, and one of them is Wicca, which also has different paths. Today I'm going to tell you about some of them, and some that are more pagan. I can't help but compare this to goth and its many subgenres. Just like within goth there are ''elitists'' who think that ''oh things should be so and so'', but most people are eclectic witches. It's very open-minded!
What is common for everyone (like goths and the big goth bands), is that it's based on ancient pagan traditions. Wicca itself didn't come about until the 1950's, thanks to Gerald Gardner. I highly recommend reading his books, as well as Doreen Valiente's (his high priestess).

Gardnerian Wicca
Obviously named after Gerald Gardner. Based on ancient traditions and English paganism. They celebrate the elements (though have different colors to symbolize them), but not Spirit. They worship both the God and Goddess. They celebrate sky-clad (naked). They have a high priest and priestess of each coven, but the priestess is more important. They are very focused on male and female rites.

Alexandrian Wicca
Named after Alex Sanders, who in the 1960's with his partner Maxine founded this tradition. They incorporated Judaeo-Christian, Greek, Egyptian and Celtic elements. They worship the triple Goddess (maiden, mother and crone) and the dual God (dark and light). Many other deities are also worshipped. Alexandrian Wicca is mainly based on Gardnerian Wicca, but they honor five elements in the colors I mentioned in my last post. 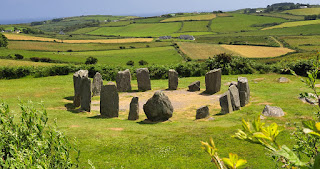 Saxon Wicca
Founded by Raymond Buckland in the 1970's, who also brought Wicca to the USA. It's based on Gardnerian Wicca, English Saxon and Scottish Pictish traditions.

Hedgewitches / Solitaries
While the paths above are practiced in groups, there are tons of witches that practice alone. Mostly because of living in places where there are no other Wiccans. We are called solitary witches. We can be practicing any kind of path, but we do it alone. Some also use the word hedgewitch, but technically that is someone who serves their community (like a healer and such) - though many modern witches use it anyway.

Hereditary
This is the word used for someone who has ''inherited'' witchcraft from their family. What path they follow doesn't matter (like solitary witches). I guess it's something to be proud of!

Radical Faery (LGBT)
I said earlier that Wicca is like goth; the people are open-minded and are unique! So of course there are paths for LGBT people! The Radical Faery tradition is for gay men, Dianic groups are for lesbians / females. There's also Reclaiming Tradition, who are political and works with social discrimination. Isn't that great? 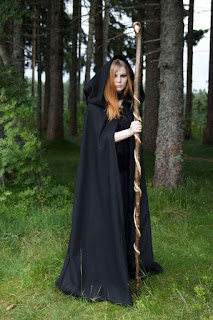 Eclecticism
The word for the ''pick-and-choosers'' of Wiccan traditions. The ones who take some things from one path, and other things from another path. This is quite normal. We can't help what we believe in and feel comfortable doing!

Paganism
All Wiccans are pagans, but not all pagans are witches. Describing paganism is hard. It can be anything! It's not like they had much ''order'' back in the day all over the world. Some believe in a God or Goddess, some regard nature as their God. But most follow the wheel of the year and the Moon's cycle.

Druidry
Druids are the close Celtic pagan relatives of witches. They worship nature, celebrate the solar festivals, and honor a God or Goddess. This one is also a little hard to define, but is similar to Wicca in its different ways of being practiced.

Åsatru
Ahh, the belief of the Æsir! Since my last name is Åsgård, I've always been interested in the Norse gods. It's based on what the ancient northern heathens / pagans believed in. The past few decades it has grown a lot! Now technically this isn't Wiccan, but it is similar in many ways. And come on, I HAD to include it!

Now, since I mentioned belief in Norse gods, let's talk about other gods that have fascinated me since childhood! Ancient mythologies have gods and goddesses that symbolize different things, and we Wiccans use those a lot in our work. Celtic gods like Brighid, Belenos, Herne, Rhiannon and Arhianrhod. Norse gods like Odin, Tor, Frøya, Loke and Frigg. Greek and Roman deities are very popular. Egyptian gods are also looked highly upon, especially Isis. There's tons of deities to explore!
There is no shame in believing in different gods from different mythologies. As long as you respect them and do research, you should be fine! My next blog post will go into more detail about gods.
Posted by Caroline Åsgård Skulstad at 4:32 PM