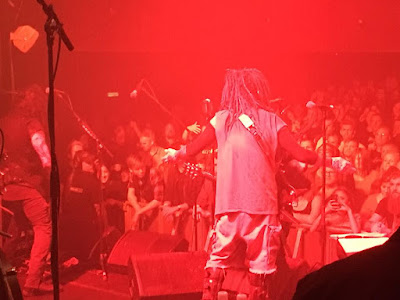 Stolen from Ministry's facebook page.
There I am to the right - With my phone in front of my face... Typical!

I was pretty shocked when this concert was announced. Ministry - in my city?! For only 350 NOK, no less! So when we got home from WGT, I bought tickets. Surprisingly the tiny venue wasn't even sold out. We got there only minutes before the doors opened, and we were 4th and 5th in line. 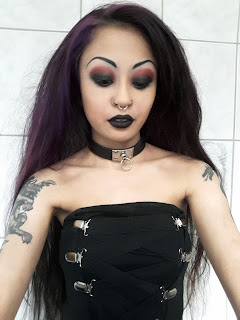 The outfit
Collar - Some booth at the WGT black market
Top - Xtrax (now EMP)
Skirt - Aderlass
Boots - New Rock
I also had a small round Alchemy Gothic bag.
Forgot to show that, sorry - Maybe some other time! 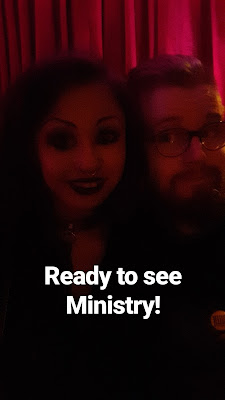 I got carded and called ''really old''

I took way more photos than I thought, so warning; image heavy! 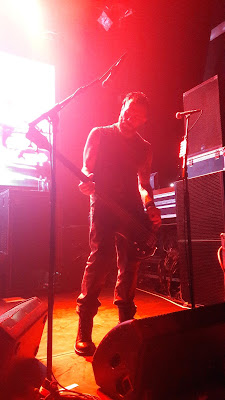 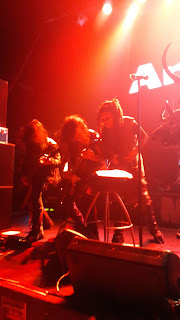 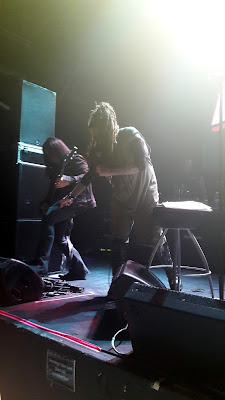 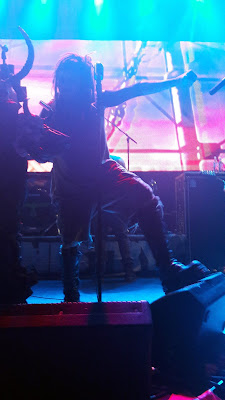 The man, the legend! 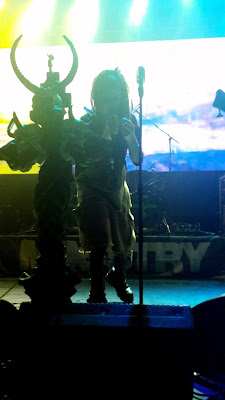 He would never stand still 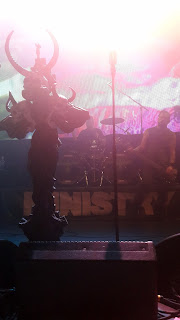 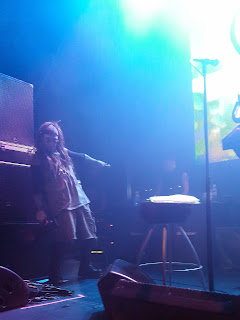 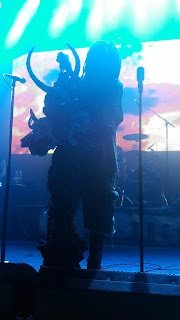 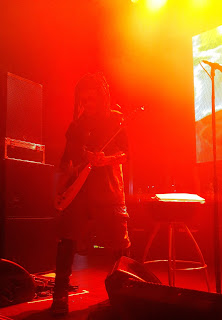 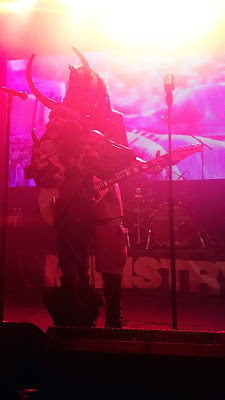 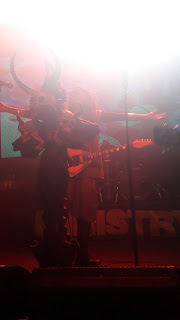 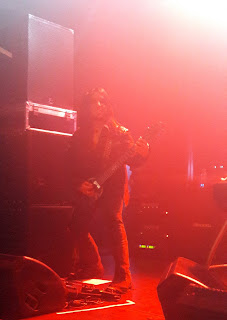 He's looking at me! 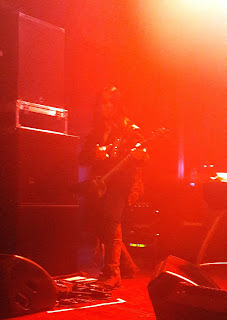 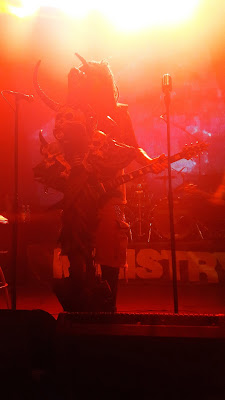 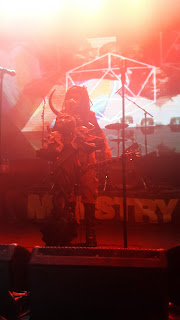 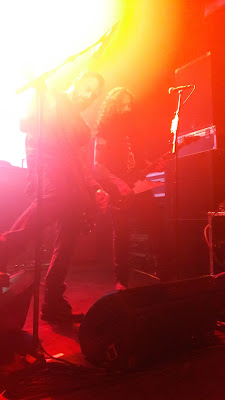 The show was FANTASTIC. The venue is really small and intimate, but the sound was good and LOUD. I was in front center as you probably can tell, and it was crazy being so close to them! They put on a great show, and Al was amazing and funny. They didn't play that many of my favorites, but they have a huge discography, so.. It was really great anyway! There was never a ''just okay'' moment. They played 18 songs, but it didn't feel that long, I had so much fun! It felt really good to headbang again, by the way! It's been a while since the last metal show I went to, and I still got it! My neck kind of hurt the day after, but that's how it's supposed to be! Now I can't stop listening to them. Ministry is one of those bands that I'm never really in the mood for, but when I hear them, I love it! I guess that's how it is when you have a big CD collection - and the internet available.
But I have more excitement for you! Have a looksie: 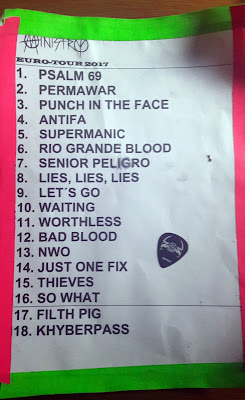 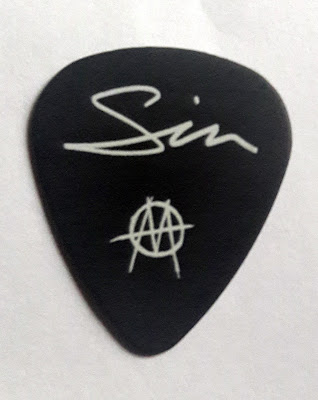 He had to throw two times, but I caught it! 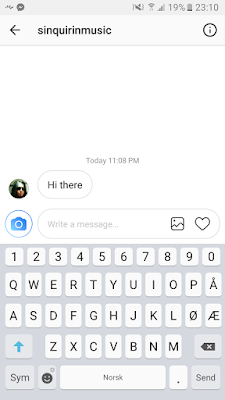 Is this real life?! YES IT IS. 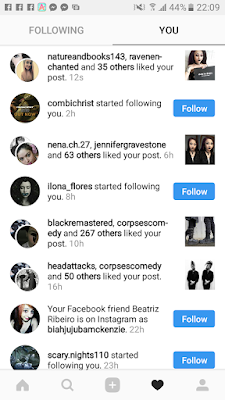 This also happened!
I don't even follow Combichrist, haha.

So what do you think?!
Are you a Ministry fan?
And do you have any great concert stories to share?
Posted by Caroline Åsgård Skulstad at 5:47 PM