Hello, hello, hello! It's been a while since my last personal post. Most of my previous posts were written a while before they were posted, and some were even posted later than planned. We have to go back two weeks for me to tell you everything that has happened lately!
Simen's family had this huge family meetup, so we drove the six hours or so to his parents (this included two ferries and two underwater tunnels). His family is a crazy bunch, I love them! 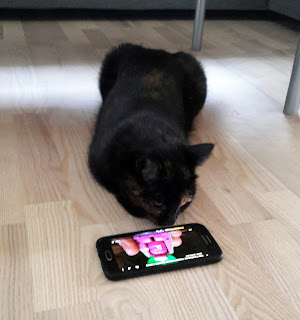 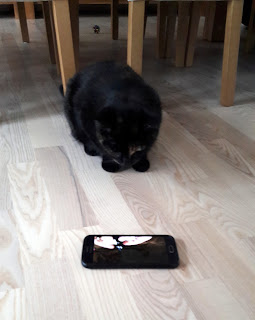 Mats and Christine's cat is so weird.

My dad-in-law has now made this the official family song.
You will only get it if you're norwegian, but it's fucking hilarious.
(...if you have dad-humor like I do.) 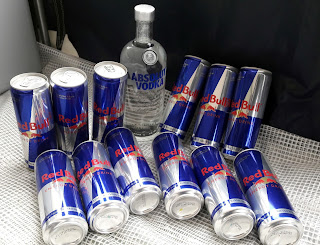 Let's get the party started!
Me and Simen were glamping with his parents.
Everyone else slept in tents, the peasants.
We had a very cozy time! 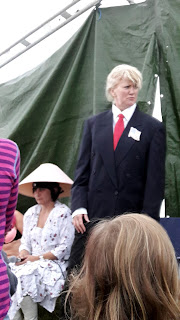 I have the worst mother-in-law ever.
LOL JK I love her <3
When she showed up like this I laughed so hard I cried! 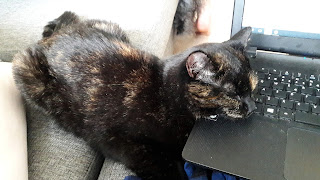 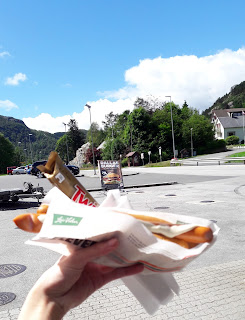 Idyllic photo on the way back home... 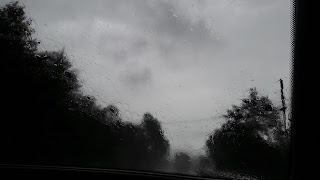 ...and less than three hours later.
Literally minutes after this it was sunny again!

When we got home I got the two other Peter Hook books in the mail!
Don't tell me this is excessive, haha.
Review on The Haçienda will be my next post!

The day after we got home (so a week ago today), I started a new job. I now work at a bookstore, so we'll see how that goes! So far it's been good, I like it, even though it's kind of quiet these days. But I don't mind re-organizing all the shelves in the store, I'm such a nerd. So that's what's been keeping me busy lately! I've felt very disconnected to the internet, which I don't really mind. 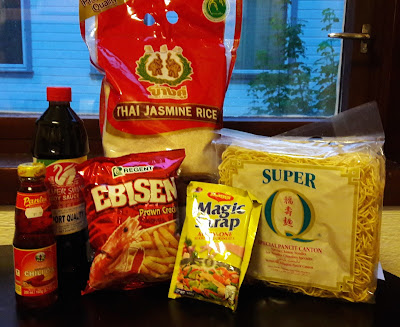 My family just got home from the Philippines, so we went to visit them!
We stopped by at a little filipino store that has opened nearby them.
Simen needs a little taste of filipino in his life! I don't make much food, LOL.
My uncle and aunt were also there, so I'll be seeing a bunch of norwegian family this weekend.
Can't wait, cause it's been a while! I will also be trying my grandmother's national costume (bunad).
At my parents' house we mostly just ate, and played board games with my sister. Fun! 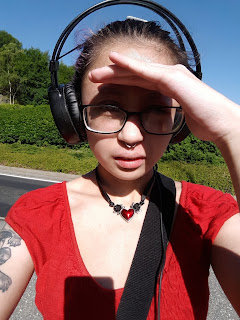 I wanted to wear a corset with this, but I guess it's too hot.
Necklace - Alchemy Gothic
Top - JSFN
Skirt - RQ-BL
Stockings - Dracula Clothing 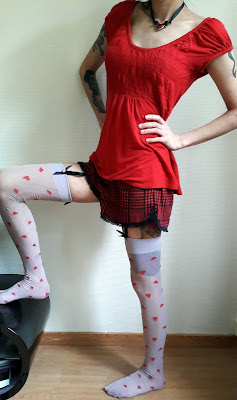 10 minutes before my shift was over today, Simen walked into the store! He was so nice and decided to surprise me by picking me up. We went shopping around the mall, and afterwards we went to IKEA. It's really nice, we basically agree on everything when it comes to interior design, haha. We also tried out the bed that we want, and loved it! We had dinner there, of course. We only bought a few small things, the typical boring small things you forget that you even need until you see it.
And on the way home we drove through the city with the roof down, all cool in his Mercedes.

So that's it for now! I feel personal stuff is so boring to blog about, so I kind of prefer doing recaps - Though maybe not as big as this. Coming up on the blog is a lot of book and music reviews. I don't feel so bad for doing only that anymore, I like doing it, sharing what I like, and you guys seem to like it too! If there's anything else you like to see (or something you'd like me to review), just say so!
Posted by Caroline Åsgård Skulstad at 8:19 PM