I realize that the rest of the photos from the holidays are of me... Whoops. But let's do a post out of them anyway! I'll be THAT narcissistic. First yule day (as we call the 25th here) we had a delicious dinner (mmm, fat...). Most of the day we didn't do much (I was still working on uploading files from my old computer to one of these cloud thingies). After a nap (we've been REALLY tired this holiday!) we went to Isak's and had a nice time drinking and talking - until we suddenly realized it was 3 AM! That was pretty shocking as we had been going to bed pretty early most of the days. 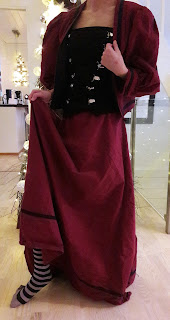 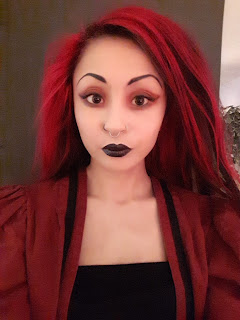 Boring make-up.
I remembered why I don't do cateye make-up.
Not doing that again anytime soon LOL 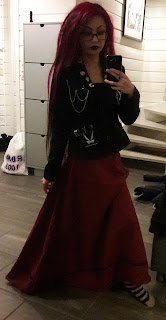 I felt so lovely in a long skirt!
I never get to wear them.
(Cause you know, practicality.) 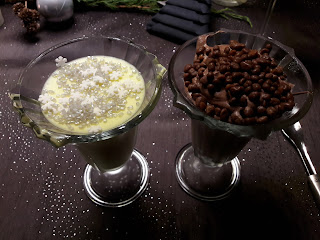 Second yule day Simen's aunt and uncle came over, and we had a nice dinner - With an even nicer dessert! Sadly I miscalculated how much dinner I should have eaten, and never finished the dessert :(

The next day the shops were open again, so we ran some errands in what they apparently call ''the city'', which is a tiny doll's city center compared to what this big city girl is used to, haha.
Later in the evening we went to a pre-party with Simen's old classmates. They were supposed to go to a locally arranged party, but when we went to it last year we absolutely hated it, so four of us decided to spend the rest of the evening at Isak's place. We had a nice time, but we all ended up getting tired pretty quickly - Pathetic, haha. We were driving home the next day anyway. 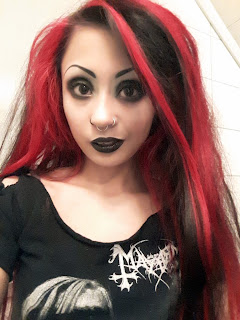 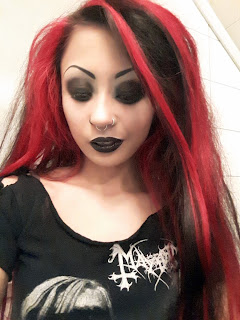 So on the 28th we headed home. We got a pretty late start since we had been drinking the night before. It got even worse when we stopped by Simen's grandma and ended up staying longer than planned. When we left there it was dark already (around 5 PM). It sucked driving through the landscape between the big cities, as big parts don't have lights. I say that as if I was driving. I only did my duty as entertainer of the driver so he didn't fall asleep! So now we're home again. 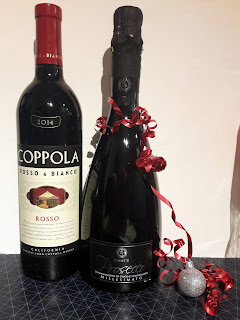 Today I've been at work, and it was super quiet, so pretty boring. I got a yule present from work though! Now we have even more to drink for new years. I'll probably be back with one more post before that. After that my blog will officially be 1 year old! I made it during the holidays last year, but I didn't start posting until it was 2017. I should celebrate! And most of all, thank you for reading it! I'll probably update the design and do a little year in review or something.
Anyways, I'll leave now, and if we don't touch through the internet before then, happy new year!
Posted by Caroline Åsgård Skulstad at 12:50 AM