I was pretty excited to hear that Satyricon would play at Hulen again. They played there 4 years ago, when I had just started working there, and it was probably my best concert experience there. So this was going to be the Hulen show of the year! Last year's show of the year there was Enslaved, just FYI.

I was sick the days before (okay still am), but I didn't care. Which is pretty stupid, considering the show was sold out, so to get a free spot I had to be there early. I wore my wool cape for that 45 minute wait though! Fitting, and I got several compliments on it.
Since I had seen them twice from the front row before, I decided to sit on the high table in the back, so I could still see - Sitting that far up made me as tall as everyone else, lol.

It was an amazing show! And over way too soon - so thought everyone else, the entire crowd was wild. Is it just me, or haven't they used keys before? Cause it made a noticeable difference this time. The setlist was great, they played pretty much all I wanted them to play. I was a little scared they would focus too much on the new album (which is understandable), cause I didn't really like it that much. But I was very satisfied with the setlist! Mother North was magical as usual.

I definitely recommend seeing Satyricon if you have the chance! They will be touring for about a year now, so they are probably gonna show up near you. This is the third show I've been at, and it was still fantastic! So I will definitely see them again - Hopefully at Hulen! They seem to like playing there (it is an actual cave, after all), even though it can only fit about 300 people. 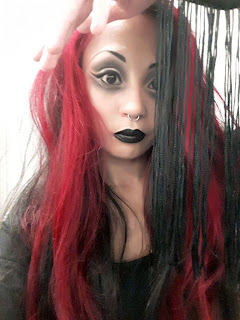 I wore my thrifted Morticia dress with fringed sleeves! 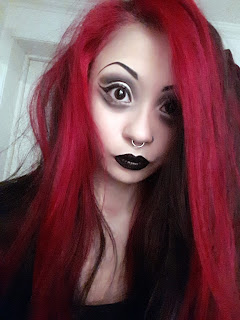 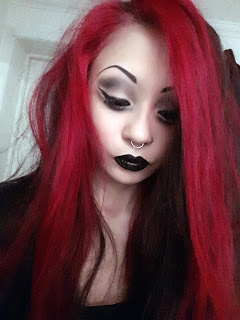 Went a little overboard with the make-up 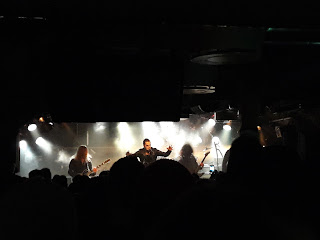 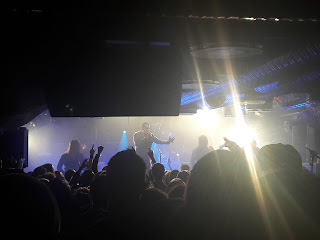 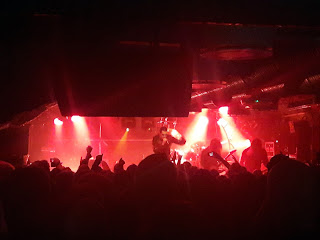 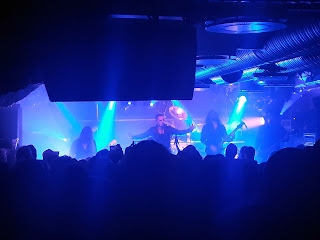 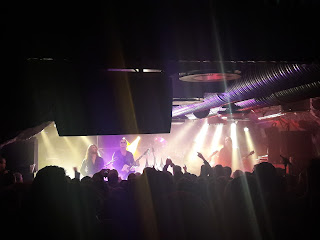 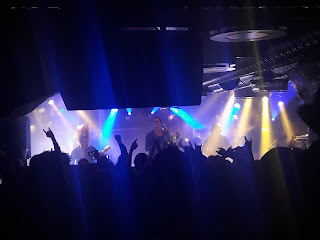 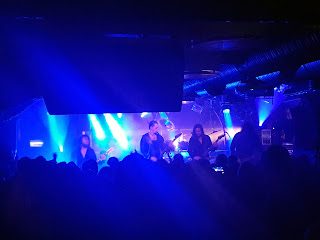 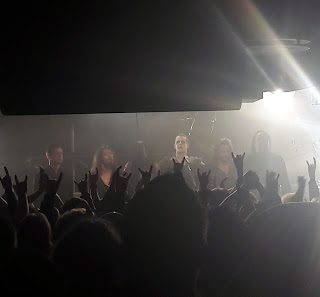 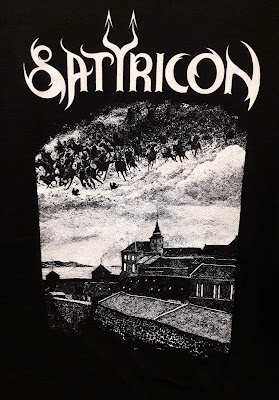 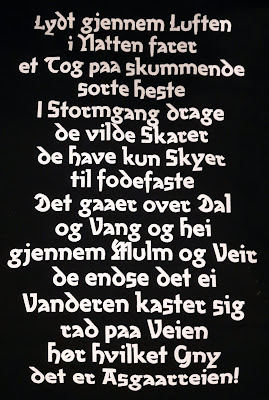 This is the print of the shirt I got at the gig!
My last name is Åsgård, so I thought it was fitting.
I'm actually getting Åsgårdsreien tattooed when I can!
They only had the shirt in L, but I got it anyway.

Here's what it looks like now!
Metalchick problems solved.
They had girlies btw, but they were boring.
Pants are second hand, socks are from H&M. 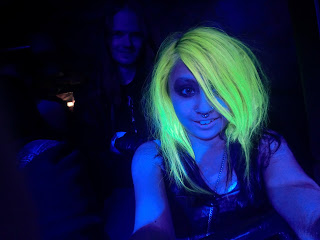 Yes, my hair glowed in blacklight at the time. So awesome. 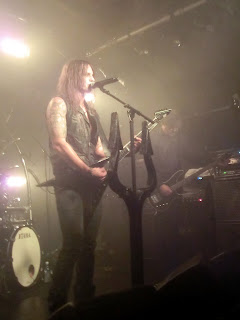 I forgot he had long hair then! 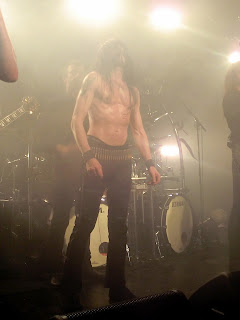 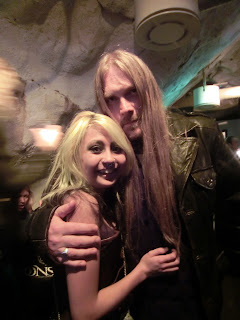 I met Nocturno Culto! He was so nice.
Actually, at the show just now I saw Odd-Magnus Williamson!
Norwegians will know who I mean. 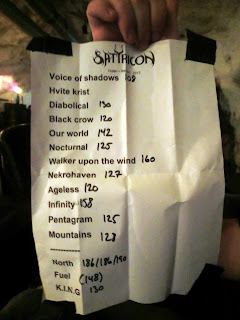 Aand why not a throwback to Wave Gotik Treffen 2014? 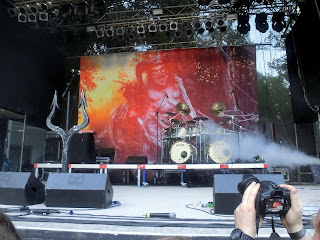 I think the venue was Parkbühne, which hasn't been used since then, I think? 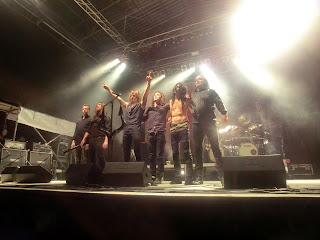 One of the photographers got a photo of me!

Well, hope you enjoyed that! That was pretty lengthy. Experiencing it was very enjoyable for me, as well as walking down memory lane! If you haven't seen them yet, do it! If you have, tell me about it!
Posted by Caroline Åsgård Skulstad at 8:23 PM