And now for the big evening! Here in Norway we celebrate on the 24th. Simen's mother had the idea to fold napkins in some way, and we found a video tutorial on yule trees! I love that her color of choice was black. I was apparently the only one who managed to make them ''nice enough''. They were quite the hit, so I ended up making some for Simen's aunt and uncle later! 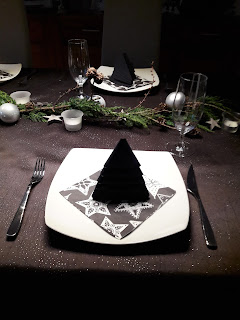 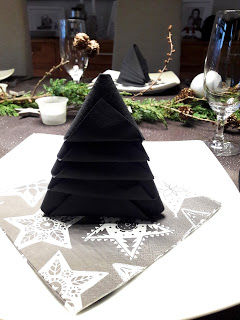 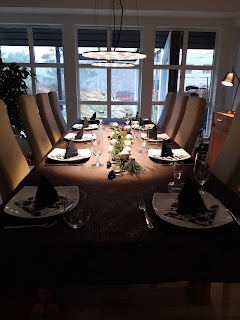 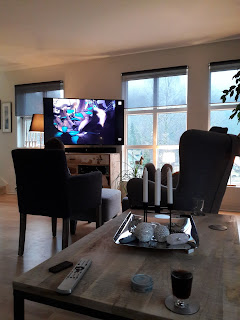 No yule without Disney! 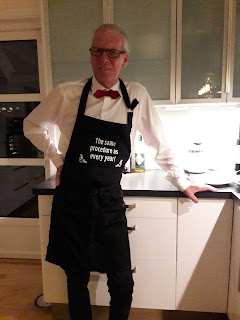 Simen's dad in the apron we gave him last year!
If you didn't catch it, it's a reference to ''Dinner For One''. 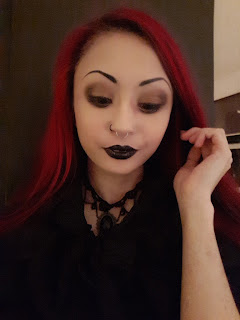 My make-up for the evening.
Lipstick applied AFTER dinner, of course. 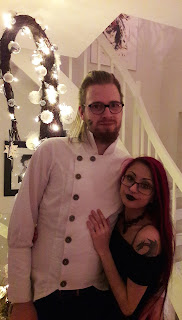 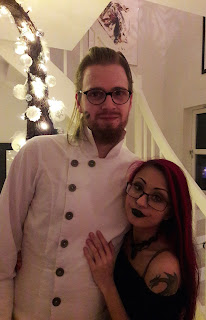 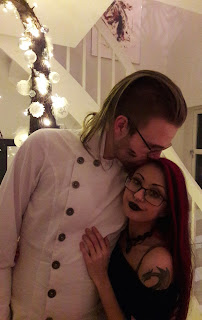 Had to take some lovey dovey photos. 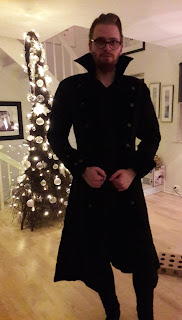 Simen in his new coat!

We bought each other Dracula Clothing, haha!

Finally a corset that fits me!
It's 18'', but obviously just barely tightened here.
The waist cincher length is perfect for my short waist! 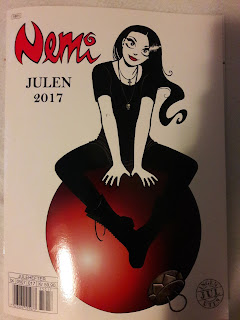 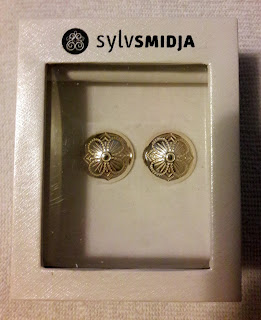 Cufflinks for my bunad (national costume)!
Amazingly generous from my aunt and uncle. We got lots of useful stuff, wow! 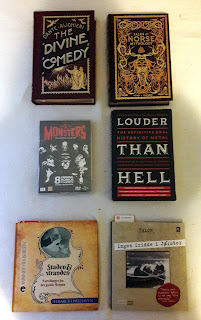 Books and dvds for me!
My family knows me well. 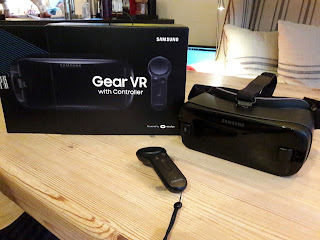 VR glasses for Simen - He loves them! 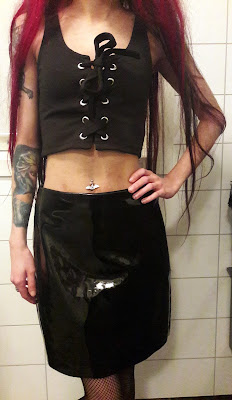 My sister got me these from H&M! 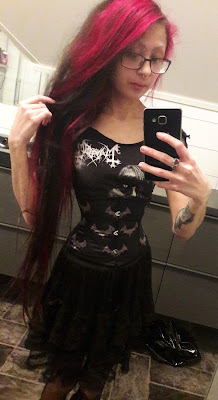 A better photo of my corset.
Here laced down to about 19''.

Gah, too many pictures! It was a really nice day with Simen's family. After dinner was kind of a blur, with so many people unwrapping so many presents. I barely managed to remember what we got! So the next days were spent checking them out. We still have to open all the kitchen equipment!

I'm writing this shortly after we arrived home again, hoping to get some warmth in my fingers. I hope you've all had a nice holiday! For us it's back to work tomorrow, but we both have new year's eve off. I'll probably get up the last post about our holiday tomorrow! I also have a post about goth and fetish culture in the works, I think that'll be really interesting for many people. See you soon!
Posted by Caroline Åsgård Skulstad at 12:40 AM