I was reading a back issue of Gothic Beauty, and noticed an ad about Tragic Books. The ad had the old blogspot url, which had ''.no'' at the end of it, which caught my eye. I checked it out, and turns out the author, Isis Sousa, lives right here in Norway! I contacted her, and she is really nice! I hope to meet up with her. She kindly sent me two of her books, so I will be reviewing those! I'm also reviewing a short story of hers that you can get for free on her website: https://tragicbooks.com/ 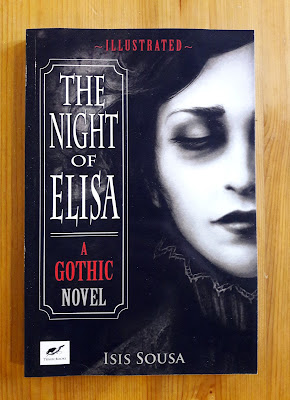 THE NIGHT OF ELISA
This book is a great, modern victorian gothic novel. Elisa suffers tragedy and mystery, and we follow her while she floats between life and death, and all the people that she meet in both worlds.
The writing style is a mix between victorian and modern. It's an easy read, it's not heavy to read at all. If you're not used to reading victorian novels, this could probably be a good transition. It's written in third person, and doesn't focus only on Elisa, but other characters when need be, so we get to know them better as well. The descriptions are lovely and very romantic, without being too much. 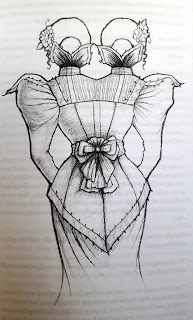 The story picks up pretty fast from the beginning, then keeps an okay pace. Within the very first pages of the book you realize that Eliza will be in grave danger. Aside from the action, there is quite a bit of romance in the book, which reminds me of the classic young adult paranormal novel. I don't really like those types of books anymore, but luckily it's not overpowering in this story. Just a smidge too romantic for me - I'm not much of a romantic, haha. But the book has a nice, happy ending - I guess? Haha. I liked it, at least! 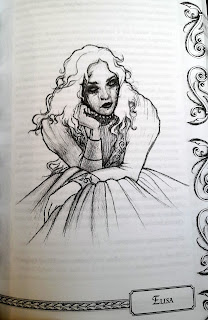 And I have to say; Isis, thank you for interpreting tarot cards the RIGHT way! It's such a pet peeve of mine when I watch a tv show or something where they draw the death card and they take it literally. So this book contains nudity, the occult and the supernatural. That is why this book is recommended for 16 and up. I'd say the same too. I'd recommend this for people over 16 who are interested in the gothic, and doesn't mind a bit of romance. 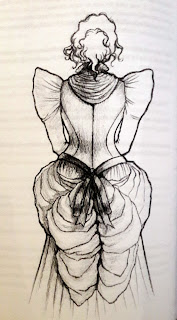 The book is just over 200 pages long, and the back of the book also has a short glossary and ''the making of''. Sprinkled throughout the story there are beautiful illustrations done by the author herself. 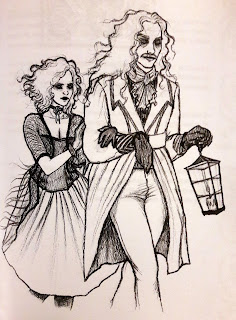 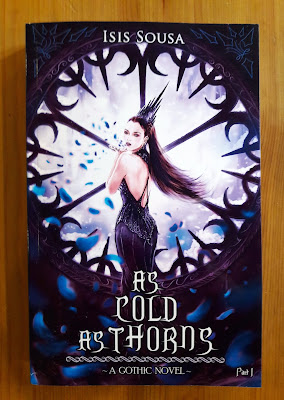 AS COLD AS THORNS
Forgot to mention this in my review of The Night Of Elisa; In the beginning of the books it says ''This story is a work of fiction. Any resemblance to a living, dead or ''undead'' person is a mere coincidence!'' That made me giggle.
This was published two years after The Night Of Elisa, and you can definitely tell Isis Sousa's writing has improved. The writing flows better, and the tone isn't as ''modern'' anymore. It makes the story feel more realistic, as this one is also set in the 1800s. That also makes this a heavier read than The Night Of Elisa, but still not very heavy. 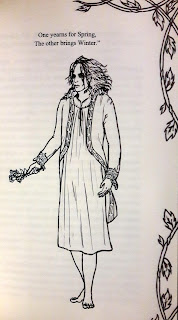 Henrique is a royal tailor in the kingdom of Iberia who is in love with the princess Catelyna. Sadly she is betrothed to a man Henrique despises, Augusto. Strange things start to happen to Henrique. He becomes ill, physically and mentally. And it makes him do bad things. He struggles a lot, cause he wants to do anything he can to make the princess happy. 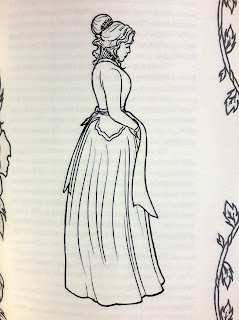 Like Isis told me herself, the main focus is what happens to Henrique, that makes you wonder what is it that makes him do these things. I might have an idea of what it is, but we'll see in the next book! This book is more intricate than The Night Of Elisa, a little romantic, but very different. It's interesting to see the author's abilities to write different stories! Her other books are completely different as well. 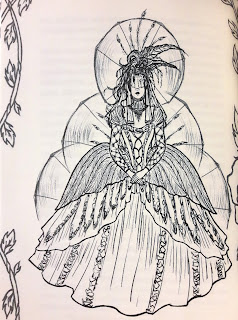 I was a little confused about the story arc itself, it didn't seem to have that normal story arc. For the most part it goes kind of like a ''slice of life'' story, which changes location depending on where things are happening. But there are also a few peaks of complete and utter shock and terror, so I have to mention that there is a little gore in this story. I would recommend this for young adults.

The book is 340 pages long, and the text itself is way more ''compact'' than in The Night Of Elisa. Nice illustrations, reminds me of Pete Venters' illustrations in Jillian Venters' Gothic Charm School. 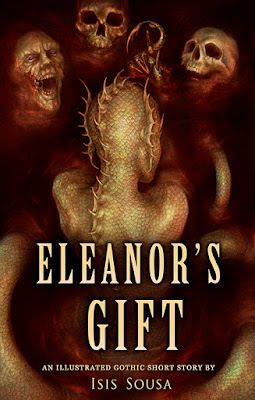 ELEANOR'S GIFT
This was published in 2015, so in between The Night Of Elisa and As Cold As Thorns. So the writing is somewhere in between those two. This is a dark gothic short story, and it starts off abruptly, and it really gives me a Sleepy Hollow feeling. Lord Welton discovers that there has been a terrible carriage accident after a horrible storm, and takes the sole survivor, a young woman, to his home. Then strange things start to happen. All throughout the story things happen at a very fast pace, which I think is completely fine for a short story. It ended very suddenly as well! I was like WHAT. I would definitely read more about Eleanor! ISIS PLEASE WROTE MORE.

The story was a pretty easy read. I just read it in a PDF viewer on my laptop, and you could easily read this story in one sitting. I definitely recommend it if you're into gothic / horror / fantasy! This also has beautiful illustrations, but a lot different than in her other books. Contains a little nudity and descriptions of gore, so might not be suitable for younger teens.

Get it for free here!


So that was my reviews of three of Isis Sousa's works! Different stories, but all very dark and gothic. She also has art and photography books! Check out her website to know everything about her books!
Thank you so much Isis for sending me your books! And I hope we manage to meet soon!
Posted by Caroline Åsgård Skulstad at 5:54 PM