The Cure by The Cure Review 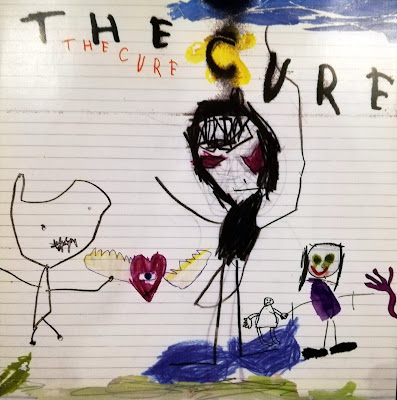 This album was produced by Ross Robinson, who has worked with Slipknot, Korn and Limp Bizkit, so you can definitely hear that the sound on this album leans more toward those types of sounds. The art you see is drawings made by Robert Smith's nieces and nephews, but you might have guessed that already.

Lost
While this is a relatively calm song, it's kind of heavy. It reminds me a little of Nine Inch Nails. I love the raw emotion in Robert's voice. It isn't love when you lose yourself when you're with them!

Labyrinth
The vibe of the last song flows nicely into this one. Though this one sounds more like The Cure, except the effect on the vocals in the beginning of the song. The lyrics are pretty long and repetitive. Change can be scary!

Before Three
This song is pretty happy, but it doesn't have that poppiness most happy Cure songs have. It's pretty.. mellow, rock, I guess? It looks back at a happy time in love that is no more. I look at it positively, though!

The End Of The World
This one starts pretty abruptly, and is a little more upbeat and cheerful-sounding than the last song, even though the lyrics aren't. It's about a relationship that didn't work out. But I like it! 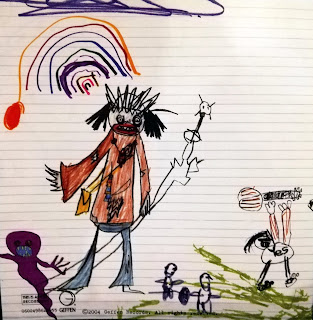 Anniversary
Very unique sounds in this one, it has a very nice vibe, and Robert's singing is beautiful. The lyrics are simple and sad, and do what they're supposed to.

Us Or Them
This kind of hits you in the face, it's almost metal! The instruments are heavier, and Robert screams aggressively. The lyrics seem to be about religion, or maybe politics.

Alt.End
This feels like a less heavier version than the last song. The lyrics could be interpreted in a number of ways; it could be Robert saying he doesn't want to continue with The Cure, it could be a break-up song, or even about death.

(I Don't Know What's Going) On
A more poppy, light feel. Robert's voice reaches a great height in the chorus!

Taking Off
This one sounds more like the cheerful poppy songs they used to do, but not 100%. I think there is something missing to make it great. I feel the lyrics are about enjoying the moment with someone you love, and tomorrow you can worry about your life again. 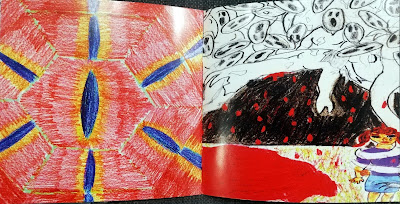 Never
Pretty heavy instruments in this one, and Robert ends up screaming a lot. Pretty sad lyrics.

The Promise
This one is over 10 minutes long! It's very emotional, but it drags on. It would have been okay if it was shorter! I guess like in the lyrics you feel like you've been promised something good, and you're waiting for it, but it doesn't come. You promised, Robert, but we're still waiting for a good album again, haha!

Going Nowhere
A nice and calm song to finish off the album. And nice to have a short song after the last one! It's sad and sounds more like The Cure, so I think that was a good one to finish on.

This is an album most Cure fans aren't fans of. The sound is very different, and it doesn't really feel like them. There are very few songs that really stand out to me and that I really like. Sometimes it feels like the album is consistent, but then it takes a turn. I think my (European) CD edition is a little over an hour long, it seems like what you get in every region is different, so if I am missing some songs or have some you don't, that's why. I don't know if the different editions would make much of a difference. This is an album I almost never put on. I think it's a big shame that THIS is their self-titled album when it doesn't really sound like them. But oh well... Only one album left now, my review on 4:13 Dream will be up on Monday! 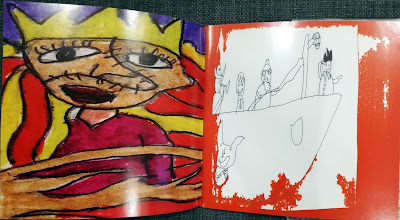