Wish by The Cure Review 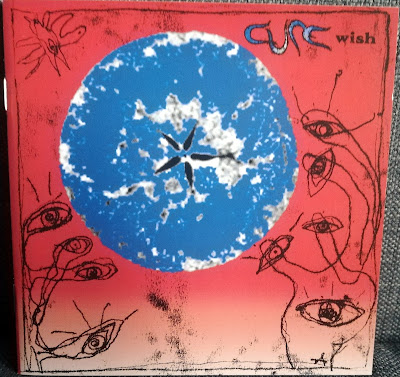 Released 3 years after Disintegration, we have now entered the 90s. That was a quiet decade for them, with only two studio albums, but they were still riding on their commercial success. On this album they kept little of the sound on the past album, but still kept a lot of the emotion. They went in a more ''regular'' rock direction, but also gave us a couple of cheerful songs! Also worth mentioning; since Lol Tolhurst was kicked from the band, they now had Perry Bamonte on board.

Open
As the album starts, we can tell that they again have left the gothic sound behind. This is pretty much straight-up rock, no keyboards. The song describes what a lot of introverts or people with social anxiety feel when they're at a social gathering. But then ''until someone slips me heaven'', and it all goes spiraling downwards.

High
This one is more cheerful! Really nice guitars. The lyrics are reminiscent of Disintegration, but this time it was someone he didn't lose, just almost. They're also built up similarly to Lovesong.

Apart
And we're back to dark - almost gothic. A great calm atmosphere. Again the lyrics are built up like High and Lovesong. This time there's a couple who is obviously bad at communicating. I guess that's happens to a lot of couples, they fight, but don't know how to make up (and might be too selfish to do so), and end up falling apart. 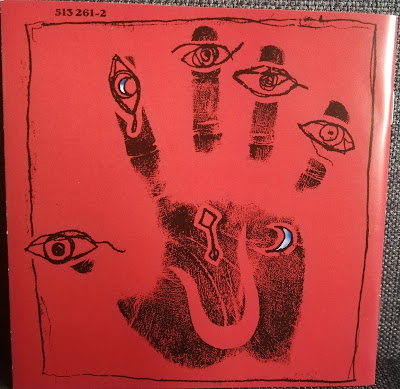 From The Edge Of The Deep Green Sea
Typical 90s rock vibe, I feel. But with some piano in there! The percussion is cool, pretty refreshing. And what, an almost metal guitar solo?! The lyrics to me seem like a ''Charles and Diana and Camilla'' type of relationship. A very emotional and powerful song.

Wendy Time
This one is a little funky! I don't know who the lyrics are supposed to be about, but that chick seems annoying, haha. Seems like a hooker or a fuck-friend or something.

Doing The Unstuck
''Let's get happy''! This is such a cheerful song, and I feel it's very underrated. And I wonder if this was on purpose: ''For dancing like you can't hear the beat and you don't give a further thought to things like feet''

Friday I'm In Love
Their most famous song. Overplayed to shit! And mentioned by someone on the internet every single Friday - and on the other days ''but it's not even Friday''! Yeah, yeah, it's fun and great, but come on, they have so many fantastic songs, even just on this album! Not putting it down or anything, it's a good song, a very happy ''being in the moment and forget everything else'' feeling (with the one you love, of course). 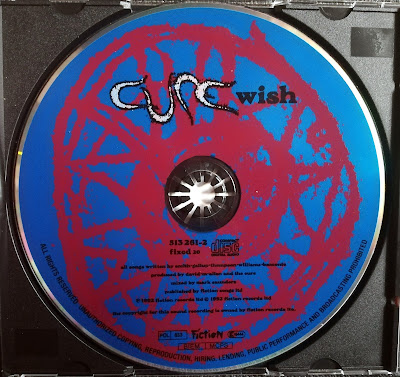 Trust
This is just incredibly depressing, especially when it's placed right after the previous song. It reminds me of Homesick. All the instruments are layered nicely and really express the emotion, so does Robert Smith's voice.

A Letter To Elise
Another piece that still hangs around from Disintegration; this reminds me of Pictures Of You. It's a sad break-up song, but the keyboard melody makes it sound more cheerful. I really like the guitar solo, it really brings the emotions of the song to its climax.

Cut
Back to rocking out like earlier in the album. I feel there's too much happening at once in this song though, so it gets a little noisy. Because of the power of this song, it doesn't seem as sad. It describes a relationship / friendship where the other person has turned on you, but you still care for them.

To Wish Impossible Things
Slower and darker. All the instruments (and Robert's voice) create a good atmosphere. The violins really strengthens the emotion in this, it's really beautiful. The lyrics are fairly simple, but powerful. It could be about any loss, but probably a possible relationship.

End
Great bass and guitar. Good drums and cool effect on the vocals! To me the lyrics sound like Robert's feelings about the band and its fans. After all, he isn't very fond of fame. I wonder if he was actually considering giving up at that point? I know after this album came out it seemed that way, and they wouldn't release another album for 4 years. It's a scary song to put at the end of the album!

This one was shorter than Disintegration, but still pretty long at about 66 minutes. The songs themselves are mid to long length, none of them I feel are too long. It's overall a good album, but not one of my favorites. They definitely could have done much worse, it's hard to live up to the previous album! Also, I feel like the title of the NEXT album (Wild Mood Swings) would also be fitting to this one! I will talk about that one on Wednesday, so come back then!
Posted by Caroline Åsgård Skulstad at 10:18 PM