The decade is coming to an end, crazy, right? I'm not gonna recap the entire decade for you, just the last year of it. And what a year it has been. Let's look back at the highlights!

The year literally started with me deciding to propose to Simen. I did it in March, on our third anniversary, and now we are engaged! That's definitely the biggest thing that has happened this year, even though nothing has really changed, except that we're planning our wedding. Read the proposal story here!

Backtracking a bit... In January I started participating in a medical study. I am taking a pill against my atopic eczema, and it's the best treatment I've ever tried. It's not perfect, but the fact that it has kept my symptoms to a minimum for almost a year now is amazing.

In April one of my best friends Teresia came for a surprise visit. She drove 12 hours from Sweden just for me! I thought that stuff just happened in the movies. But one day I was woken up BY HER! It was so crazy, I can't believe someone would do that for me. Simen had of course helped plan this.
Here's the blog post I wrote from that weekend. 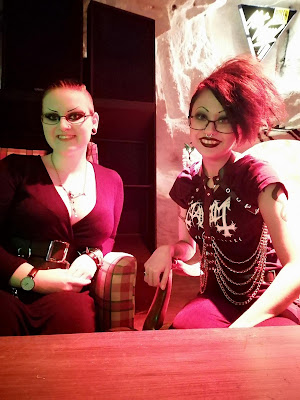 In May I started hosting meetups for the local goths. As many as 18 people have showed up for these, and I keep doing them every month. It's very casual, all ages can come (gothed up if they want) and just talk and hang out. The local goth night is also still going, and I'm so happy we now have a small local scene with events. Just 2 years ago I could only dream of it! And now I've helped make it happen. Earlier this year I also started the blog and facebook page Goth Norway, where we collect and share goth and related events around the country, so people can find them easily. In June we went to WGT as usual. Met so many people! Old friends, online friends for the first time and new ones. Saw many great bands, mostly newer ones this time! All blogs about WGT can be found under the WGT tag here on the blog. 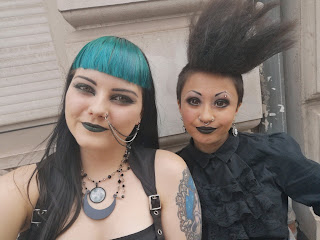 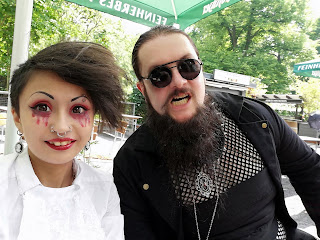 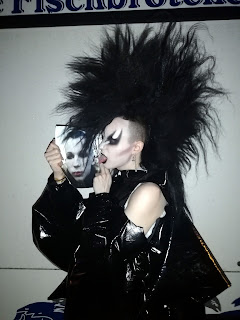 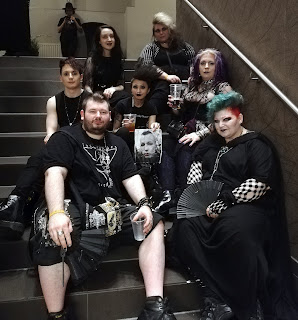 Days before my 25th birthday, I was officially diagnosed with aspergers. I just wrote a big post about it here. The day before my birthday, I went to Oslo to see The Cure for the first time! It was amazing. 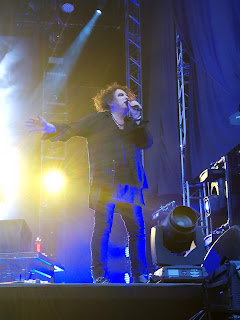 On my birthday Simen met me at Oslo airport, and we flew to Berlin together. By the night was over, we had arrived in Hildesheim, and our friend and host Benedikt greeted us at the train station. That weekend Simen and I experienced our first M'era Luna! We saw Fields Of The Nephilim, VNV Nation, Deathstars and more, and partied until late. Check out my blog post on it here! 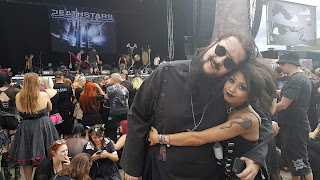 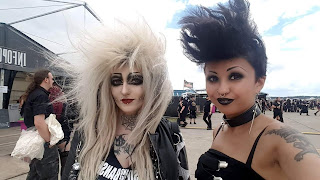 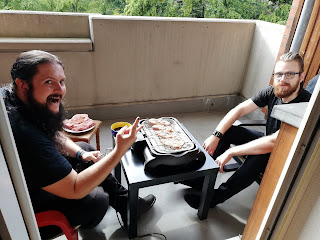 At the end of August we moved to a bigger apartment. Further outside of the city centre, 30 sqm bigger and €200 cheaper. Definitely worth it! We quickly filled it up and made it our own, and now it looks really nice. Check out the full apartment tour here! 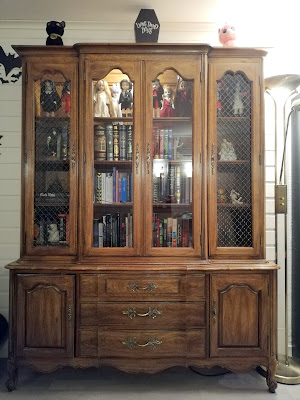 In September we saw De Press here in Bergen, plus went to Oslo to see The Sisters Of Mercy. Simen got his first tattoo, and I got some small new ones, all made by my friend Marthe. Blog post covering that weekend here.

In October five of us here in Bergen drove up to Trondheim to attend a new goth festival that had popped up. The roadtrip itself was fun, we visited Nidarosdomen cathedral and had a blast at the festival. It was such a cool and punk atmosphere, and everyone (including the bands) were so friendly. Check out the blog on that trip here. 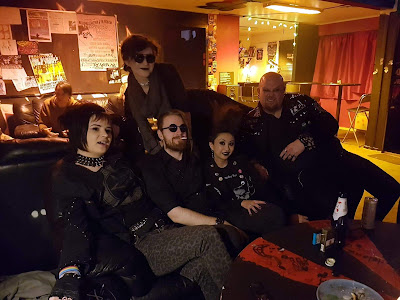 Before the holidays we will most likely have a wedding date, reception venue booked and save the dates sent out. I just received my wedding dress in the mail, so things are starting to happen and get more real! We will spend the holidays with Simen's family as usual, and then have a dinner and drinks at home with some friends on new year's eve.


So those were the notable happenings in my life in 2019! I'm very satisfied. I'm proud that I've managed to be so social and spent time with so many friends this year. Life is good, we've taken a few trips and grown as people. 2018 feels so far away now. Here's my recap of that, if you want to look back on that too with me!

This year I've had a ''quarter life crisis'' as I deemed it over turning 25. It's not that I feel I'm getting ''old'', it's more that now outdated expectation that you should have this and that, and your whole life in order. Also that 25 is often deemed the prime, at least of your youth. While I am happy and satisfied with my life, I always strive for more. I want all the happiness I can get! Now I also want more stability, and a more calmer life. I cherish the quality friendships that I have, and I want to be able to look back on this time as a wonderful time. By the time my birthday rolled around, I had come to terms with it. Time will just go by faster and faster, and we're now entering a new decade. 2020 will be the year I get married, so a new chapter of my life begins! I don't think much will change really, but it's definitely a milestone. And before I know it, I'll be 30! But first; bring it on, 2020.
Posted by Caroline Åsgård Skulstad at 6:49 PM