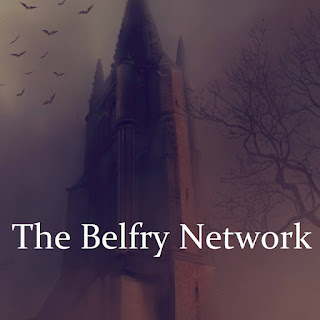 Today I'm going to talk about TheBelfry.RIP - A cool network with goth podcasts and other things!
If you're like me, you're a pretty lonely goth in a small place. What do we do? We turn to the internet to connect with like-minded people! When I discovered Wave Gotik Treffen I felt at home for the very first time. Sadly it's only a few days once a year. So I itch after connecting to other goths for the rest of the year! This summer I found something that scratched that itch, and that was the Cemetery Confessions podcast. 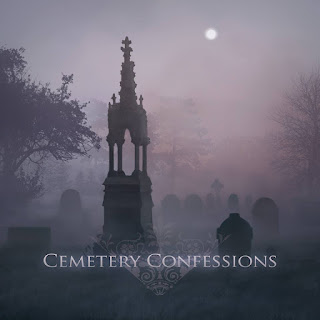 Cemetery Confessions is a monthly podcast that talks about goth related topics. Each month they take on a large philosophical topic, and discuss that, usually with guests. It's very insightful! It's also very fun, it's not all serious. For example the Gothquisition episodes, which they have two of now. They gather a bunch of people, and basically piss people off! I find it hilarious. I wouldn't really call myself an elitist, I don't take all this too seriously - It's important to laugh at ourselves!
They also talk about news related to goth, do reviews, interviews and more! I highly recommend checking it out. There should be a new episode coming out in a couple of days! They're also on Patreon! I give them a dollar a month. It's not much, but I like supporting them! If you give more they also have some cool perks. 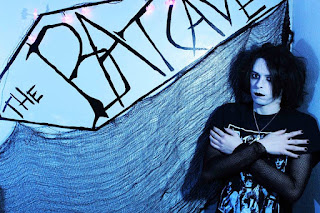 GothCast is another podcast, and they mostly talk about music. They have tons of episodes dedicated to bands (often multiple), where they review every album and such. I find it really fun, as weirdly enough goths rarely discuss music. It's usually just ''I like this - Oh me too!'' or something. Boring. These guys will even come with some unpopular opinions! They also have a website where they post more than the podcasts - they do some videos too! 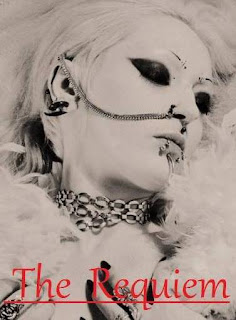 The Requiem is a podcast that consists of setlists by different DJs! Every week there's a new podcast. It's a great resource for discovering new music! There's a lot of these bands that I've never heard before (as far as I know). GothCast mostly talks about classics, and I know basically every single band they talk about, so The Requiem can be pretty refreshing! Probably great for parties too!

There are also other podcasts, but I haven't checked them out yet. I've heard every single Cemetery Confessions and GothCast podcast, and I'm still casually going through The Requiem. Head over to TheBelfry.Rip and check it out! They also have a facebook page, as do all the podcasts, where they post news, memes and other interesting stuff! You can download the podcasts on iTunes or their Belfry Network App in the Google Play Store.

Now I'm gonna head on back to curating in the Gothic community on Amino! I found that community through Caligo Bastet a short while after I found The Belfry. It's not a perfect community, and there's a lot of young people there, but as a team member I'm trying my best to make it a good place to connect with goths. Amino has communities for everything, I'm also a member of Trad Goth and Black Metal. So if you want, download the app and check it out! That's it from me today, have a nice day! By the way thank you for all of the views I've gotten the past few days! I have no idea where you guys are coming from (I can only see that you're from the USA), but awesome! Hope you enjoy.
Posted by Caroline Åsgård Skulstad at 4:51 PM