Weekly Wicca 1: Introduction, What It Is & Isn't, Basics 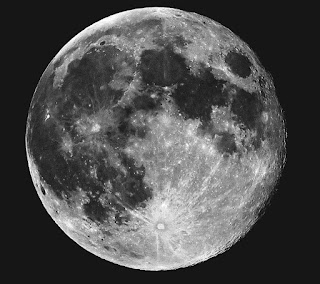 Hello, and welcome to the first post in my Wicca series! I was requested to do some posts on it, so I have chosen 10 topics of various size, which I find important and will hopefully teach you the basics of Wicca. But remember that you still have to do research on your own, both literally and spiritually.

So let's begin! What IS Wicca, anyway?
It's a neo-pagan religion, and us who practice it are called Wiccans or witches. Wicca means ''the wise'' in Anglo-Saxon, and our practice is sometimes called ''the craft''.
We have no offical sacred texts, but the most important thing we go by is The Wiccan Rede, which says: ''If no harm is done, do what you will'' - it's formulated in different ways, but essentially, just do whatever you want, as long as you don't harm anyone; yourself, other people, animals and nature.

There are several ''paths'' in Wicca, which I will talk about in depth in a separate post. Some people practice the craft in groups called covens, but a lot of us (like me) are solitary witches. Again, I will explain all of this further in a later post, as there are so many different paths.
Since there are several paths though, we don't always honor the same Gods for example. Some of us believe in both the God and Goddess, and some feel the Goddess is kind of both of them. Kind of hard to explain, but the point is; our main God is female!
One thing we all agree about is that we worship nature and the elements. That is where we draw energy from, where our spells and rituals are based on, and so on. We are, essentially, as I say; treehuggers!

We are NOT devilworshippers. We do not believe in the christian God and Devil. There's the clue right there; the devil is a christian thing. Let me also mention that satanism is not the same as devilworshipping, and that satanists often have greater moral codes than some christians. If you want to learn more about that, google is your best friend.
Like I just said in a previous paragraph; we don't want to hurt anyone. Our spells is essentially the same as prayers, we just involve physical objects to represent the elements. 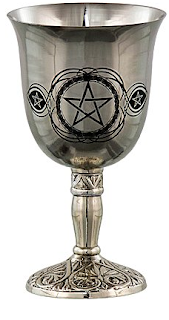 An important thing in our belief is cycles - everything is pretty much a circle to us! Our rituals, the wheel of the year.. - Which has a ''story'' behind it, where the Goddess and God experience things at every Sabbat (the next post will be about the Sabbats). Everything in nature goes through cycles. Plants, rocks, animals and humans. We are created / born, grow, lives and influences others, then die and go back to the earth. It's like we are re-sown into the earth to grow again! This belief of reincarnation in different ways has been around for many, many years.
The solar system is a cycle, so is the lunar cycle - which both influence us greatly, Wiccan or not. We choose to be in tune with the universe.
Other things we celebrate is the life cycle itself, much like any other religion. Birth, marriage and death. We have our own naming ceremony, handfasting (marriage) and funeral rites.

One thing a lot of humans tend to forget, is that if you take away all the details, we essentially believe in the same things! Time and different cultures have just changed them slightly and added much more details. I don't see why humans argue about religion so much, because of that. Religion is such a personal thing, why enforce it on others? That's not nice. You believe in what you believe in, you can't help that. As a child I was very confused as I was learning science in one class and Christianity in the other, and I thought the latter made no sense. Thankfully schools in Norway teach children about ALL religions, which I think is great! Also as a child I LOVED history, especially the archeology type stuff. I loved reading about ancient mythologies, which was probably my first ignorant baby steps into my belief today. I rarely talk about my belief, cause there aren't many Wiccans that I know of, and it doesn't exactly come up in conversation naturally. It's personal to me, and I think what I believe in is my personal business - same with others'. BUT since I have been asked to write these posts for you, I hope they are informative, even if you're wondering if Wicca is something for you or not. I just ask for respect. Thank you, and blessed be. 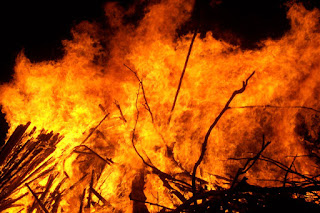 The mighty element of fire
Posted by Caroline Åsgård Skulstad at 5:03 PM