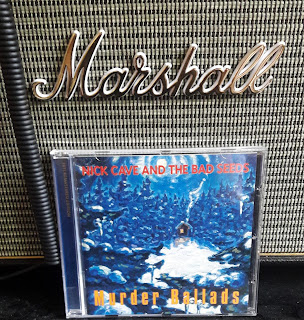 Today I have another album review for you! It's almost as old as me, but before this post I had never listened to it before in its entirety! I have known Where The Wild Roses Grow since I was very young, and I have heard some of the others before as well. So let's see how this album is as a whole! 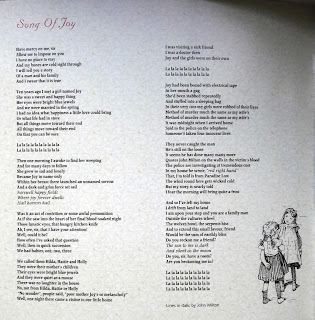 Song Of Joy
His voice is so beautiful. The lyrics are so sad! I feel that it ends with a very good climax. 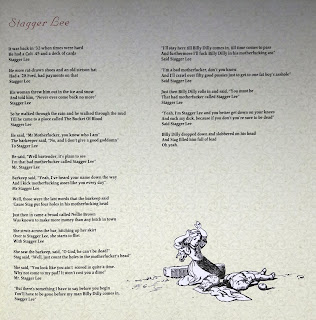 Stagger Lee
I guess you could describe this song as sexy and cool? Hahah, that's so weird to say. But Stagger Lee is one badass motherfucker! The last minute of it hurts my ears though; so high-pitched! 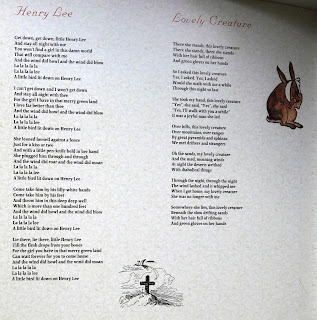 Henry Lee
Oh, how I love this song. It's so beautiful! I love the sound of their duet, it's chilling. It has those certain notes that give me goosebumps! Though the highest one at the end is a slightly uncomfortable one. But other than that it's such a beautiful song.

Lovely Creature
The female vocals are so cute in this! Very pleasant to listen to. 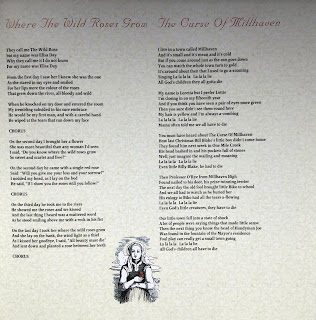 Where The Wild Roses Grow
The song that EVERYONE and their mother has heard! Probably thanks to Kylie. When I was old enough to read into the lyrics, I became fascinated at once. Elisa Day is kind of stupid though. One day I will have the Living Dead Doll of her! Anyway, it's a very beautiful song that could almost bring you to tears. It has really gotten the fame it deserves! 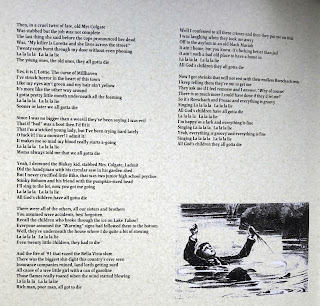 The Curse Of Millhaven
Ok wow, disturbing start of this one - Especially right after WTWRG! I have heard this several times before, but I totally forgot about that - And was way too deep into the last song, haha. Does anyone else think that this pretty much just sounds like a faster version of Henry Lee?
The lyrics to this are 1,5 page in the booklet, so it's pretty long - and I really like the story of it! I think it's a pretty fun song for being so.. morbid, haha. 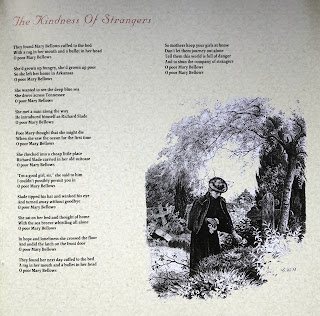 The Kindness of Strangers
I had to do a double take - This wasn't Stranger Than Kindness! I haven't heard this one before. This one is slow, and starts off sad right at the start. I really like the illustration beside this in the booklet! Well most of them are nice (the first ones remind me of the illustrations in Alice's Adventures In Wonderland), but I liked this one the best! Oh typical Victorian-loving me. The sobbing in the background of this is interesting, I like it! And that she joins him in the last verse. 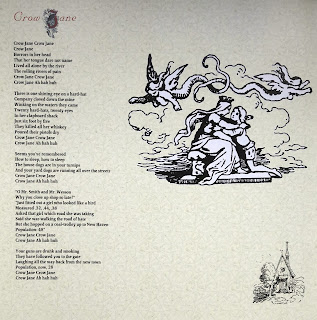 Crow Jane
Ok at first I thought this was a little boring, but at the end of the first verse it started growing on me. O'Malley's Bar
Kind of funky. No one can sing about his hard dick as beautifully as Nick Cave, hahaha! The lyrics of this one are a little over 2 pages long in the booklet, wow! Well it's 14:28 minutes long, so. It drags on a little bit, but it's not a bad song. It definitely fits on the album. It's quite the story. 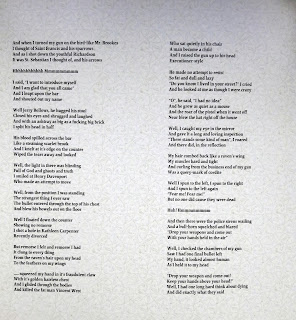 Death Is Not The End
A very nice and slow song, featuring several singers! They all have different voices, but they do sound very good together! 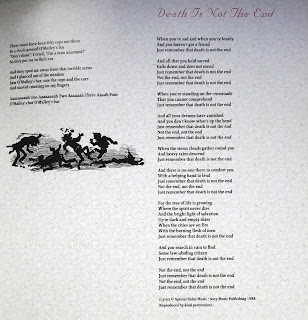 When I found this in a record store last week, I also found Push The Sky Away, but since I was already getting three cds, I decided to leave it for now. If anyone of you have thoughts on it, let me know what you think! They have so many albums. So far I have Let Love In, Skeleton Tree and a best of cd - and some compilation cds that have some Bad Seeds and Birthday Party songs.

I think Murder Ballads is rivaling Let Love In as my favorite album by them! I guess I'm a sucker for dark stuff. Their music is so experimental, there's so much variation, but I think the songs on this album work together pretty well. It's a good mix of slow, fast, funny and sad. For some this album might be too much, as it obviously contains a lot of murder, violence and swearing. But if you don't mind that, you should definitely check out this album if you haven't already! It's great.

The band is actually coming to Norway closer to the end of the year! But it's in Oslo, so that would make it a little tricky. I also checked last night, there are very few tickets left (same for Sisters Of Mercy in Stockholm). Oh well, I guess I'll survive! This is going to be a good concert year anyway. Are you going to see them on this year's tour? And what do you think about this album?
Posted by Caroline Åsgård Skulstad at 5:02 PM