Hey! Thought I'd share my weekend with you guys. Maybe not super exciting, but I finally got around to start on the DIY projects I've planned for a good while now! Because of WGT and stuff I didn't have time to start until now. So check it out! 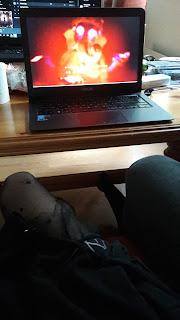 Me and Simen started watching American Gods as I customized the shirt I was wearing. It was WAY too wide, and I don't know why I didn't fix that before, as I have already customized the neckline and sleeves of it. American Gods is okay so far - I think it's a show that could work for most people, and I kind of got the same vibe when I started reading the books around 5 years ago. It's okay, but what I like about it (and the books) is the mythology. With the show I appreciated they gave Laura a backstory - and she's played by the girl who played Violet in A Series Of Unfortunate Events! The characters are really quirky, and damn, Crispin Glover never ceases to be creepy as fuck! We've only seen 5 episodes I think, so I might update later. I wanted to wait until the entire season was out, that's why I haven't seen it until now. There's also a bunch of other shows I'm waiting for! 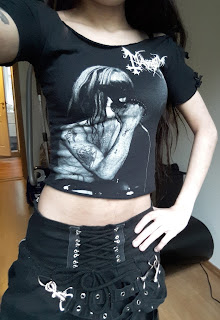 Anyway, here's how the shirt turned out. Perfect! 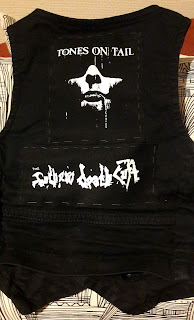 Then I got started on my vest.
It's so tiny! 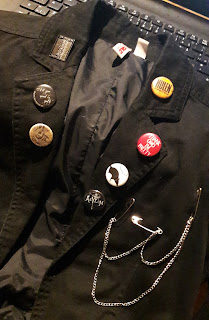 The first addition to my blazer. 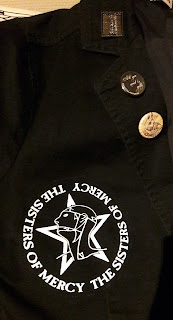 This one looks so great! 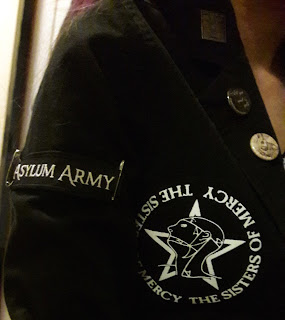 Hard to take a photo of, but an Emilie Autumn patch. 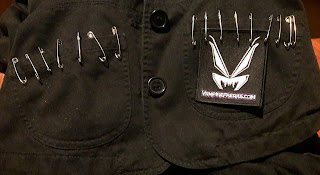 The last things I did on friday night.
First thing I did on saturday was to sew that patch on.

Outfit rest of the weekend
God I love this shirt.
Anyone else who likes Adventure Time?
Gunther shirt - Official AT merch
Jeans (why do they look blue?) - JAG
Red socks - Gifted 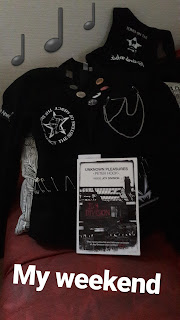 On saturday I read book the fifth in The Hunchback Of Notre Dame (what the Gothic Amino book club is reading nowadays). It was really short, so this meant that I could start my new Joy Division book! I really love it so far, and will definitely put up a review when I finish it. And of course, the entire time I've been listening to mostly goth rock. 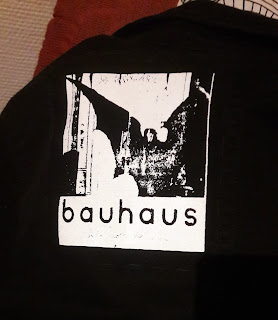 Now for the back of the blazer! 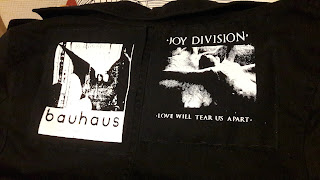 The top of it done 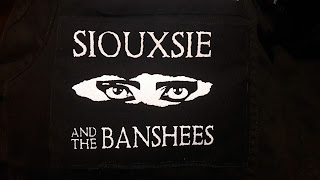 This went under Bela Lugosi's Dead
Then I pinned in place the others I wanted on there. 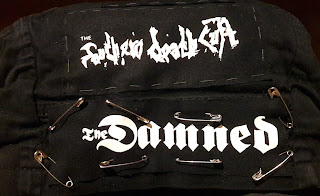 The bottom is way too thick to sew through, so I jammed these through.
I guess it works! Then I pinned in place patches on the front.
Still need to figure out what more to do with this vest. 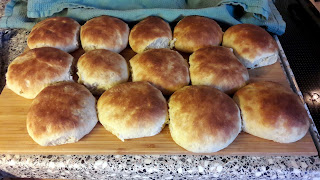 When I woke up on sunday I decided to clean the house a little, so we did that. Simen surprised me by making buns! I'm usually the baker (and asian cook), while he's the usual cook. I spent the rest of the day reading some more and doing some CD shopping! There's gonna be a lot of album reviews coming up. Hope you don't mind that! I'm actually gonna go do one now. See you soon!
Posted by Caroline Åsgård Skulstad at 3:33 PM