Gods Own Medicine - The Mission Review 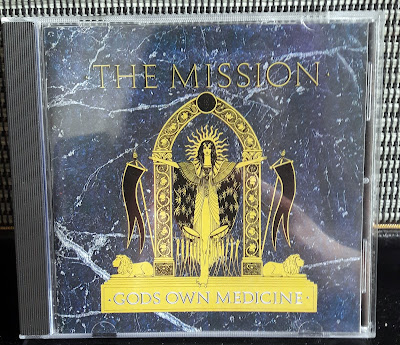 Since I last reviewed The Mission's newest album, why not review their debut album as well? Now this one I've listened to many times, and I love it. The cd I have is vintage, so I think it's actually from 1986. So I don't have the 2007 re-release with the bonus tracks. So this has 12 tracks. 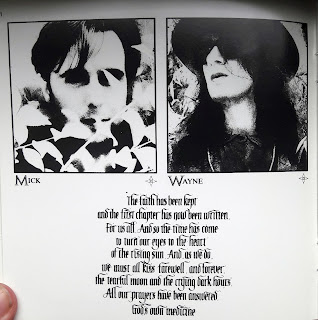 Wasteland
Probably the very first The Mission song I heard! I think it was a newer version though. It's a pretty sexy song, with a lovely riff. I really like the echo-effect on the last ''Wasteland'' in the chorus. It gives the song an extra oomph! And damn, that bridge! It's just so good! This will forever be a classic goth anthem.

Bridges Burning
Ah, this song is so cute! The riff just makes me so happy. The lyrics of this aren't that good, kind of typical, I guess? But the song has a fantastic atmosphere, and that's what I'm all about!

Garden Of Delight (Hereafter)
If you're a new listener, this song might come a little unexpected. It's really different. Slower, with strings and piano. It gives a very grand atmosphere even though there's not much to the song! And as always, Wayne's voice makes the lyrics sound oh-so-sexy! 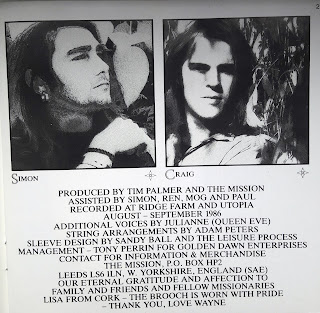 Stay With Me
Another sexy song, but it SOUNDS more romantic! ...until you hear ''take me deep inside''.
And as always, the twinkly riff is so cute! Overall a lovely song.

Blood Brother
Once again a lovely riff, though a little different, as this song is a little heavier.
It's pretty empowering! It ends sad though. I read somewhere that this is about Wayne and Ian Astbury (The Cult). How cute.

Let Sleeping Dogs Die
A slower song, with a classic The Mission riff. It's a really beautiful song. If I'm not mistaken, it was written by Wayne to Eldritch and all the problems between them. It does seem like it, at least. 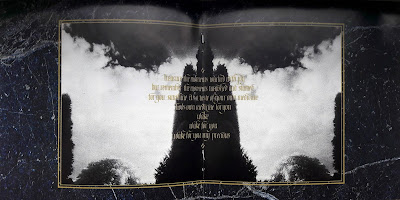 Sacrilege
After the last song, this hits you in the face! With the title, it's kind of obvious what the song is about. That and drug use. It's an ok song, but at least it sounds good!

Dance On Glass
I'm really getting a Sisters of Mercy vibe off of this. Maybe even some The Cure in there too? Other than the vocals it doesn't sound that much like The Mission - The lyrics MAYBE, I'm not sure.

And The Dance Goes On
You'd probably look at the track listing and go ''two songs containing dance right after each other?''. But this one definitely sounds like The Mission, in contrast to the last song. Kind of seems like their version of a ''sex, drugs and rock n roll'' type of song. 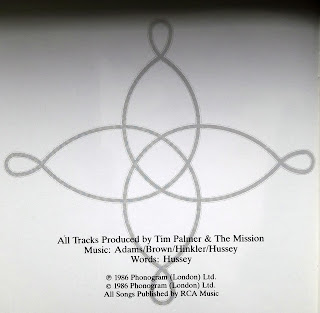 Severina
One of my favorites. A classic, timeless and beautiful song!
Now this is goth rock - at least to me. The vocals are just absolutely beautiful!

Love Me To Death
More of the 12-string twinkling! I love it. Another romantic sex song. Wayne must have gotten a lot of ladies in his time! ''My love comes all over you, my love comes for you'' is kind of cringey though.

Island In A Stream
A slower song to close the album, still with the classic The Mission sound.
I think it's a really nice and refreshing song, and a very good album closer!

So that was an hour spent back in time! I really love this album, I will never get sick of it. It's such a classic! It's an album that is really easy to like. You can put it on at any time, whatever you're doing, and suddenly you find yourself singing along. The choruses are really catchy!
I don't think The Mission is considered to be one of the "big / basic" goth bands, which is a shame, cause they are fantastic! But I guess that's what happens when all goth rock bands share members. So if you want to discover more goth music, just look up the band members in bands you like, and you suddenly have tons of new bands to listen to!
I really think with this album, they nail what goth rock is supposed to sound like, cause other bands in the genre are often not very rock - just goth. If you're into goth rock and still don't own this yet, GET IT NOW! Especially if you like Sisters of Mercy.

What do you think about this album?
Posted by Caroline Åsgård Skulstad at 3:01 PM