I'm back! I'm so pooped. Since I've been mostly offline while I've been in Germany, I almost don't want to get back on social media again! It felt so good to be free. But I do want to share my trip with you! So let's start with WGT day 0, which was june 1. 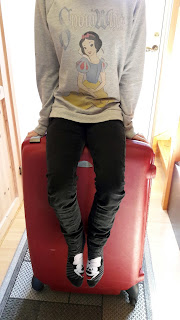 We flew to Berlin and met Mats and Christine (Simen's brother and his girlfriend) at the airport. Then we took two trains to the main bus station. The bus was delayed, and on it we met Ronja, a girl I met on Amino who was also going to share a hostel room with us. The bus took a while, no fun.

We walked from the bus stop to our hostel and checked in. We bought some food, and then went to buy some other essentials, which for me and Simen definitely was hair products: 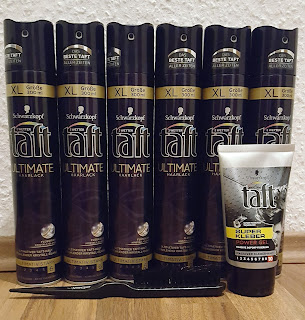 Then we remembered we needed to go get our wristbands, and I wasn't sure how long they were open for, so we rushed and got ready and ran to the Penta. We made it! We took some pictures: 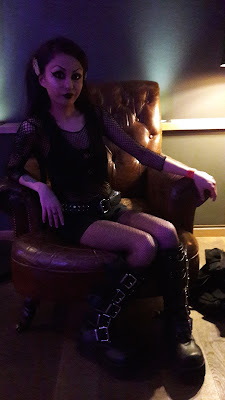 Slightly deathrock outfit.
I'm not really sure where I got the pieces, sorry. 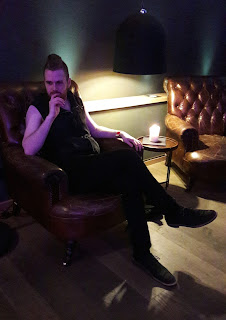 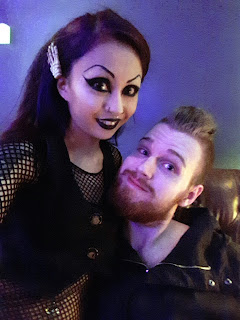 And a selfie, haha.

Then it was off to Moritzbastei for the opening party! It was so nice to be back, and I was really excited to show Simen the place. It is really overwhelming for WGT virgins! We had a lot of drinks, I met people from Amino (we shouted after Black Friday as she walked past, haha), and just had a nice time! I'm honestly not gonna remember every single detail from the days of the festival, as it all went by so fast, and I was intoxicated most of the time, haha. Alcohol is way too cheap in Germany! 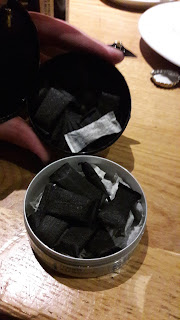 I believe we went to Absintherie Sixtina after? I barely remember, haha. But I think we went home semi-early, so maybe around 4 AM or so, as we wanted to take it easy. And there was the Victorian Picnic the day after! Check out tomorrow's post for that and more from day 1 of WGT!
Posted by Caroline Åsgård Skulstad at 2:47 PM