Oh no, the last day of the festival! How did time fly by so fast?! This day was another day at Agra - I think I usually spend the two last days at Agra. We did some last minute shopping, and saw some more electronic bands playing. 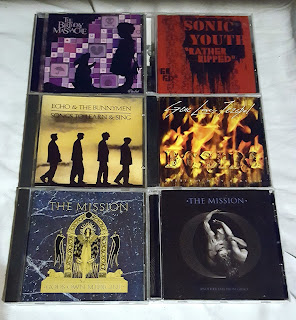 CDs we bought. I think most of these were vintage.
Another Fall From Grace is from the merch booth the day before. 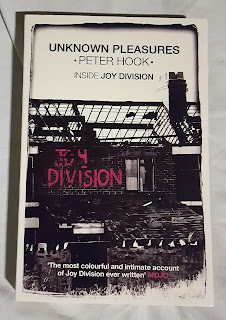 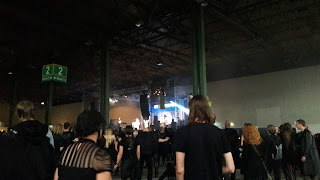 We entered the concert venue during Eisfabrik's last song 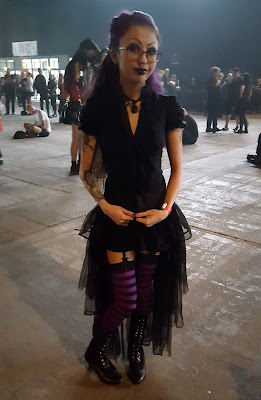 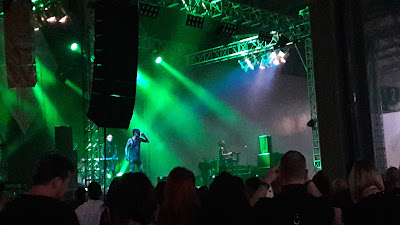 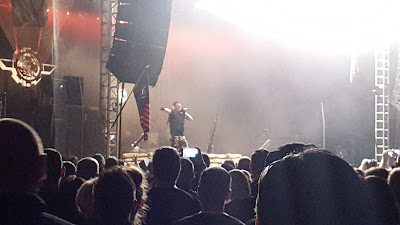 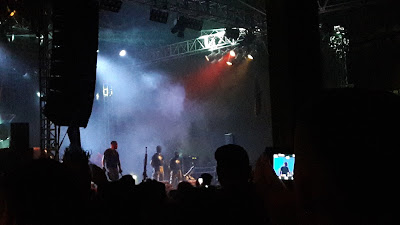 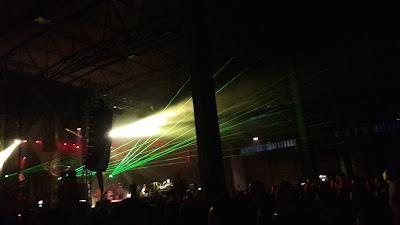 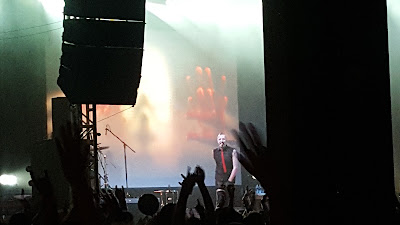 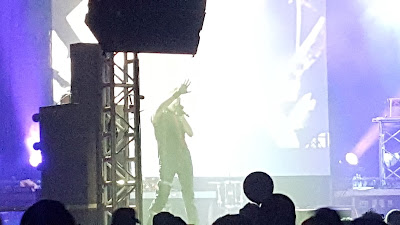 Simen got the idea to tease his hair but then lay it forwards instead, around right before Funker Vogt started playing. When we got back to the hostel, we re-did it but added hairspray this time. It looks really good! What do you think? Here it is from different angles, plus his outfit.

Now, what the fuck did we do after this? Definitely clubbing. Oh yeah, we went to Moritzbastei! We met some people, but ended up staying with Christine and Mats most of the night. They had just been to the metal party at Felsenkeller. It was so nice that they had a nice time! It's so great to have a bonus family who are into similar things as me. We stayed at Moritzbastei until the music on the crazy oontz oontz dancefloor stopped playing, and somewhere around that time Mats and Christine left. Simen had to walk around for a while, cause for one he didn't like the music - Which is understandable, cause if you have been to that dancefloor at the closing party, it's really hard to dance to. It's very chaotic electronic music, I have no idea what genre it is. Powernoise, maybe?
Anyway, we just went to Mcdonalds and got some ham and cheese croissants, which were delicious, though ridiculously small. Then we went to bed. We didn't party as long as the night before, but I did dance during the concerts and had a lot of fun at Moritzbastei!

It's so weird when you get out of the club that morning, and.. it's over. You don't know what to do with yourself! This time it's less than a year until next time. I usually stay for a day or two after the festival, but most people just scram immediately. It's so sad!

Anyway, tomorrow I will have a post about our two extra days in Leipzig and going home!
Posted by Caroline Åsgård Skulstad at 4:54 PM