My weekend has been spent going to shows! Thursday I went to Hulen to see Heather, and they were great! If you like type The Birthday Party, you should definitely check them out! Isak sounds just like Nick Cave, I swear to you, it's amazing. Their clicky-links: Facebook Soundcloud Spotify Instagram 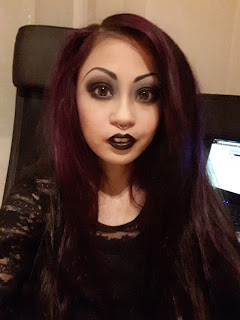 This weekend Bergen has hosted the festival Beyond The Gates - this year's edition called Bjørgvin Black Mass. This is the first year where they have expanded from Garage to Verftet as well. I bought my ticket almost a year ago, when it was announced that Mayhem would play De Mysteriis Dom Sathanas, and Enslaved would play Vikingr Veldi - and that's what I ended up seeing. I honestly didn't know the other bands playing, so I took my time and didn't show up until a short while before they played. 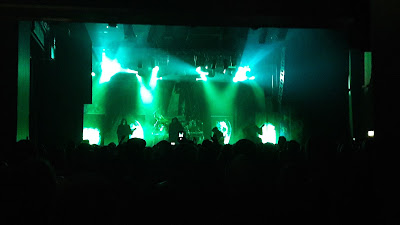 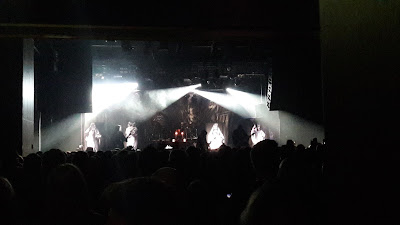 The last time I saw Mayhem was in Stavanger around 5 years ago, and I was honestly disappointed. Everyone says they're either hit or miss live, so with this setlist I was expecting a hit - and I was right! They had an awesome stageshow and performance, and it was great hearing DMDS live.
Fun fact: I was born the same year as that album came out (1994) - I'm a little baby.

On saturday me, Sandra and Emma went to Verftet at noon to see screenings of an upcoming Enslaved documentary and one about BlekkMetal, an event that happened here a couple of years ago - I was in it for a few seconds, haha! This documentary can only be seen at screenings (this being the first screening in Europe), so we had to go. I also can't wait to see the Enslaved documentary when it comes out, Grutle and Ivar are the cutest and so hilarious. 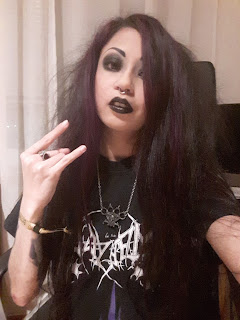 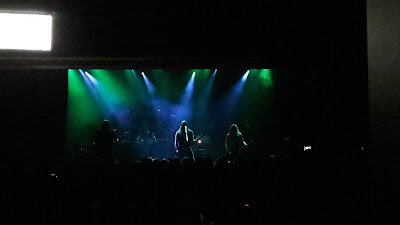 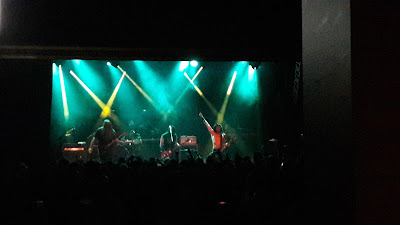 I forget how short gigs are when they play an album! But it was great. For me, Enslaved has kind of become what bands like Taake are for me, a band that plays here all the time that I don't bother to see anymore. But I love them! So I think I have to make sure to go to their release concert for their next album.

Even though I only saw two bands at Beyond The Gates, I still had a great time! Basically everyone in the Bergen black metal scene was there - band members and fans alike all over the place. I also noticed a lot of tourists (blackpackers), which always fascinates me. 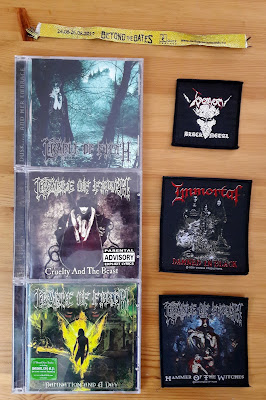 Oh, and I also got myself some merch! On friday I realized I needed to go home and check what I owned, cause I couldn't remember. So before Enslaved I got myself Venom, Immortal and Cradle of Filth patches, as well as some Cradle albums I for some reason didn't have. Now I think I can fill up the back of my leather jacket! I can't fit a regular backpatch on there, so I think 7 smaller ones will fit nicely on the center back. I still need more black metal patches, though! I'll probably show you an update later on when I get them on there.

Also, next week we're moving, so I might be a little quiet on here - But I have written a draft of a basic goth wardrobe post that I can probably find the time to finish and post before next weekend.
If you want, I can probably take pictures of our new apartment once we've settled in! Other than that, I'll keep on with the album reviews - I'm gonna review some The Cure next. So until next time, take care!
Posted by Caroline Åsgård Skulstad at 6:55 PM