First And Last And Always - The Sisters Of Mercy Review 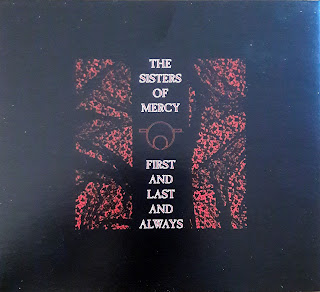 Today I'm going to review another classic album, from 1985 - I feel like I've reviewed a lot of albums from around then, but I guess that's when great music was made! So this is The Sisters Of Mercy's first studio album. I love them, so I will probably review their two other studio albums after this. Their first two are definitely great classic goth rock albums. I know, Eldritch would probably smack me if he read this, but whatever! We all know that the ultimate stage of gothness is denial ;)
Anyway, let's travel back in time into the darkness and enjoy this album!

Black Planet
Immediately gives me a good retro vibe. I love the guitar (love you, Wayne)! Eldritch's booming voice sounds lovely, though the lyrics are just okay. I guess kind of typical goth lyrics, haha. But you always have to sing along with the chorus!

Walk Away
Again, love the guitar in this! It makes me think of what The Mission will create shortly after. I guess the lyrics are slightly better in this one, and the chorus is definitely even more catchy.

No Time To Cry
Instantly recognizable intro. Now this I can say I like the lyrics too! An overall pretty well made song.

A Rock And A Hard Place
I don't think I can say enough how much I love the guitars - I love Wayne Hussey too much. Good lyrics, and definitely a great chorus! It's pretty good, and probably a little underrated.

Marian (Version)
Oh my fucking god I love this song. It's been one of my favorites from early on, and I definitely think it's underrated! I was lucky enough to hear this when I saw The Mission at WGT this year - I cried. Again, great guitars, but the lyrics are just absolutely beautiful. It gives me shivers! Wayne Hussey also released his own version of it pretty recently, which is much calmer, which fits, though I like this version better - simply cause it's goth rock. Also, the german verse gives it that extra oomph! 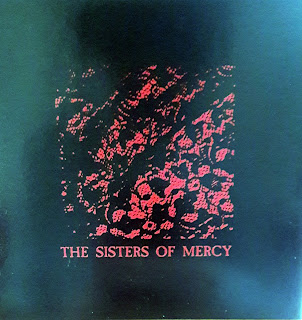 First And Last And Always
Ah, the twinkly guitar! The lyrics are okay, but for this to be the title track, it's not that good. There are much better songs on this album!

Possession
This one is a little different, this has piano, and the guitars aren't that prominent (though still good further back in the mix). The lyrics, though... No thank you, haha. When I listen to this I just zone out and drown out his voice, mostly listening to the piano.

Nine While Nine
Another song that you instantly recognize from the first note of the guitar - and then the drums come in and you just want to dance! It's one of those perfect goth dance songs. The lyrics are okay I guess, but I have to say there's too much of them. It doesn't really need them, I feel with this instrumental. But like some of the other songs I just drown out what he's singing, haha.

Amphetamine Logic
And then we go into another dancy song! I like the chorus.

Some Kind Of Stranger
Is it only me, or do I get a kind of.. underwater vibe off of this song? Hey, this should be on Floodland! The lyrics are kind of gooey, but I don't really mind. Anyway, the instrumentals are good, and the synth is a great touch. I think the last part of the song is beautiful (lol), and a great way to end the album. 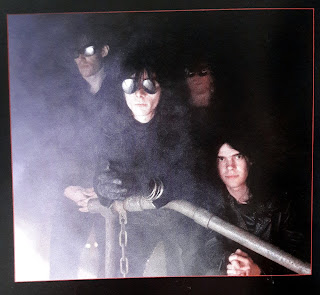 I have the 2006 re-issue CD, so I have the bonus tracks that make it 30 minutes longer, but I'm not going to bother to review those. I think the original tracklisting is great, and most importantly, it ends well - I hate it when albums don't. Though with the CD you go from Some Kind Of Stranger to Poison Door, which is much louder and more upbeat, so it kind of smacks you in the face. 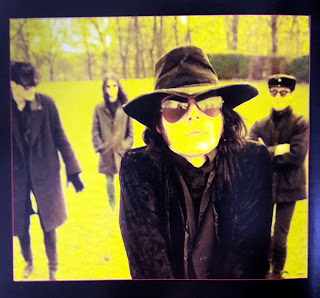 Anyway, the album itself is great, it has many great and classic songs that most goths love and sing along to all the time (or am I just speaking for myself here?). I love this incarnation of Sisters Of Mercy, together they made some really good music! The lyrics aren't perfect, but when it comes to goth, they often aren't. To me at least it's the feeling the music gives me that makes me love it. 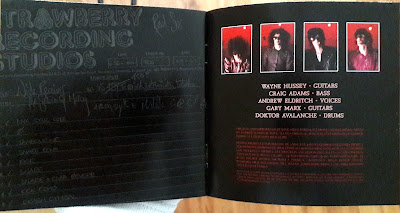 So that's what I think of it! I'm sure most of you reading this have heard this album, but if *gasp* you haven't (I guess babybats wanting to get into goth), go listen to it right now! I'd love to hear your thoughts. I'm going to put on Floodland now and review that, so be sure to check back for that!
Posted by Caroline Åsgård Skulstad at 1:56 PM