I said fuck you to the flu and we drove across the country to Horten / Åsgårdsstrand, where Simen's half siblings live and Peter Hook & The Light were playing at Kanalrock. I'm not letting sickness stop me! Here is the first outfit I wore in probably over a week: 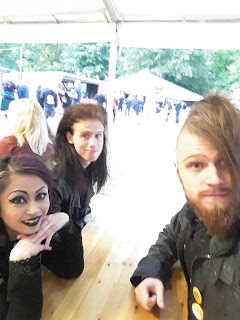 Waiting for Peter Hook & The Light! 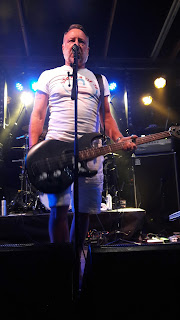 The man, the myth, the legend! 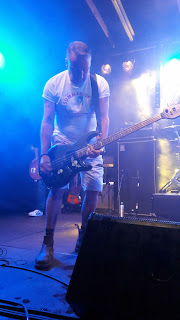 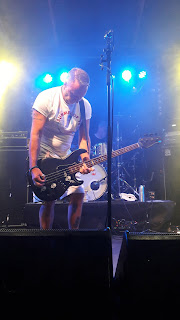 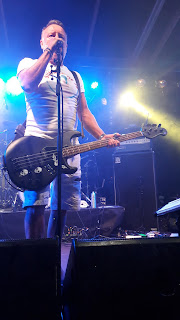 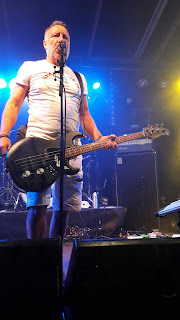 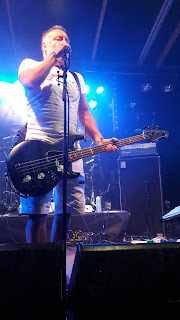 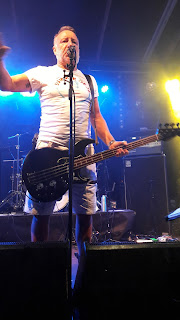 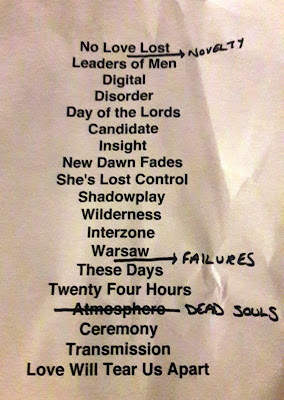 The set list. Wow!
Dead Souls is probably my favorite Joy Division song, so I'm incredibly happy I got to hear it. I never even thought I would ever hear Joy Division songs live, and now I got an entire concert with just that! Something kind of ruined the experience for us though; drunk norwegians. Guys who had no control over their bodies and thought it was super fun to push and drag us, elbow us in the face and pull our hair - and not to forget the flying beers. The guys had to protect me from getting hurt! So that was pretty distracting from the show, but other than that the show was great. I'd still say it was worth it. It's just that norwegians fucking suck. Metalheads are slightly better, but the best guys are black metal guys. But outside of Norway I've never had a problem at concerts. The security didn't even do shit! Not that I think they were proper security. This was a tiny punk festival that had apparently existed for 26 years, but there were only a few hundred people there - and according to their facebook posts this was a ticket sale record. How they've survived this long I have no idea - I've seen bigger festivals go bankrupt. So it's not exactly a festival I'd recommend! Not that I'm really into punk anyway. 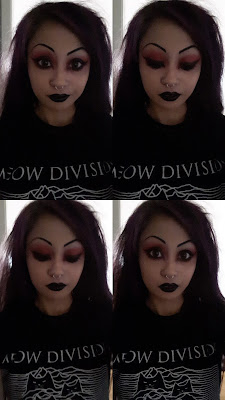 The day after.
When I wear make-up for once, I get proof of it!
My hair is even done (slightly brushed down from the day before). 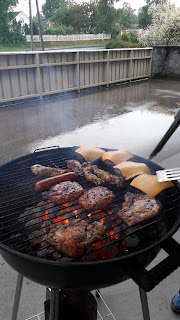 We grilled in the pouring rain, thunder and lightning - Just norwegian things! The funny thing is that this is in Åsgårdsstrand, so Tor's road is across the road! According to my friend Douglas; ''He was probably angry for not being invited'', hahaha. We spent the rest of the evening playing drinking card games. It was hilarious! Later on the rest went out clubbing, but me and Simen stayed in, thinking of the 8 hour drive we had ahead of us the next day. It sucked. He has a Mercedes convertible, and it's NOT comfortable to sit in for long periods of time. At least we could take the roof down when the weather was nice enough. Overall we had a nice weekend, and it was nice seeing Simen's siblings and their partners again! They're really nice and fun people. It's a shame we live so far away from each other! So we have to see each other during vacations like this - This will be our last for a while.

But the concert year isn't over! There's a black metal festival here in Bergen later this month, and there's Satyricon in.. november, I think. We'll see what else I end up going to! It's been a damn good year of concerts so far. Anyway, I'll be back with another blog post in a day or two, about my birthday! I already got a super awesome present from my sister today, which you will absolutely love, so check back soon! See ya!
Posted by Caroline Åsgård Skulstad at 10:27 PM