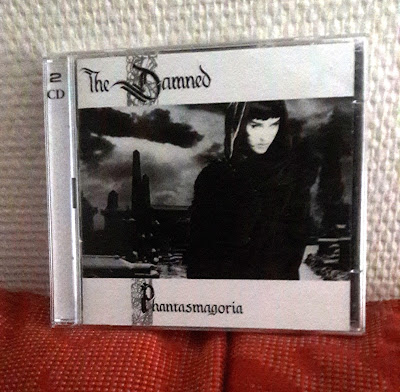 I have finally obtained this album! I've adored it for years, but for some reason it's hard to find on CD here in Norway. Last month I finally found it! I also ordered a bunch of other CDs along with it, so there will be a bunch of album reviews up in the near future.
So this album is probably not what most people think of when you say The Damned (well, maybe in the goth community). They are a punk band, but we all know that Dave Vanian is goth as fuck. I'm not sure if he was heavily in charge of this album, but it does seem like it. The album is very gothic!
Also fun fact: The model on the cover is Nick Cave's wife!
I'm just going to review the main nine songs of the album. I have the double disc deluxe edition, but it's mostly remixes and stuff, so I'm not going to bother.

Street Of Dreams
The album starts off with a sexy saxophone, before exploding into a pretty grand atmosphere. Oh I just adore Dave Vanian's deep voice. I love the vocal melody, it's so easy to sing along to. The backing vocals and instruments back it up really well, giving the song a great atmosphere. It's not your classic goth rock song, but I like that it's different! I love the sexy more quiet part and the over the top outro. It's such a grand song overall, but without being too much! 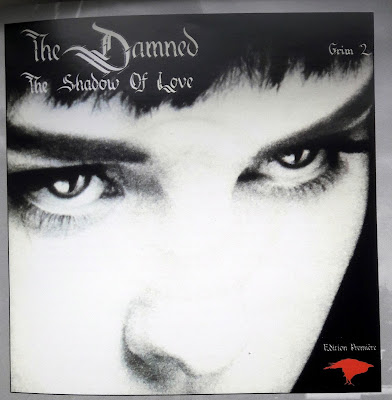 Shadow Of Love
That sound at the very beginning is kind of weird, but the rest of the intro I love. The vocals and instruments work together really well in this. I especially love the twinkly guitar! So I sing along to that too, in addition to the lyrics. The other day me and Simen were kind of making fun of the line ''I experience the most exquisite pain'' - cause it's such a squeeze to sing! The rest works really well though. It fades out well, although too soon!

There'll Come A Day
This song starts off more straightforward, and has really cool keyboards. I absolutely adore the chorus on this! Did I mention how much I love Dave Vanian's voice? I don't think I can say that enough. He was also really adorable around that time!

Sanctum Sanctorum
This is the longest song of the album, starting off with a mostly instrumental atmospheric masterpiece of an intro. You feel like you're inside a gothic church while there's a storm outside. Then it calms down to piano and Dave Vanian's lovely voice and sweet lyrics. It rises for the chorus, and then calms down again to a little bit of that same atmosphere from the start. The next verse has strings added. The outro is lovely. Overall it's a very beautiful song, and leaves you with a great feeling. 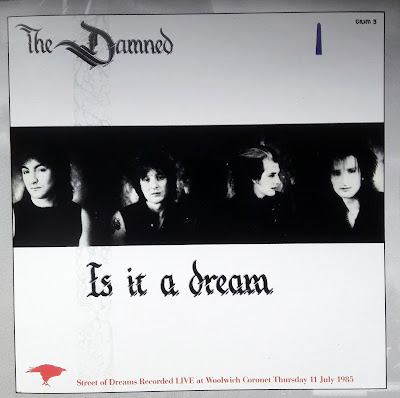 Is It A Dream
Then you immediately perk up to this great song! The lyrics are kind of silly, but I like it! Really fun to sing along to. I also love the solo. It's a shame the song is so short! It feels kinda poppy because of it. 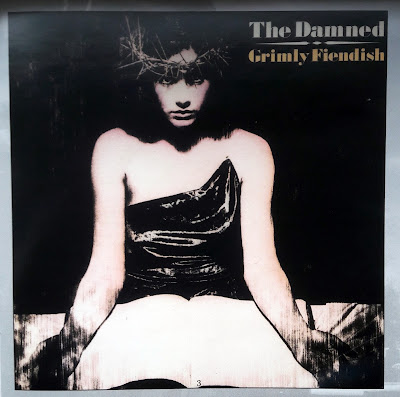 Grimly Fiendish
And then we jump into another fun song! Who doesn't love to sing along to ''bad-lad-bad-boy''?

Edward The Bear
More saxophone! This one is different, Dave Vanian doesn't sing on this one. Kind of weird lyrics, with a really obvious english accent, haha. But the chorus is easy to sing along to, and the instrumental parts fit well with the other songs on the album.

The Eighth Day
A beautiful intro! And immediately back to Dave Vanian's voice. Another fun sing-along chorus. The reason why I love this album extra much is the lovely melodic vocals (and backing vocals)! There's some great guitar-work on this song too.

Trojans
A decent instrumental piece, but not quite my style, so probably my least favorite song on the album. I like it much better from when the saxophone comes in. I think I'm glad this isn't the end of my edition, cause that would have been a little boring when the rest of the album is so fantastic. 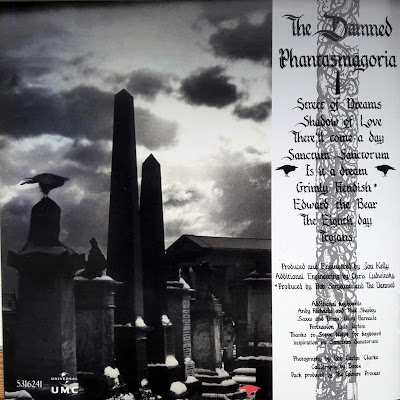 So while I listen to all the bonus tracks, let's summarize! The instrumental work on this album is absolutely excellent and unique. While it's not your typical goth rock, it's definitely gothic! It has a great atmosphere. Then we also have the upbeat melodies and vocals that makes you sing along, and that's a huge bonus for me! Atmosphere and melodic vocals is what I appreciate the most in music, so when something has both, I absolutely love it!
I don't think I could compare this album to anything else, it's so unique. It doesn't really sound very 80's, goth rock or punk. But I'm sure fans of that type of music would like this album! Hell, maybe even other people who aren't used to dark music. This is probably a good starter album for getting into gothic music. And even if you're not a punk fan, I definitely recommend checking out The Damned's other albums! I'm not really into punk, but I like them. Probably mostly thanks to Dave Vanian. So check out this album if you haven't already! You won't regret it.
Posted by Caroline Åsgård Skulstad at 5:12 PM