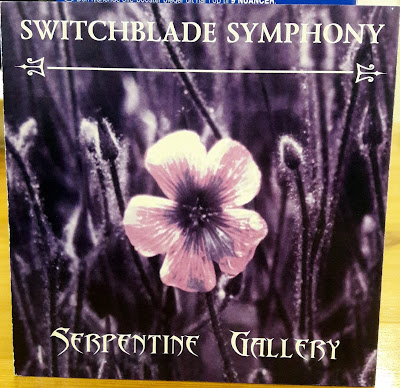 I am so excited that I finally own this album! I've been wanting it for years, but it's been so hard to find, as it has been out of print for several years. I bought it off a russian guy on Discogs, so I have a russian release of it. I love this album so much, so I thought I'd share it with you all on here!

Bad Trash
Ahh, I immediately sense this feeling of home when the album starts. Their sound is pretty unique, and the vocals take me back in time, I feel! It's really beautiful. The lyrics are pretty simple, but positive! I love the canon-like vocals towards the end.

Dissolve
Okay, I think all of these songs will give me a nostalgic feel. But I'll try not to be super-biased here! This is a beautiful slower song. The vocals are beautiful and pretty unique. The lyrics in this one are also pretty simple, but very powerful. It seems like someone's last thoughts as they are dying. The instrumentals are very good, and very fitting to the song! The bass sounds like a heartbeat, that and the rest makes the song exciting even though it's a slower song.

Wallflower
Very cool percussion on this one! In some parts it also sounds very industrial. And cute twinkly guitar. The lyrics are great, and I'm sure many of us can relate to them!

Wrecking Yard
Ahh, such a beautiful song. I love the guitar so much! They work really well with the beautiful vocals. The lyrics are very sad, but very beautiful. The calm outro fades well into the next song.

Clown
We rise from the wrecking yard with this awesome song! It has a very industrial feel. I haven't been singing along so far, but now I just had to! This might be my favorite song off the album - I'll have to think about that one, since I pretty much love the whole album. But this is a really cool song! Dat spooky synth! 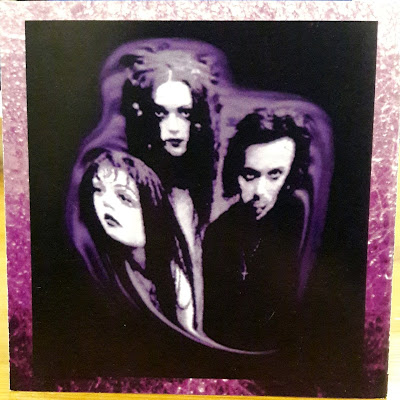 Cocoon
This has harpsichord in it! Or at least the sound of it, haha. This song has more operatic vocals, and more classical music inspired. Lovely to sing along to. The lyrics are pretty simple and cute. But sadly it's very short!

Dollhouse
Let's get rocking again! Love the guitar and.. well, all the instruments in this, haha! A fun song to sing along to, with all the different vocal styles! A very cool spooky song.

Sweet
A slower song, which I feel is mostly vocal-oriented. Wonderful to sing along to! It builds up slowly and nicely.

Gutter Glitter
Omg I love this song so much. The spooky and childlike sound is so wonderful! A fantastic take on an old childhood song. This song will get stuck in your head! It's been in my head for years, haha.

Mine Eyes
A very electronic and industrial-sounding song. Very operatic and almost chaotic vocals in this one.

Bloody Knuckles
If I had this on vinyl and was listening to this for the first time, I would think that the record was broken! It sound like a really old record, plus pops and cracks, and then ends up ''breaking''. A really cool way to end the album!

The album is a decent length, at almost 47 minutes. It was released in 1995, so it's only a year younger than me! It definitely has a ''retro'' feel, but I'm not sure if it's more 80's or 90's. I love it, at least! I have since the very first time I heard songs from it, which I don't even remember when was. The tracklist is very well balanced, in terms of pacing. I want to say that I would liked if the songs were longer, but most of them aren't that short, really! I guess it's the typical case of time flies when you're having fun. Like when I don't notice that SOM's songs are actually super long.
I would definitely recommend this to everyone who are fans of gothic rock! A lot of people probably already know them, so I guess this would be more useful for people getting into goth music. Their sound I guess can be compared to The Birthday Massacre and Siouxsie, so if you like them, you should definitely check them out! But they still have a pretty unique sound. You won't regret it!
Posted by Caroline Åsgård Skulstad at 8:17 PM