I CUT ALL OF MY HAIR OFF.

Hey guys! I know many of you are probably bursting in antici...pation (sorry, had to)! I recently cut all of my hair off. I hadn't cut my hair in 5 or 6 years. I just wanted to have long hair once while I was still young, and see how long it could get. It could have gotten longer, but I was just SO sick of it. So my old high school friend Henriette cut it all off! She was so scared, hahahah. It's pretty rare that someone gets rid of 1 meter of hair! Here is the amount that got cut off: 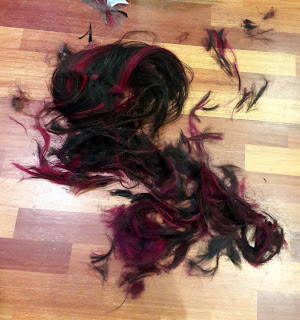 This week I actually went back, cause the dye wouldn't cover the pink that was left in my hair, and I had decided to go shorter. So this time she used a machine set to 16 mm, and it was perfect! I think I'm gonna keep it this way for a good while. The top can get a little longer, so I can style it more. 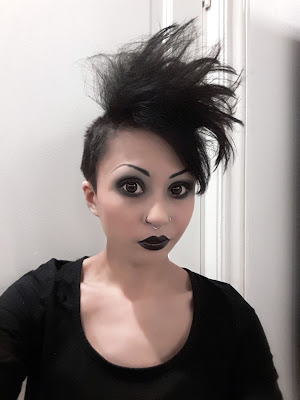 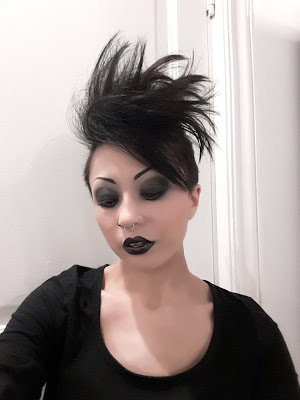 TADA! What do you think?
Most people were pretty shocked, but loved it.
MY LIFE IS SO MUCH EASIER NOW.

I'll just add some everyday life bits since this was a pretty short post - and I don't really want to make a separate post for it. I've started this years reading challenge with two childhood favorites! 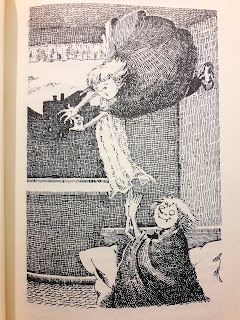 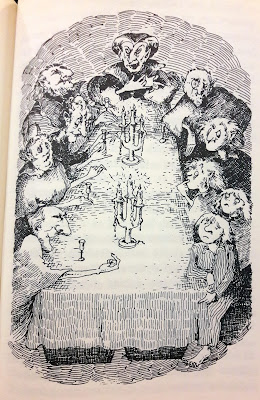 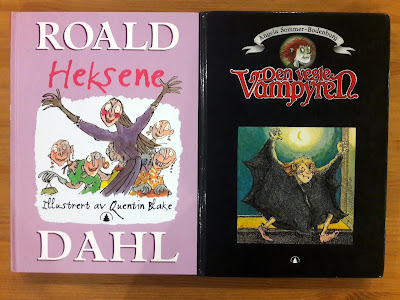 Germans might recognize Der Kleine Vampir (The Little Vampire). I'm gonna see if I can find it in german while we're at WGT! I think I know enough german now to be able to read a children's book.
Then we have The Witches by Roald Dahl, an author we norwegians like to claim, haha.
Both really funny and cute books! I recommend them for both adults and spooky children.
Click here and here to buy english versions of the books! 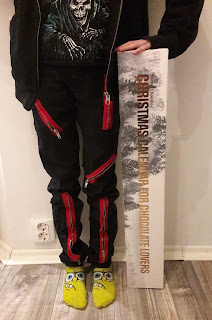 Me in a nutshell.
I got this huge yule calendar for 25 NOK!
I was shocked at checkout; it was originally 400 NOK. 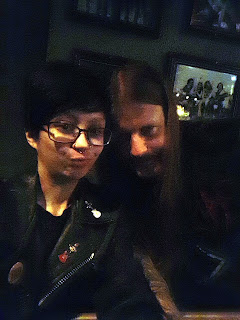 Me and Ørjan AKA V'Gandr.
He was DJ-ing at Inside Rock Cafe, and when I walked in he was playing Temple Of Love! Later he played Echo & The Bunnymen and London After Midnight for me. Such a sweet guy!
The next night I was at Hulen, where Simen was the bouncer. Our friends were DJ-ing, so I danced on stage with them to New Order, The Cure, Smiths and lots of other good stuff. Had a nice nachspiel as well! I usually don't go out much, but last weekend I really felt like partying! 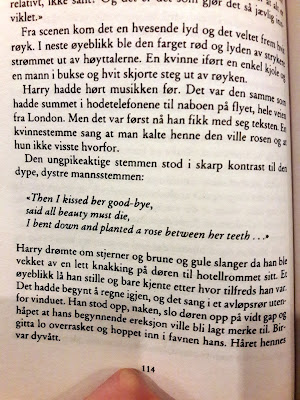 From Jo Nesbø's Flaggermusmannen.
(Click here to buy an english version)
Earlier in the book it was mentioned that the guy next to him on the plane was listening to a song over and over again, and now Harry Hole realized it was Nick Cave's Where The Wild Roses Grow.
It's a really good book, and if you like crime novels (or nordic noir as I recently learned that people call it), I really recommend it! I need to get the rest of the series. I have some other Jo Nesbø books in my to-read pile. Most of my to-read books are in norwegian, some are just translations. 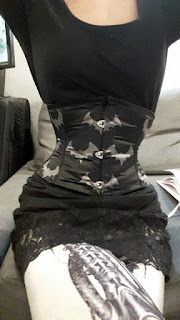 Found out I can't close my new corset :(
It's not curvy enough, so completely closed it's smaller than my ribs and hips. But with some help from the tightlacing society I now know of a corset that is my measurements exactly! So I will buy that soon. Though I will still probably have to go custom very soon, as 18'' wasn't really challenging. My waist has even shrunk over an inch since I got this one, so my waist is now about 21''. I will probably be able to claim the world record if I actually start to waist train! That's pretty crazy.

Anyway, I think I'll go now. I have some other posts planned for you guys, so stay tuned!
In the meantime, tell me what you think of my hair, and what books you are reading!
Posted by Caroline Åsgård Skulstad at 10:33 PM