Hey! Today I thought I'd show you some ballgown skirts I modded. They're from Burleska, super pretty (and expensive, don't buy these things for full price), but WAY too long for me. I've rarely used them cause I constantly have to hold them up to be able to walk. So it was time to finally do something about it! And that time happened to be a few minutes before I left the house, haha. So the violet one was cut pretty roughly, but I ended up fixing it when I got home. Then I did the black one, which I did a slight batwing effect on. If you wanna see how I did it, scroll on! 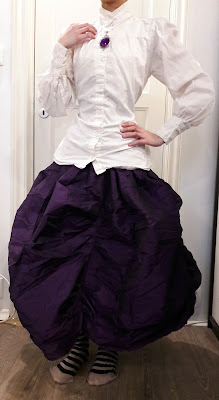 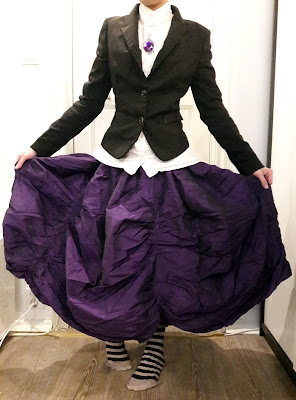 I wanted that soft Belle / Beauty shape on this one. 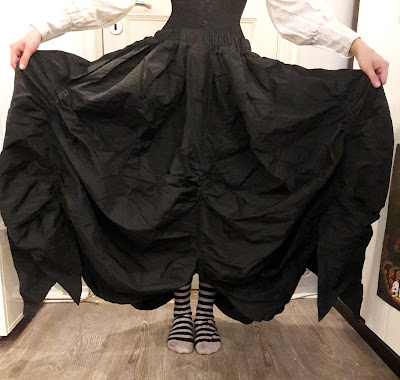 And for this one, slightly more jagged. 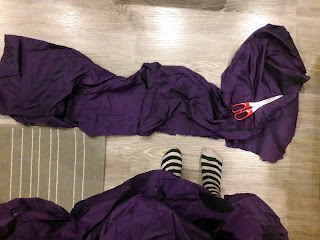 The piece I cut off straight across in the morning.
Later I hung it up and cut more even, slight convex curves.

If anyone has any idea of what I can do with this, let me know!
It's an entire circle of pretty fabric, I wanna put it to some use. 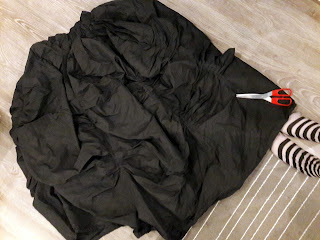 Took pictures of the process of this one! 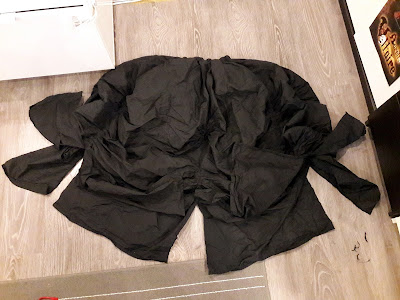 First I cut up the seams of each panel, upto where it was rushed. 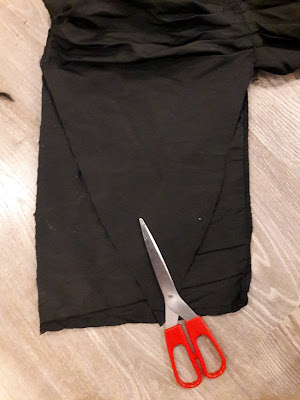 On the small side panels I cut triangles. 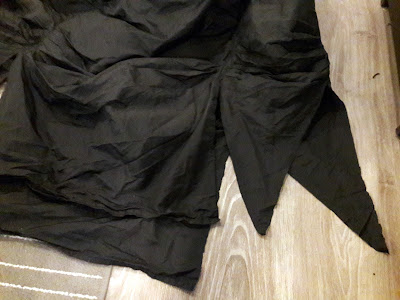 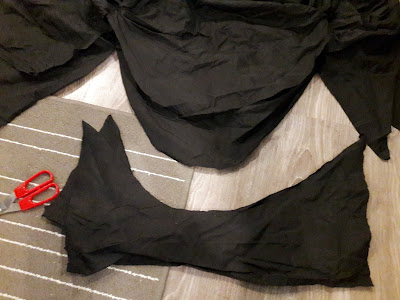 On the large middle panels I cut convex curves. I had to go back in and shorten them a little more, since that was the whole point of this. If you're a (patient) seamstress, you'd probably measure and shit - But I don't care. I would also only do this on skirts with a very simple hem. On some you could probably sew it back again if you can, but I find with a lot of long, gothic skirts and dresses, they're just too complicated to be altered that way. So I just don't buy those.

I have to say that I was pretty happy with the results! At least I'll get more use out of them now. I have to say it was a little weird / scary to cut in such expensive skirts (I checked the price earlier, my god. I got the violet one on sale for 50€, the black one I've had so long that I don't remember). You should probably do this with cheaper skirts, like thrift store finds, if you aren't that skilled at DIY.

Hope you enjoyed that, even though I'm not the best to take from when it comes to DIY! But I guess I'm getting better. Maybe you got some inspiration for what to do with stuff you have lying around! I've fallen out of inspiration for DIY this winter, but getting back into it now. Just ordered tons of patches, so I can mod my new thrifted blazer, and mod some more outerwear further. I also have some random stuff lying around that I need to look at again and see if any inspiration strikes. 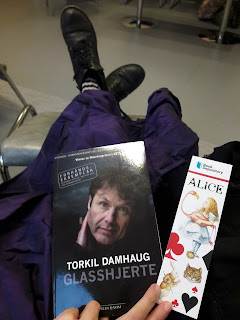 It was nice to dress up a bit even just for hanging at the hospital!
I came prepared with a new book - I was there for about 5 hours on monday.
So happy that I'm doing progress!
Good for the self esteem too. 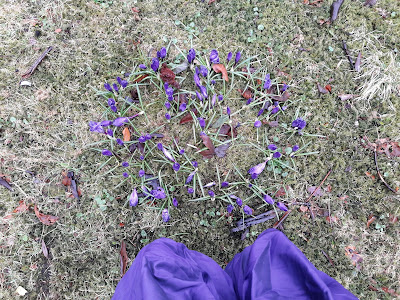 Can you guess what my favorite color is? 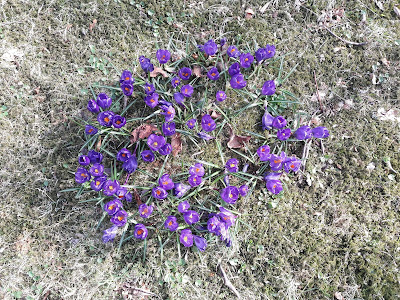 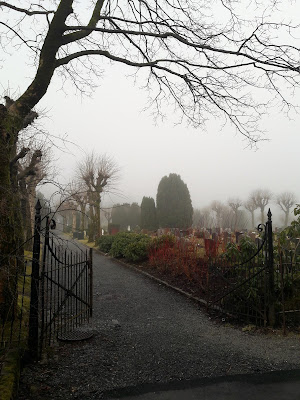 Photo of a cemetery on a misty morning, cause #UltraGoth
Posted by Caroline Åsgård Skulstad at 12:39 PM