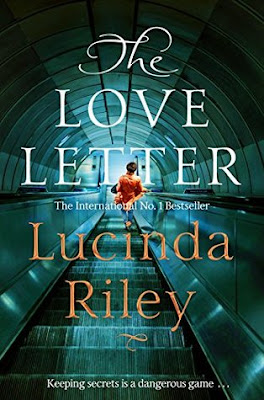 Pardon my french, but OH MY FUCKING GOD!
This is the first Lucinda Riley book I've read, I got an advance reader copy in norwegian, and didn't expect much. BOY, if I only knew. Most of the time I just couldn't put this book down, and it took me on the craziest emotional rollercoaster ride ever. I did NOT expect it to be thrilling at all!

How do I even start with explaining the story? Ok, so it's the end of 1995, and a famous actor called Sir James Harrison dies. Before he dies, we get a hint about a letter... The next day, the ravens from the Tower of London are gone. This can't be good.

Journalist Joanna Haslam has to drag herself out of bed despite being sick to cover the funeral of the late actor. She sits next to a frail old lady, who suddenly seems to get an astma attack, and ends up helping her home. Later the woman sends her a package that contains an old love letter, and it indicates that this could be something big - She has to get to the bottom of this.
This puts Joanna in great danger, but she is determined to find out the truth. It seems like she can't trust anyone. Not even the handsome Marcus Harrison, grandson of the deceased film star.

I think that's as far as I can go without spoiling it. It kind of sounds dull the way I described it, but I promise you, this book is PACKED with characters that helps turn the story into something really extraordinary. You will definitely be shocked many times throughout, and be happy, sad, angry and scared for the characters as you get to know them.

Fun fact about this book: It was launched first in Norway. It's a re-written version of Riley's (then known as Edmonds) 2000-novel Seeing Double, which was so controversial at the time that it ruined her career. She didn't publish another book until 2010, with her now married name Riley. And now she's back in the game! As far as I know the book is only released in a couple of languages so far, but it will be available in english soon. So I highly suggest you go to your favorite bookstore and pre-order it!
Posted by Caroline Åsgård Skulstad at 1:42 PM