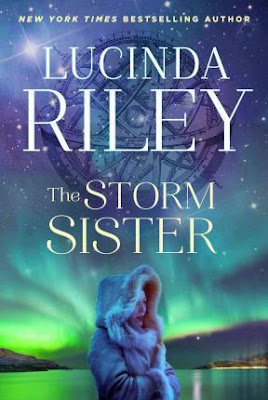 Lucinda Riley, you have blown me away again. I really had to fight to NOT sit up all night to finish this. So I read it within two days - and this one was 600 pages!

The main reason that I loved this was that it takes place in familiar places for me; Bergen (and Oslo), and even Leipzig. It was really fun to know exactly where the characters were while I was reading.

So, this book is about the second eldest sister; Alcyone, AKA Ally. I realize now that each book does work as a standalone novel, cause it repeats a little of what happened in the first book - Which will happen in the next books, describing each sister's point of view from the same situation; their adoptive father's death.

Ally has just met her soulmate when she learns of Pa Salt's death. What she does afterwards, I'd rather not spoil, but it definitely got me emotional. A little while later she decides to follow her rather weird clues to her identity to Norway.

We read about young Anna Landvik, a farmer girl in Telemark in 1875, who is brought to the capital (then called Christiania) to become a famous singer. She sings the role of Solveig in the very first production of Peer Gynt, with the famous music of Edvarg Grieg. Anna meets the young musician Jens, who is willing to risk everything for his love for music. I really loved the story about Anna.

Ally travels to Norway to discover more about this supposed connection. First to Oslo, then to Bergen, my own city. Amongst others, she meets Thom, great-great-grandson of Anna and Jens. He fills her out more on their story, and we also get to read about Jens Jr., AKA Pip, Anna and Jens' grandson, and his own experience in Leipzig as a musician, before he returns to Norway during the second world war.

After all of this, Ally has gone through so much, and she really is a strong woman who can handle all the shocks she's gotten. She has found her love for music again, which I am really happy about. This book is incredibly beautiful, and is definitely impossible to put down. Despite its size, it's a very light read. I have to admit I might be a little biased because I know a lot of the locations so well, but I know this is a popular series, so I'm sure people who aren't will love it as well.