Okay, let's pick up where we left off yesterday! We were in the cemetery, and when we got out, we stumbled into a beer festival, haha! Then it was off to Stadtbad for the first concert of the day. 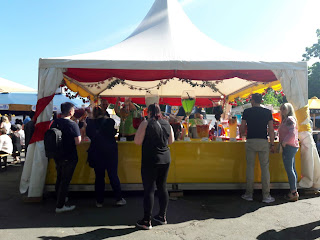 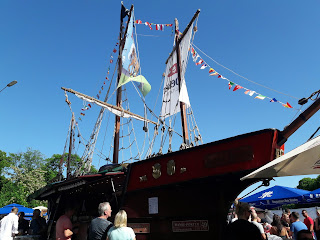 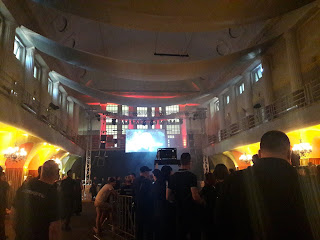 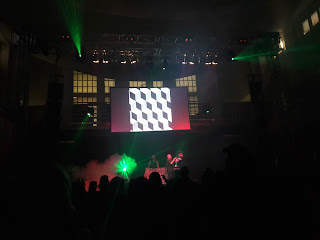 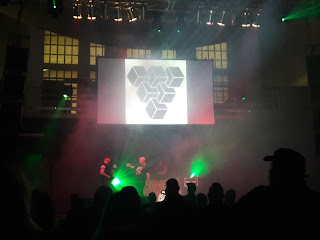 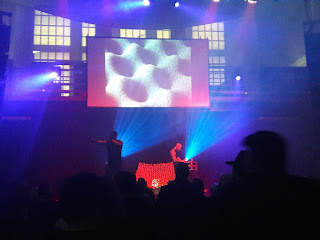 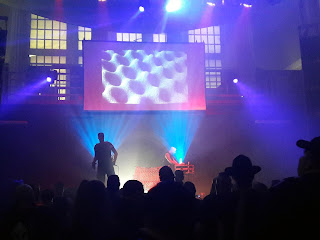 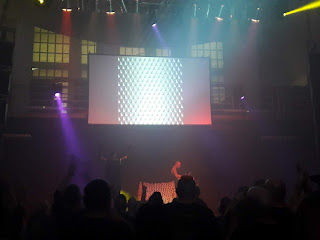 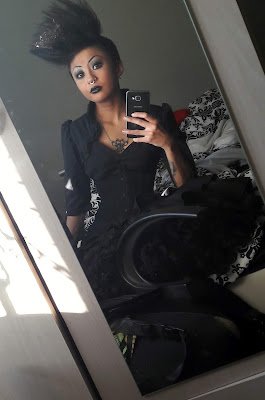 Quick pitstop before going out again 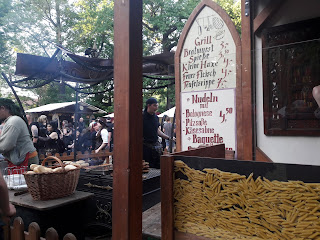 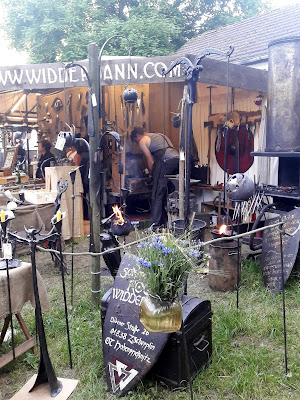 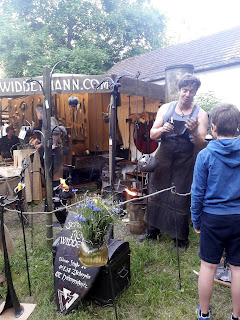 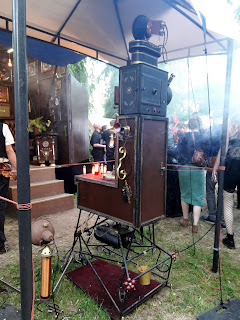 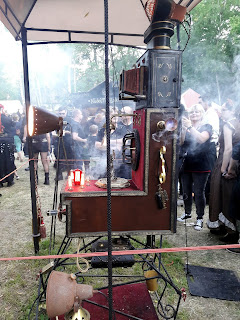 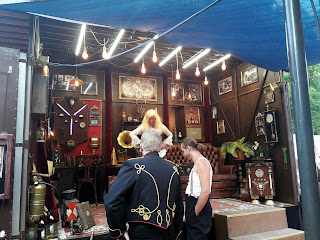 You could get your photo taken for 20€! 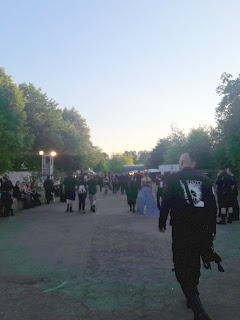 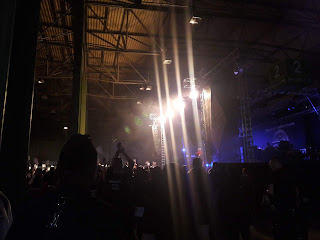 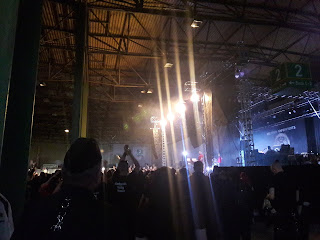 Or as I call them; ''Discount VNV Nation'' 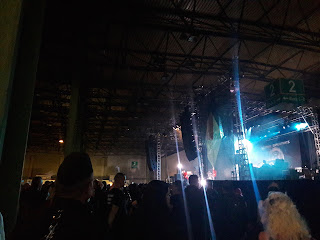 Which isn't a bad thing, by the way. 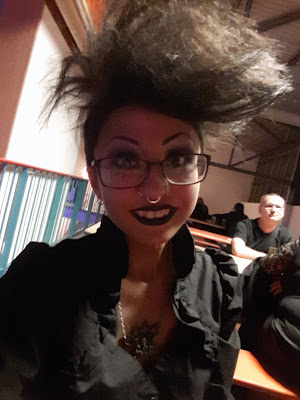 Oh my god, Fledermausbrille saved my life! My contacts were getting dry, so I wanted to put on my glasses for The Jesus And Mary Chain, but my glasses had literally fallen apart! One of the screws fell completely out. But I was a genius and remembered that Fledermausbrille had a stand in the black market, and the market was open until midnight. So I ran over and begged them for help. And they fixed them for me! I was so worried, since we were seeing one more show and probably gonna party all night - plus it's a holiday, so things probably weren't open the next day. I was saved!
One day I will get myself some glasses (or sunglasses) from them. Their designs are adorable and funny, but it's not something I would wear for everyday. But they cost the same as regular glasses, probably since they're pretty good quality. So one day when I have the money to spare! 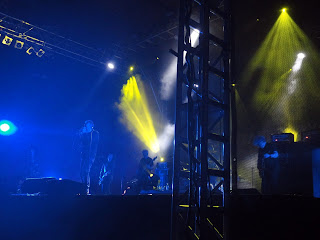 The Jesus And Mary Chain 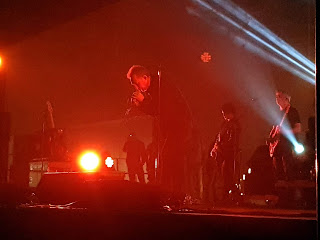 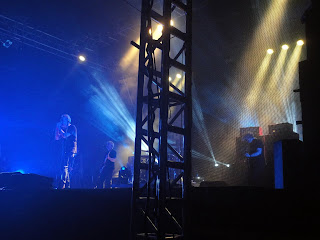 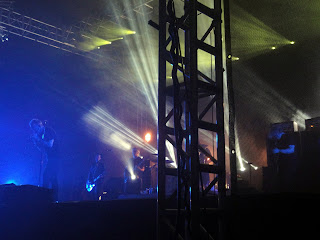 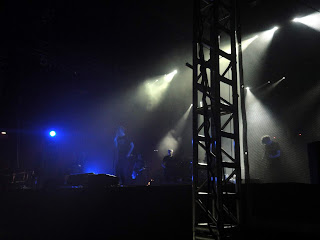 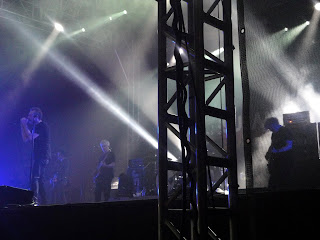 They were the first band announced, already right before yule. So I had been excited for 5 months! And they definitely delivered. There were a couple of hiccups, Jim wasn't very happy about it, but despite of that, it was a great show. They played a pretty well-rounded setlist of songs from their entire discography. I never thought I would get the chance to see them live, so it was wonderful!
For me this was my second favorite show - For Simen it was his third favorite. 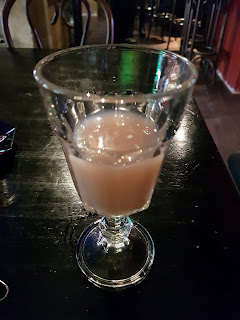 After the show we went to Moritzbastei, met some friends, and we even met a bunch of scandinavians! That was really cool. A short while before the last dancefloor closed we went to Sixtina to finally get ourselves the gothicsinth, which is 89.9% and black. I THINK that's the one we got, the bartender's didn't really seem very awake, which is understandable, it was 7:30 in the morning. It looked more like a cola color than black, and it louched to kind of a chocolate milk color. Still tasted pretty much like absinthe usually does. But BOY, it was strong! Me and Simen shared 2cl, and we could still definitely feel it. Some of the people we met at Moritzbastei came over, so we stayed a little with them (and got them to order the same) before we went home. 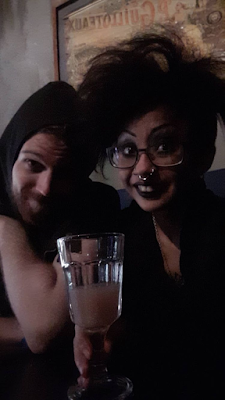 Come back tomorrow to see what we did the last day of WGT!
Posted by Caroline Åsgård Skulstad at 3:13 PM