Hey! I have mentioned my grandmother's bunad (norwegian national costume) on here before, but I'm not sure if I have actually shown myself in it. The bunad is mainly worn on our national day, may 17th, but since I was at Wave Gotik Treffen then, I couldn't wear it even though it had just been made ready for me. So I decided to have a photoshoot in it! Confirmation photos 9 years later.

I got in contact with a photographer on instagram, and then I saw a gorgeous photo on my facebook feed of a couple in bunads in front of a stave church - it might even have been my local one, I don't remember. I thought THAT'S PERFECT! Stave churches are beautiful, and so unique. Fantoft stave church undeniably has ties to black metal, since it was burned down by Varg Vikernes in 1992. He used a photo of the burnt church on his Burzum EP Aske (Ash). The one that stands there today is a reconstruction. I actually know a couple that got married in it a few years back! I also have a candle shaped like the church called Kirkebrann (Church fire). And by the way, I do not approve of church arson.

I thought this combination of patriotism, history, black metal and my own personal style would go great together! I'm no norwegian ''budeie'' (milkmaid), and I don't think I could look ''normal'' even if I tried. So I decided to go with my own personal style with my bunad, even though some traditionalists would probably not like that. Most people think you should look natural in one.
But so far most people that have seen sneak peeks have loved it! So I hope you enjoy it too. 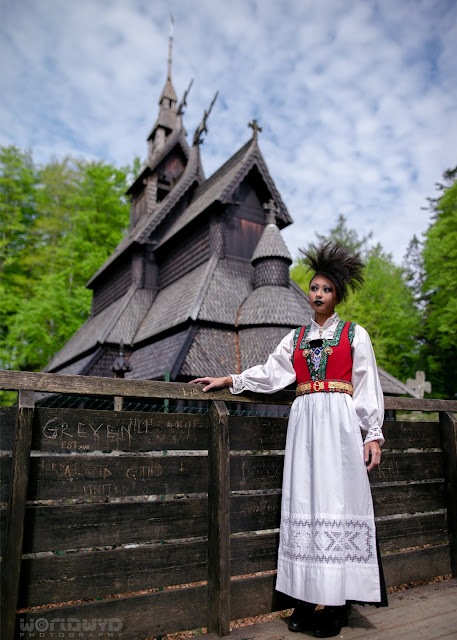 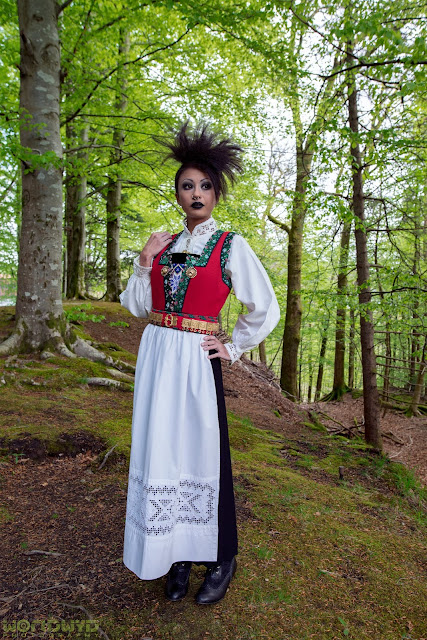 The photos below are taken at Gamlehaugen.
The mansion there is used by the norwegian royal family. 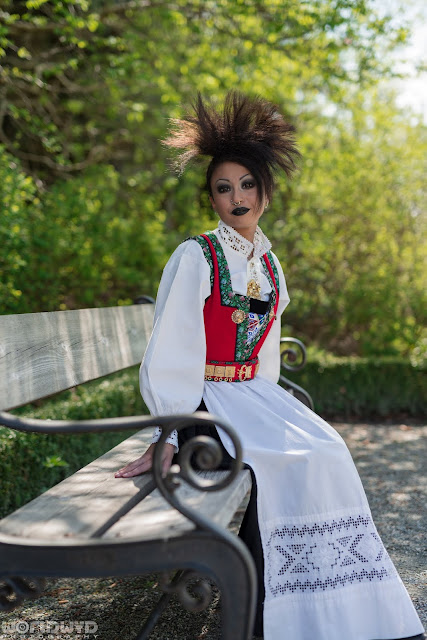 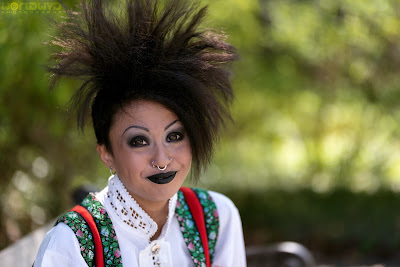 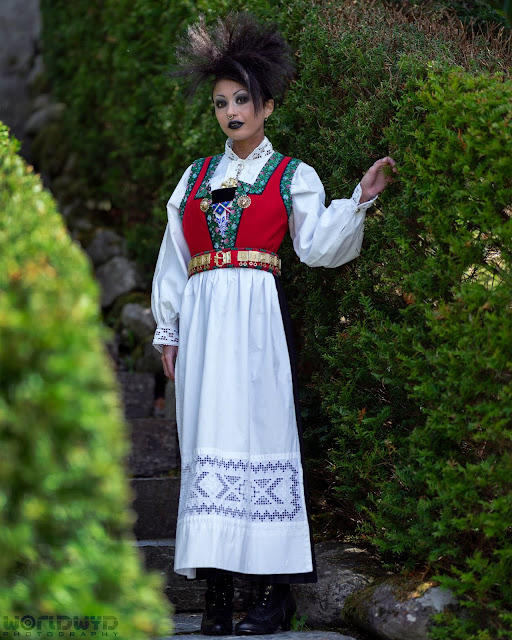 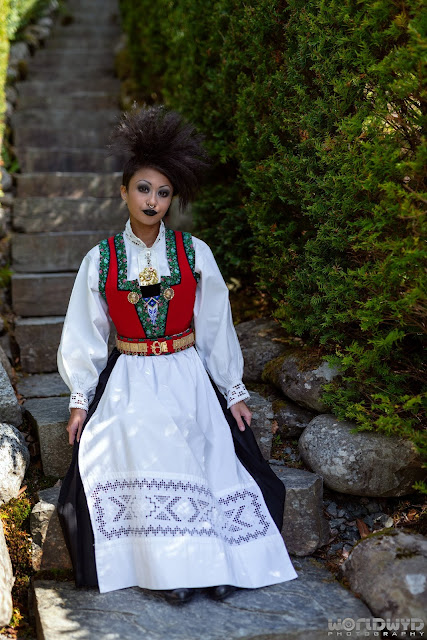 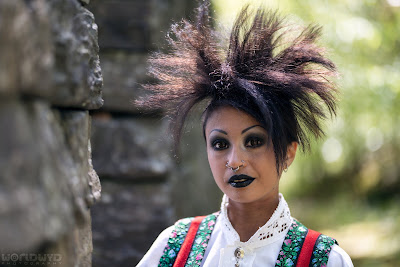 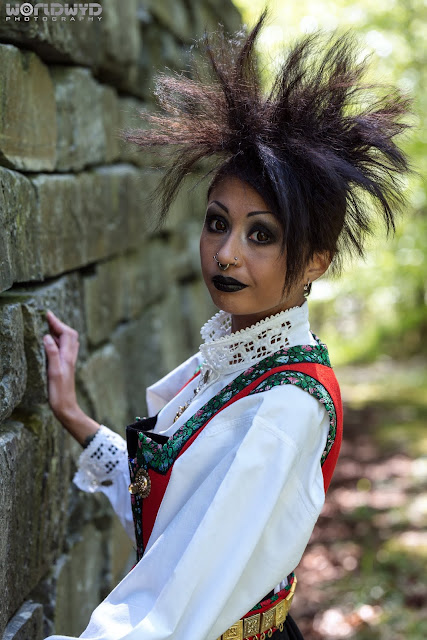 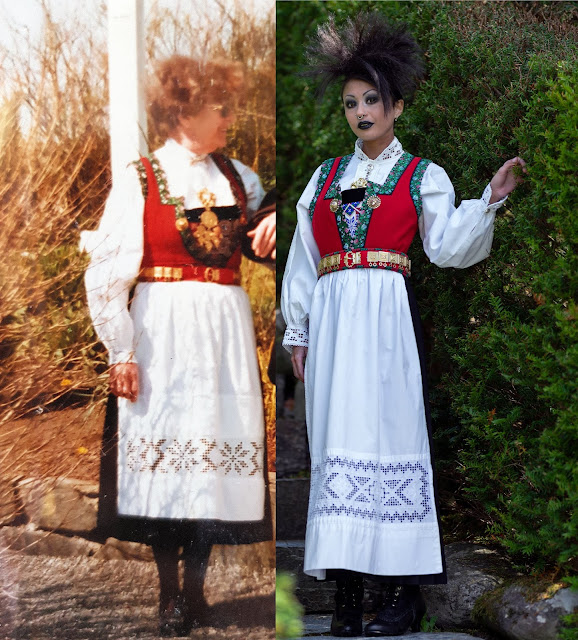 Bonus: I put together this photo of my grandmother and me!

What do you think?
I'd be interested to know what international people think!
If you're norwegian, do you have a bunad? Which one?
And have you ever seen someone looking like this in a bunad?
Posted by Caroline Åsgård Skulstad at 2:55 PM