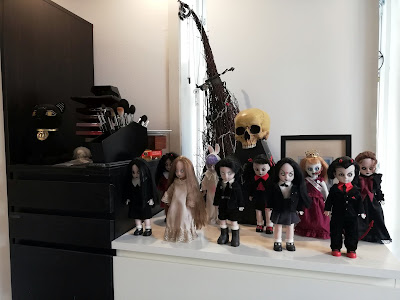 Hey everyone! Today I wanted to share my Living Dead Dolls with you! They're nicely displayed in our living room, so you probably see them immediately when you enter - I think it's better than our burglar alert! I started collecting them maybe 5 years ago after wanting them for years. But I haven't bought new ones since.. maybe 2015. I do want more (Bride of Valentine plz), but not sure if I have the space! I have the original series 1 and 2, so I'm happy about that, at least! For those who don't know, each series is made once, and then never again. So if you want older series, you need to buy them second hand. I recommend facebook groups for this, as people on Ebay can be selling them for WAY more than they're worth. But sometimes you can find good deals there too! The dolls differ a lot in value, so you'll just have to look around to see what they're going for in different places. Enough rambling from me, let's see them up close! 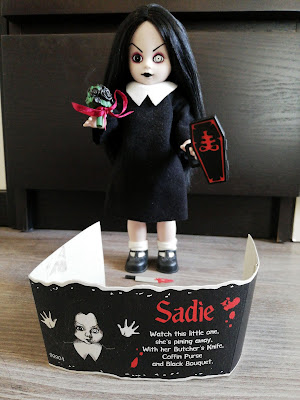 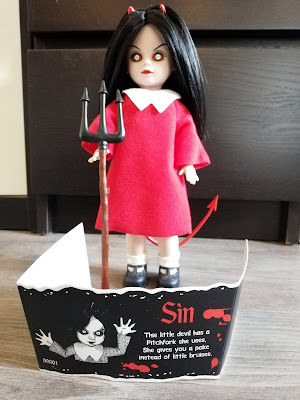 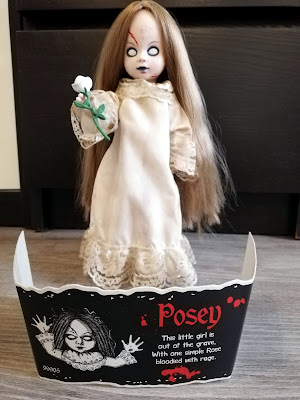 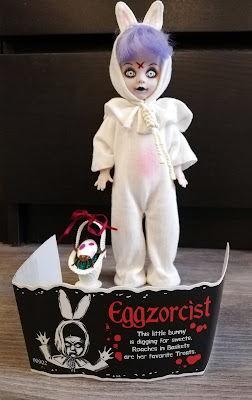 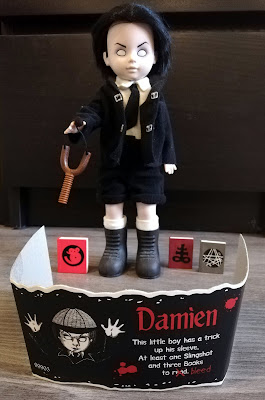 Damien
I lost his cap :( 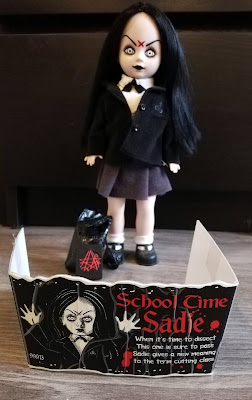 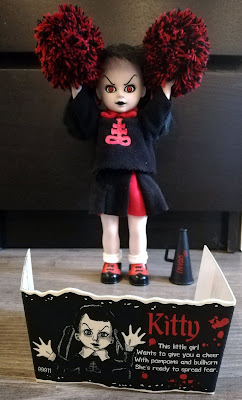 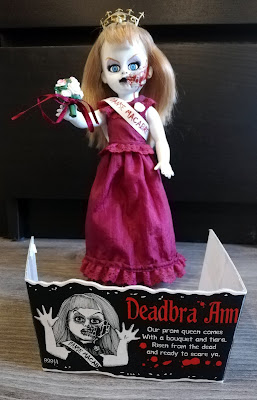 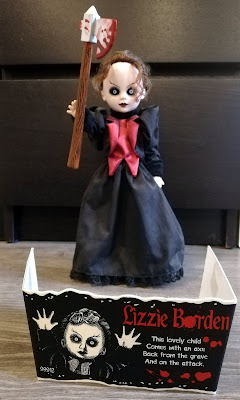 Lizzie Borden
Love her so much! 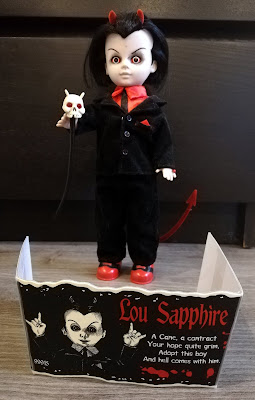 Aren't they just adorable?! Ok most people I know disagree - I've even had people tell me they will never visit me after I've shown them pictures of them. Why would I invite you anyway?! They are my adorable little babies, that sometimes are up to mischief when they want mommy's attention. At the last place we lived they're were pretty energetic, I think I remember writing about it here when my blog was pretty new. No matter where I put them in that house, they would fly pretty far from their shelf! Kind of creepy. But all 5(?) other places I've lived with them, nothing. Weird.

Do you collect Living Dead Dolls, just casually have some or are interested in them?
Let me know in the comments! We can gush about them :D
Posted by Caroline Åsgård Skulstad at 6:16 PM