It's a new day, and we're back on Old Town Square, just as beautiful during the day. 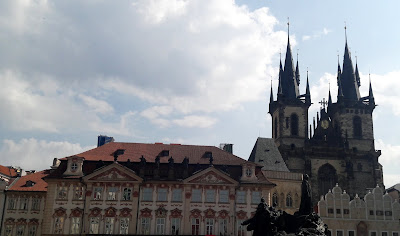 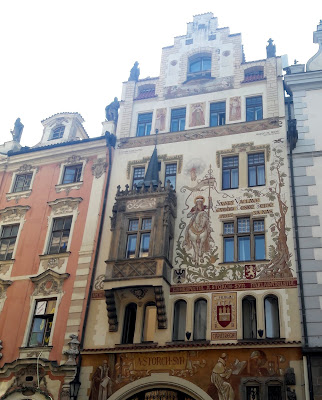 After breakfast we went to a torture museum and the Sex Machines museum. Both very interesting!
Then we went to the city hall to find something special... See the video below!

Right next to the city hall is the central library, where they have this: 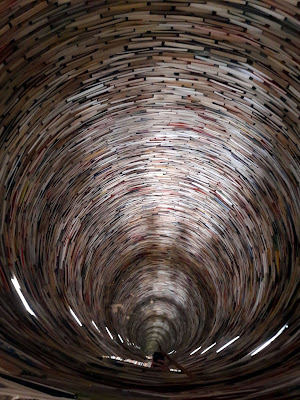 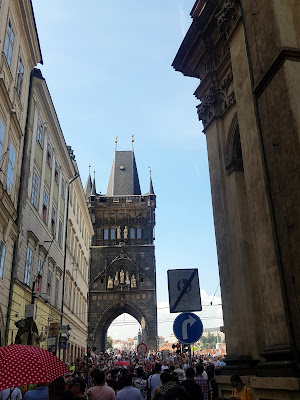 This is what Charles Bridge looks like during the day. Fuck that! 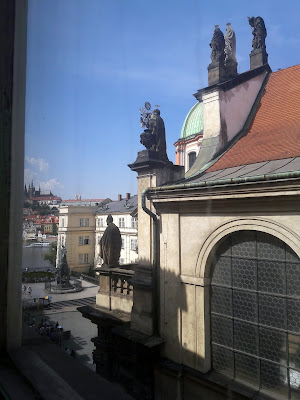 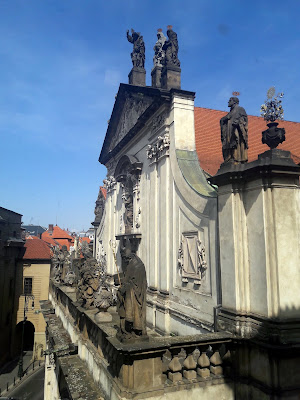 So cool to see these up close. 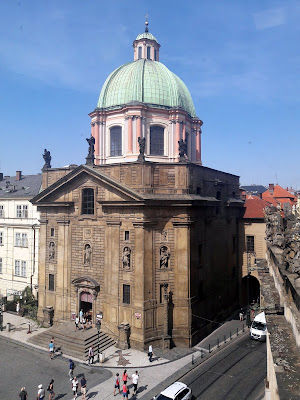 After roaming around for a while, we stumbled over this! 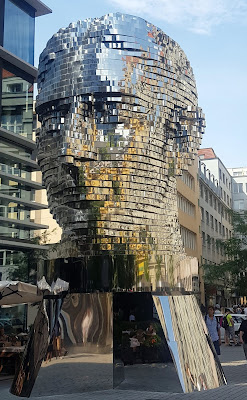 And in the mall next to it:
LOL

We went to the Metalshop, which had a great selection! Simen tried tons of things on, so now he knows what size he should get. He ended up buying a wristwatch, and I bought a sturdy chain.
By the way, I had no idea that Nosferatu gothic shop had been merged with the store, so don't go looking for it! Afterwards we suddenly found ourself on Wenceslas Square. 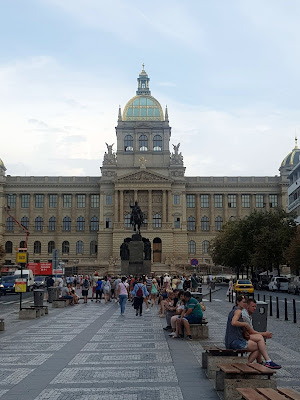 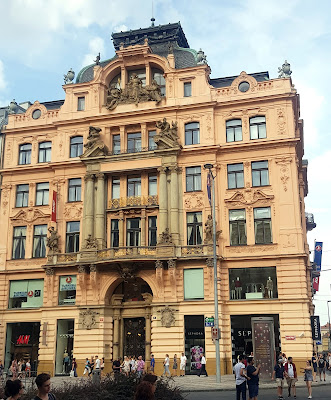 Best building to have a H&M and Sephora in!


I wanted to go to Bontonland music store, and there I got these:

Not new to me, but now I actually own them!

Then it was time to have some dinner. 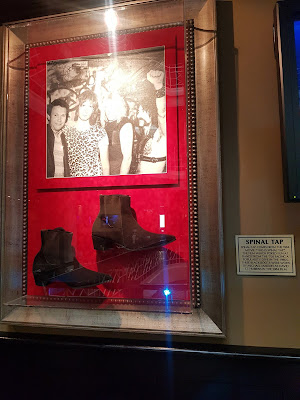 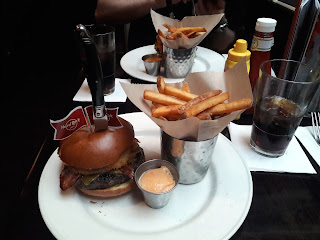 Since it was my birthday this month, I got a free entrée!
After we ate happy hour started, so we had a drink. 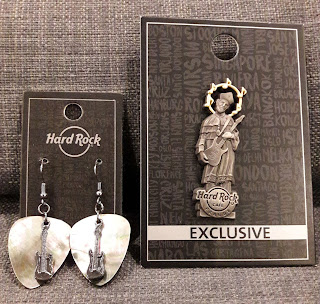 Had to get myself a pin! And found these cute earrings.
I forget that I have lobe piercings again and can wear some!
I also got Simen some in-ear headphones since he forgot his at home.

Then we went right across the little square to see if Black Angels bar was open - and it was! Oh my god, I'm SO glad we went. It was a super nice place, with the best service ever! The drinks are a little on the pricier side by czech standards, but totally worth it. Simen got a really good rum drink and I got a sazerac with absinthe dry iced into it! The waiter refilled the dry ice three times, so I got pretty buzzed on that one drink. I had to restrain myself to not drink it too fast! And everyone who knows me knows I'm a slow drinker, So THAT'S amazing! I can really recommend it.

Onto more bars! We checked out the steampunk bar: 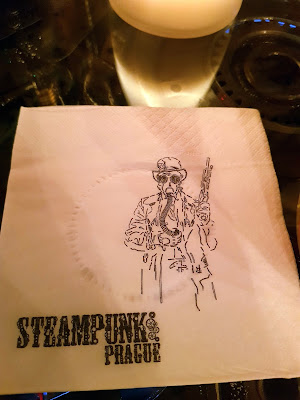 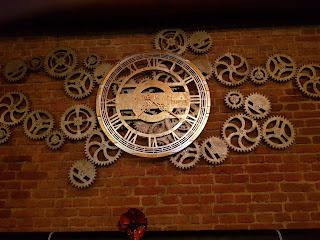 Then we went to Lokál Dlouhááá. Sadly we were too late for food, but we just had a beer instead. It came straight from the tank! So this is the place if you want a local experience.
But fear not, I found another pub nearby so I could get the famous smažený sýr - fried cheese. I absolutely love cheese despite being allergic to milk protein, so I had to try it! And it was delicious. 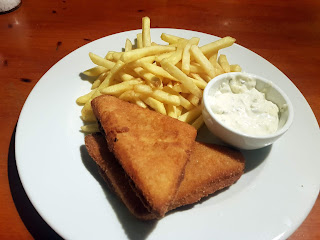 So that was our second day in Prague! A pretty long day, about 12 hours of roaming around the city center. Next up is Prague Gothic Treffen, which was from friday to saturday! I barely took any photos myself, but I think I can gather up photos other people took so I can still show you. See ya!
Posted by Caroline Åsgård Skulstad at 1:56 PM