I'm just gonna call this Prague Day 6 even though most of the day was spent in Kutná Hora, a city about an hour away by train from Prague. It's main attraction is Sedlec Ossuary, AKA the bone church - which was of course what we wanted to see the most. But we saw other things too! 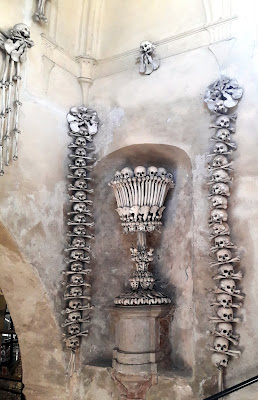 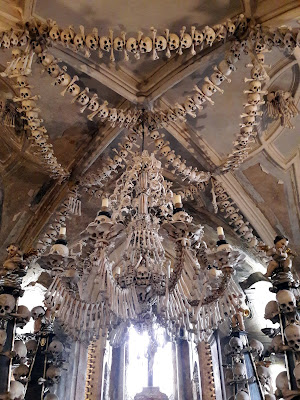 This is made from at least one of every bone in the human body. 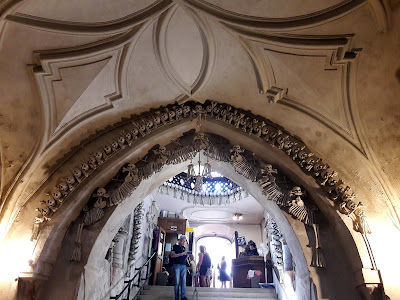 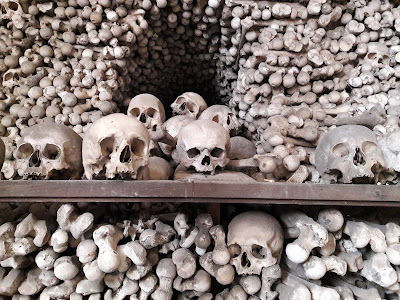 Look at that tiny little skull! 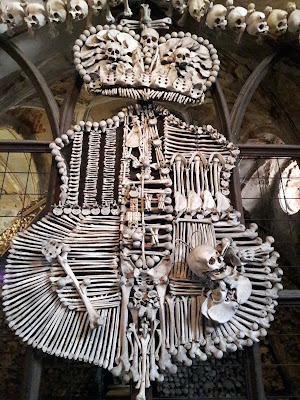 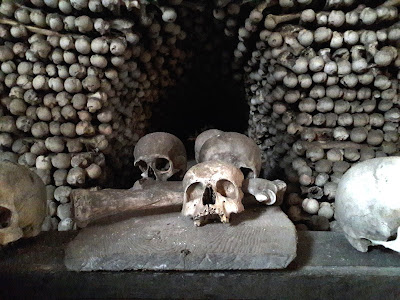 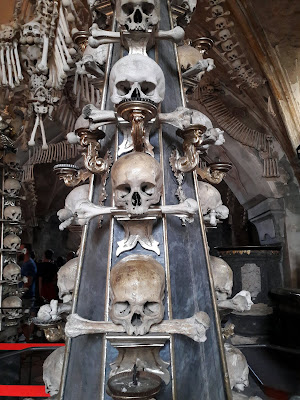 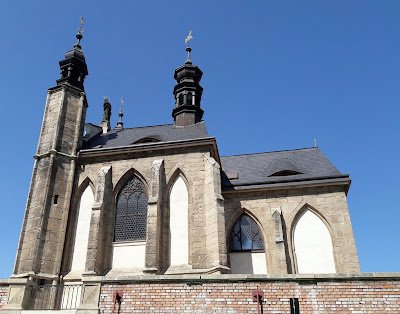 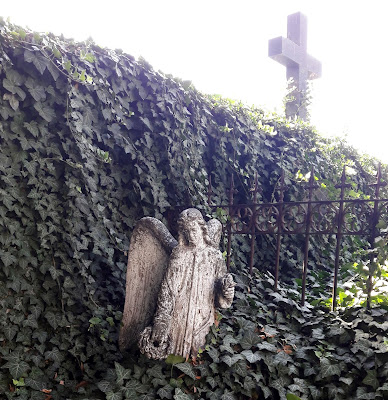 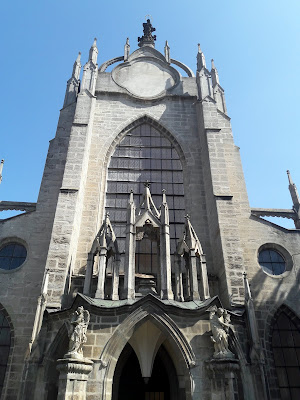 A church not far away. Not sure of the name though.
Wikipedia has two different pages on it. 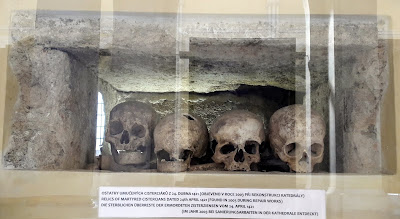 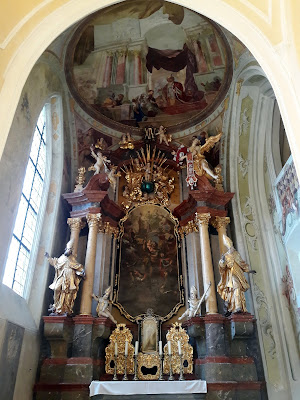 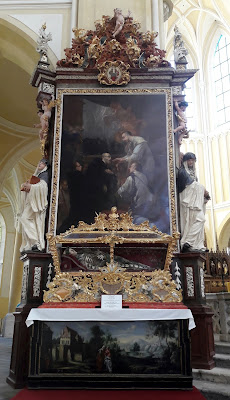 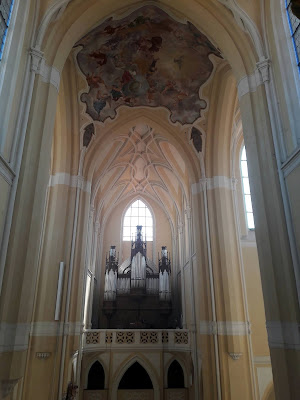 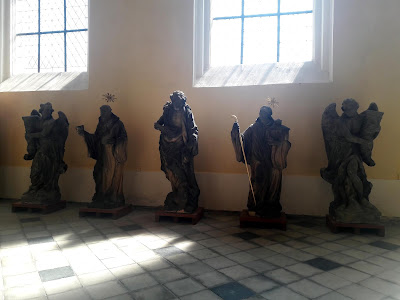 Here's a secret: I find statues creepy. But not human bones xD

From the two churches above it's about a 40 minute walk into the city center. There are probably buses and taxis, but we didn't see any, and we had no trouble walking.
When I did research about the city I found out they had a chocolate museum with free entry, so we found that! It was super tiny, so no wonder it was free, lol. But the guy there told us about everything, and it was pretty cool and interesting! We got some samples of chocolate, and I of course bought some to take home. 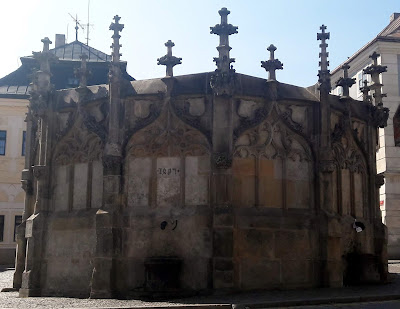 A pretty fountain where we filled our water bottle!

We found a lovely chinese restaurant called Peking which had a HUGE menu. I didn't see what I wanted, so I just asked for it, and they made it! I got a small mountain of food, and it was delicious. Pretty cheap too! So definitely recommended if you're in Kutná Hora. On to the last church! 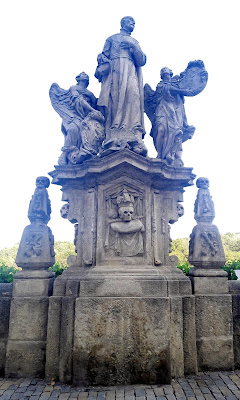 They kind of have a mini Charles Bridge here too! 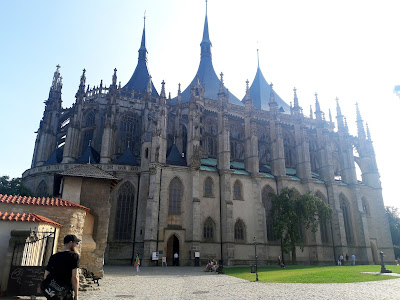 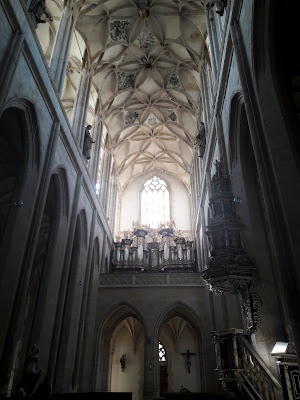 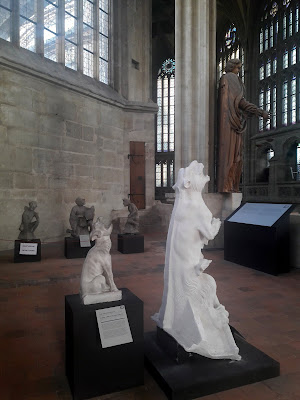 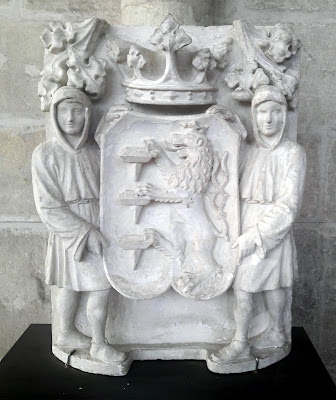 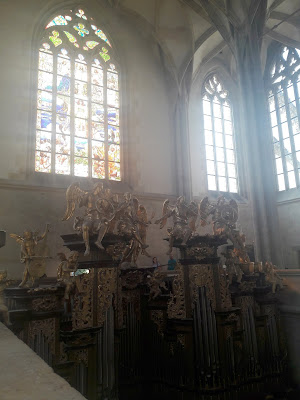 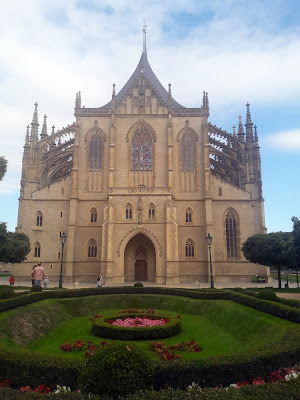 After that we took a bus to the train station and the train back to Prague. I think we walked around a bit, then sat down on Old Town Square for a while. We had some italian food for dinner, and I ate even though I was still pretty full from the chinese food. See below for my food baby! 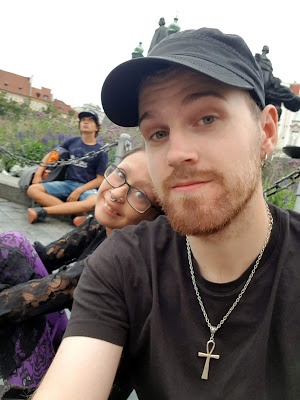 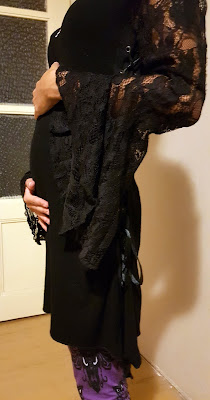 This is huge for me ok, hahah.
I'm usually so flat it almost goes inwards!

Whew! That was a long one. We got home early that day, which felt weird, but we still did quite a lot! It was totally worth the trip, so if you have more than 3 or 4 days in Prague, do it! It's cheap too!
Come back tomorrow for our last day in Prague!
Posted by Caroline Åsgård Skulstad at 3:19 PM