Sadly our last day in Prague was upon us. We had done most of the touristy things, but we still managed to fill up the day. We took the metro to Vyšehrad and ate at YamYam restaurant before we sat down on the castle wall enjoying the view. Then we bought a ticket to see the casemates and gorlice as they call them - where they keep some of the original statues from the Charles Bridge. 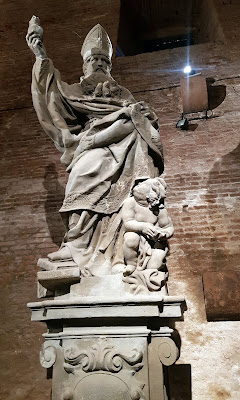 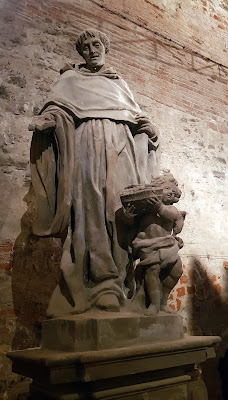 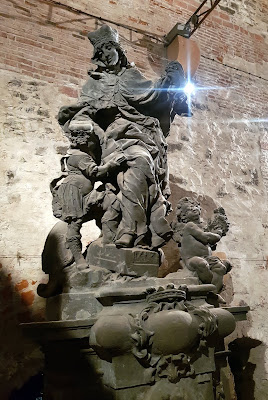 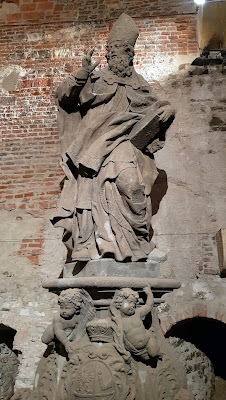 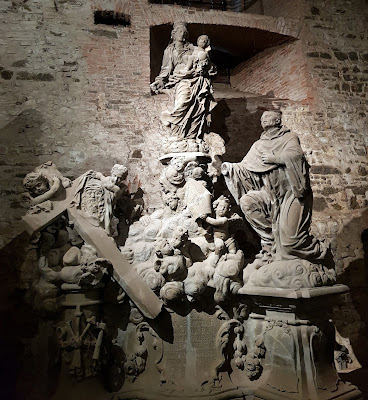 I have no idea how they got this in there. 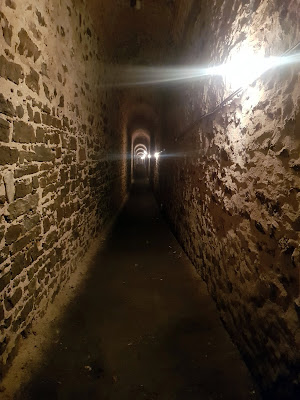 The tunnel was so cold, and much darker than it looks!
Never mind the bone church, THIS is creepy xD

So that was really cool to see! After we also got to see a projection about the castle and Prague's history. Then we decided to take a stroll along the Vltava river back to the city center. 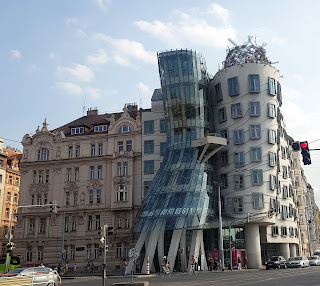 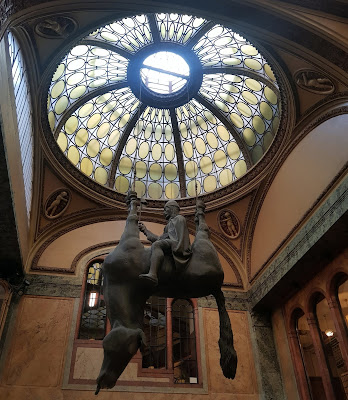 Stumbled into the Lucerna passage and saw this!

Deeper in the passage we found something called Prague Fear House: 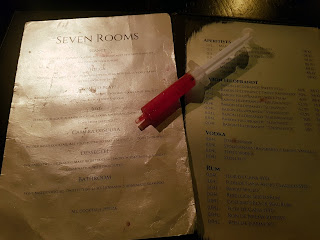 It turned out to be a really cool-looking bar!
It took almost half an hour to get drinks though. 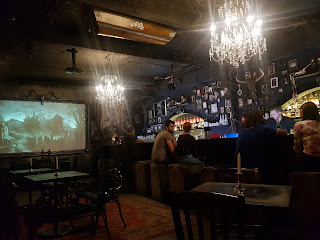 It seems they also have hardcore haunted houses / scare events, but I think I would be too squeamish for that, haha! Even though I got a freaking season pass for Universal's Horror Nights when I lived in Orlando.

I wanted to have fried cheese one last time, so we looked around on Wenceslas Square for it. There was a restaurant on the square, but it was super expensive. Only a few meters away in a passage, we found a great czech restaurant! BEST fried cheese I've had (it disappeared before I could take a picture), good beer, great desserts and amazing service. Definitely recommended! 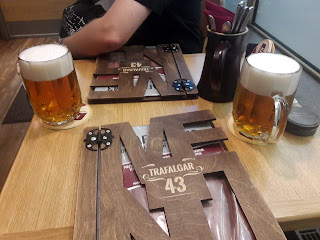 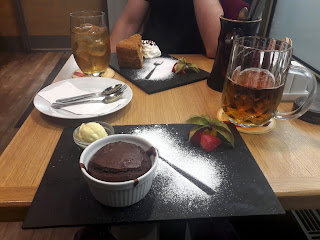 We ended the evening by meeting up with Truls, a fellow norwegian. He's by the way the owner of Dracula Clothing, I've shopped his stuff for years. We went to BeerGeek and had some interesting beers, and the guys had chicken wings. We babbled on until about midnight, we were all tired by then and went home. Besides, we had to pack, since we were leaving the next morning! 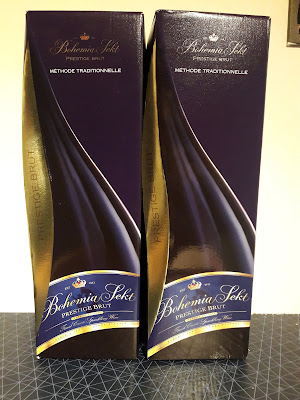 Bought this at the airport, recommended by Truls! 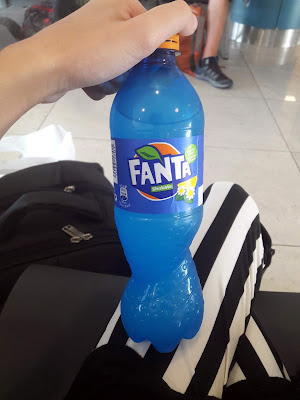 We had seen this in the store, so Simen finally decided to get one to try it out. It's not actually blue, by the way. It tasted VERY citrusy, but since the ingredients were in czech, I can only tell you that it's lemon, haha. We passed the time at the airport with fellow norwegian Floyd who we met at PGT, as he was flying to Norway too. It was really sad to go home again from this amazing city, but I guess we had enough time there. We'll be back someday! And of course we came back to pouring rain and 10 C colder. Not fun. Our apartment was also freezing cold, so we had to turn the ovens on!

Oh well, that was that. I've been putting together all of these blog posts on friday the 31st (well, it's 20 minutes past midnight as I'm writing this, so the 1st then), while the memories are still fresh. Sharing these posts with you guys will probably help! And I will probably be spamming Instagram for ages, hahah. This trip has been so amazing, it really exceeded all of my expectations!
If you want to go to Prague, I say do it as soon as you can! If you need any tips, just ask! I also recommend watching Honest Prague Guide's videos, he has really helped me a lot.