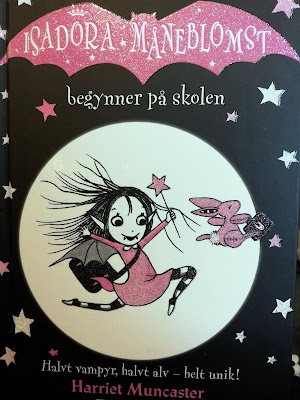 I already loved this the first time I saw it. It's super cute, and spooky at the same time - just the way I like it! I didn't get it before I saw it on sale though, and I'm really glad I did!
The book looks very tiny, but it's bigger than I expected. It's a nicely sized hardback, with raised glittery parts on the cover. 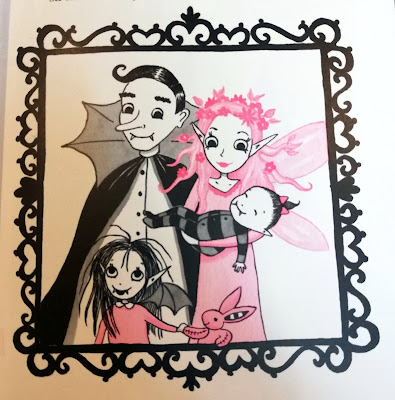 Since this is the first book, we are introduced to Isadora Moon and her family for the first time. She's half vampire and half fairy - her father is a vampire, and her mother is a fairy. Her baby sister is a halfling too! They live in a half black, half pink house, and she has a stuffed pink rabbit - which her mother put a spell on so it's alive. 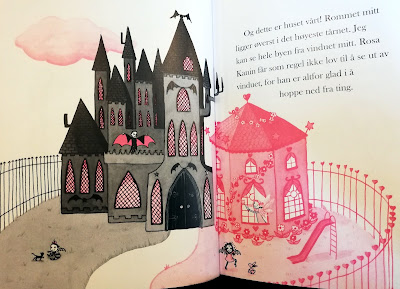 I guess Isadora is around 6 years old, since her parents tell her that it's time to start school. But since she's half vampire and half fairy, will she go to vampire school or fairy school? Her parents decide that she attends one day at each school so she can decide. 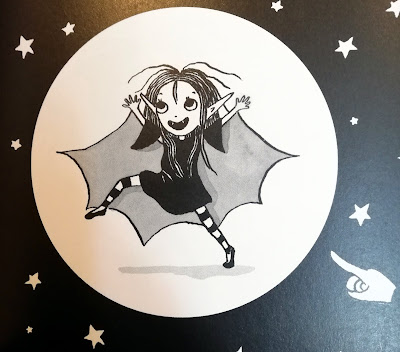 I'm just gonna give it all away since I already guessed the plot after I read the back of the book, so I assume most adults will too. Just don't tell the children! ;)
Isadora goes to fairy school, which doesn't go too well. Maybe she is a vampire after all?
The next night (after not sleeping all day) she goes to vampire school - and that doesn't go well either. 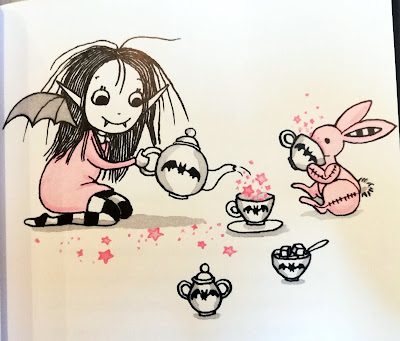 The next day she sees human children outside. She notices that they are all unique and beautiful. They start talking to her, and get along well. Then Isadora decides that she will go to regular human school! Her parents are appalled at her decision, they think humans are weird. Isadora confronts them with the fact that THEY might be the weird ones. They accept it, aand happy ending. 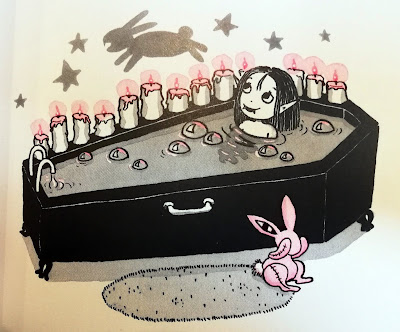 I wish we could have seen Isadora try normal school too though, but maybe that'll happen in another book. Other than that I loved it! It's an adorable story! And it definitely has a beautiful message, which all children (and even some adults) should learn.
I definitely recommend it to everyone (for their children or themselves, no shame in reading children's books, I love reading them myself)! I will definitely be getting the other books.
I also follow the author on social media, she's as cute as her books! 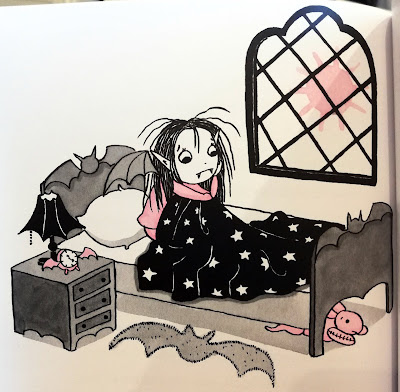 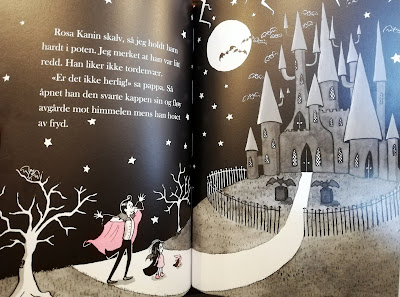 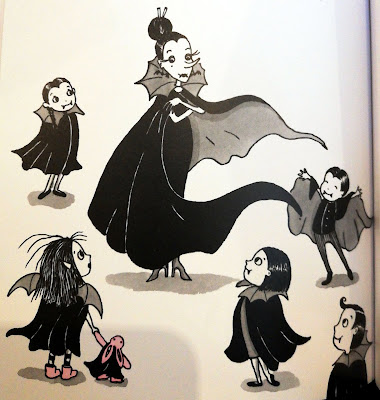 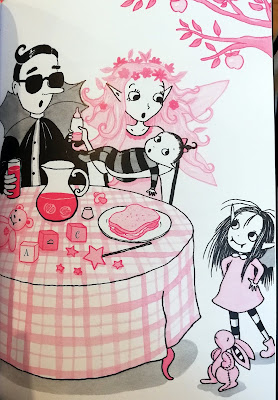