A couple of weeks back Simen came home from work and told me there was a goth night at the bar he works at. He was the bouncer that night, and suddenly heard Bela Lugosi's Dead. He talked to the DJs and ended up requesting lots of songs. I was pretty shocked! Goth isn't very big in Norway. There is one night in Oslo that happens a few times a year, and there was one event in Kristiansand this summer that I haven't heard more about. Bergen used to have at least one goth club, but it closed down while I was still a kid. So I messaged one of the DJs of the event and found out when the next one was, which was last night! It's a monthly event, and I hope it lasts so I have something to do LOL

My look for the evening, photos taken by Sandra. We hosted a little pre-party, since I had invited a bunch of friends to come with me and check this out. I just got ready at my living room table while we talked, haha. Didn't wanna miss the fun by being stuck in the bathroom! Emma took this lovely photo of me when I had just started getting ready: 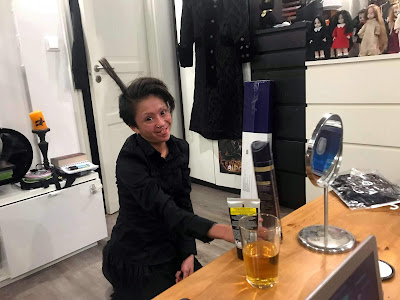 Shortly before 23 we left to go to Café Opera, which is where the event was. We sat upstairs until the music started about half an hour later. We came down to this: 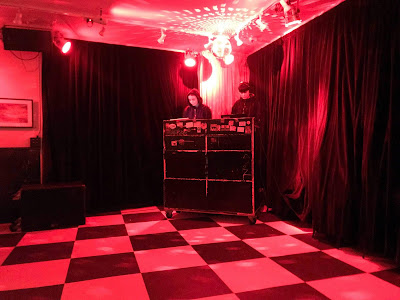 Lovely DJs Frida and Amanda - I believe they're danish. They were super sweet and happy that I brought friends. Of course, I'm excited for this and want to support it! 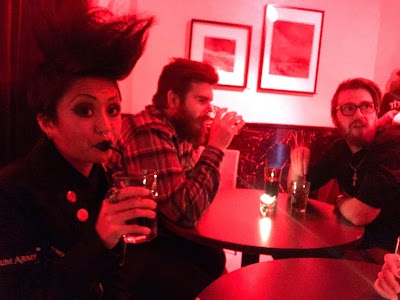 We sat down for about half an hour or so before we started dancing. I don't know if it's a norwegian unwritten rule or anything, but I feel like it isn't okay to dance before midnight, hahaha. But right around midnight a good danceable song came on! It might have been She Past Away, I don't remember. I was really happy with the music, they mostly played post-punk and goth rock, and lots of danceable tracks. I think I barely sat down after getting up to dance - I was pretty tired in the end! 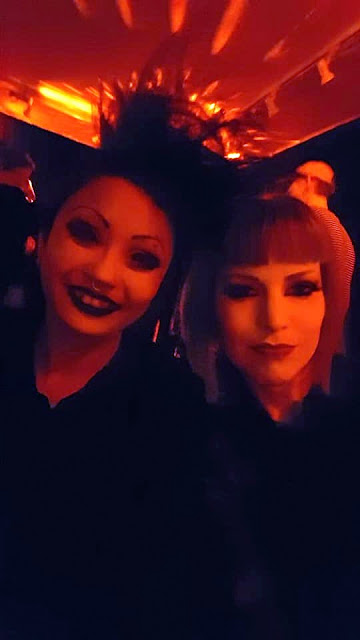 Kendra showed up towards the end! Time just flew by, and I didn't even check my phone, I had so much fun. That's why none of the photos in this post were taken by me, so thanks friends, for giving me photos to use on here! We danced on until me and Simen had to take the last bus home. It was a super successful night, I even got drunk! In contrast to last weekend when I had like 8 rum and cokes and didn't feel anything. But I might have had more liquor than that last night, not sure. I slowed down when we got to Café Opera, but it didn't really hit me until we got home, haha. I was too busy dancing and having fun to notice! Looking forward to next time, one of the DJs told me the next one is december 14. If someone reading this is in Bergen then, like Café Opera's facebook page and look out for the event (it should be out around a week before). I really want this night to keep going, that would make me super happy! It's so boring being a goth in Norway. Thanks for reading!
Posted by Caroline Åsgård Skulstad at 2:22 PM