Hey everyone, and happy new year! I'm super late with this, but I've been stuck in vacation mode - and a bunch of books. Time to get my ass in gear and tell you about the holidays! 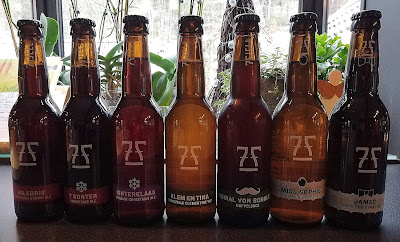 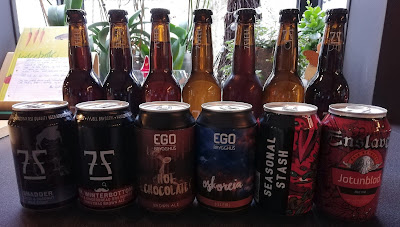 All the beers I bought in preparation for the holidays 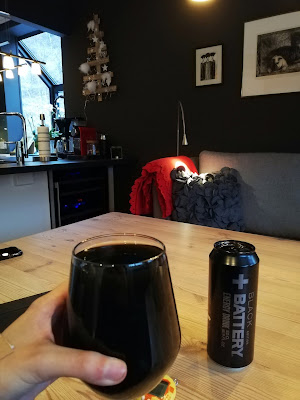 Simen's parents had painted their kitchen black since we were there last! I definitely approve. 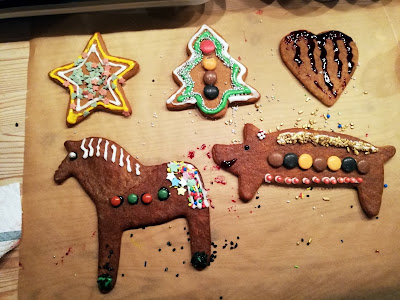 My pig was awarded the best one :D 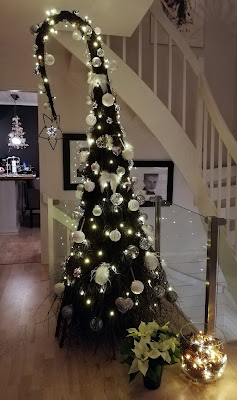 The tree! Every time I've posted a photo of it people absolutely loved it. So for those who haven't seen it before, here you go! A handmade tree which reminds me of A Nightmare Before Christmas. 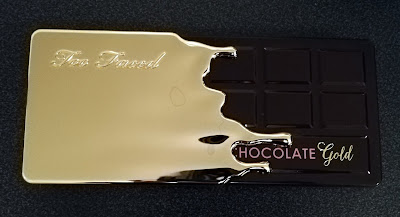 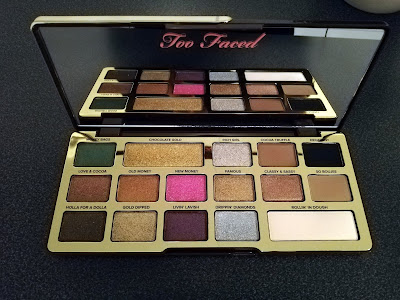 Opened this gift early since my mom completely spoiled it, hahah.
And that way I could use it for holiday looks! It's so gorgeous! 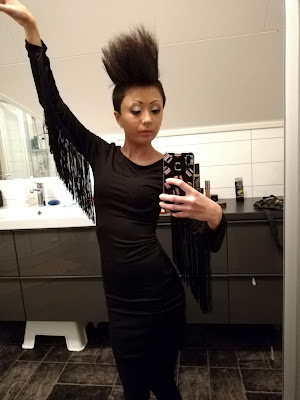 Such an awesome thrift store find.

On little yule eve we had some extended family over, and after dinner we played the annual gift game where we roll dice and fight for small presents. My best wins were fuzzy cute socks!
Afterwards we watched Dinner For One / Der 90. Geburtstag as usual - while drinking the 4 beers I had bought that was inspired by it! 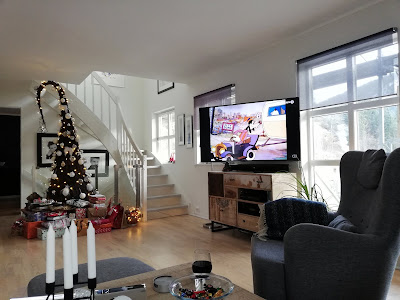 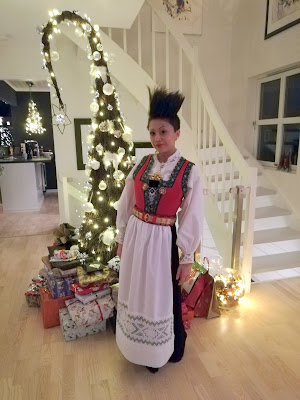 Decided to wear my national costume for xmas eve!
Not many people do that, but I want to wear mine as often as I can! 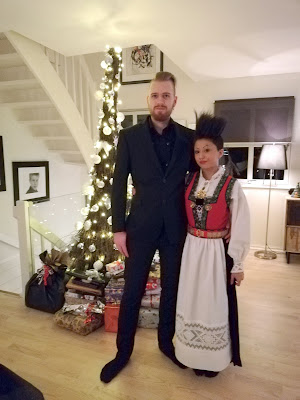 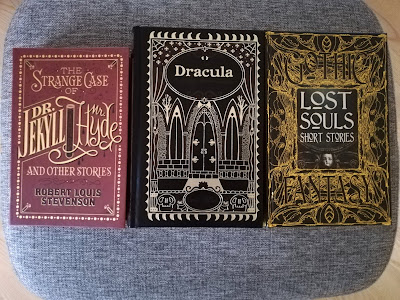 Beautiful books Simen got me! 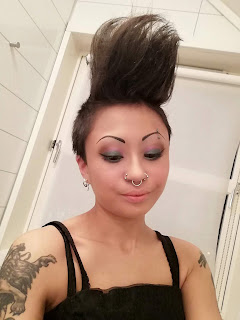 Most of the days we all just took it easy. I caught up on some reading since I had been too busy to that all of november and december, and completed my GoodReads challenge of 65 books! Simen's mom had also bought a 3000 piece puzzle that we all contributed to. We got pretty far! In the evenings we played a lot of games, which I'm not used to, but still very fun.

On the 27th, after some shopping, we went far out into no-man's-land to try an escape room for the first time. Simen's mom had chosen the nightmare room, which was an asylum-themed room. At first we struggled a bit to get used to the idea, but after that we quickly worked together and used our personal strengths to solve all the puzzles - and finished it with 12 minutes to spare! And the room had photos of Stefan Ackermann of Das Ich as the seven deadly sins! The images were split in two, and located in different drawers and stuff that we had to unlock and then put together. The numbered images of him where he looks into the camera gave us a code for another padlock. Pretty cool! I definitely want to do it again. I know there are escape rooms here, and I recently found out that my old band's rehearsal place has been turned into one.

The last day before we went home friends of Simen's family came over - they're practically family anyway. The holidays in Norway are very family oriented, but the later days people start creeping out of their homes and see friends too, if they are around. We had a lot of drinks and played this charades type game (luckily I got to try it a couple of days earlier), which was hilarious. 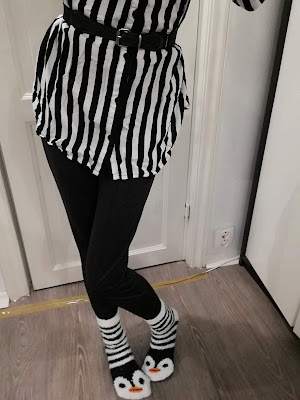 Some of the socks I won in the gift game! Love them! 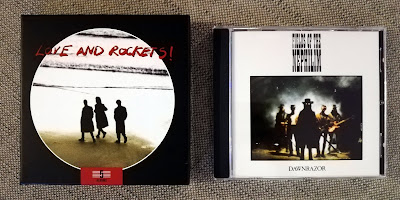 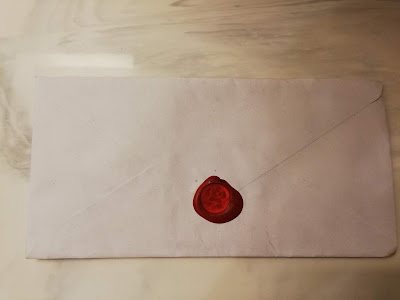 I thought I was going to Hogwarts, but alas.
Lillemie had sent me a gift certificate!
If you like Pusheen, cute stuff and crafts, check it out!

The day after we got home (god, our apartment was so cold), we went to my parents. I had visited them two days before we left to help decorate their tree - and my mom got a great shot of me and my sister! And yes, that's a pumpkin t-shirt, cause I'm awesome like that. 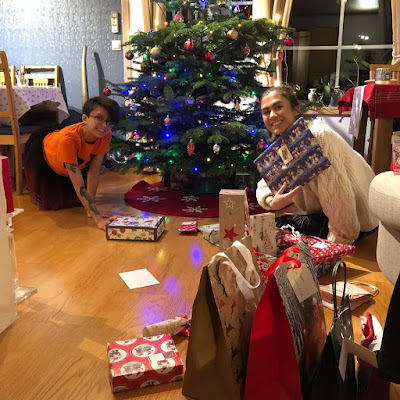 I spent new year's eve with some friends, and last week my friend Mari also had her birthday, so we gathered again last weekend to celebrate! And the other day I spent 3 hours at the hospital being screened for a study I'm going to participate in for a new eczema medication. They took TEN vials of my blood! I don't know how I survived that. I must have made some vampire REALLY happy. So after that I bought myself some books as a prize! Fittingly one of them was Dracul by Dacre Stoker.
Yesterday I went shopping with a friend, and today me and Simen had a dinner date.

Hope you've had a wonderful yuletide and start of the new year! I'm gonna try to get my ass back into society, and not just hide away in books, haha. Until next time, how about you check out my updated Best Of page and review some of our favorite posts from last year? Talk to you soon!
Posted by Caroline Åsgård Skulstad at 10:01 PM