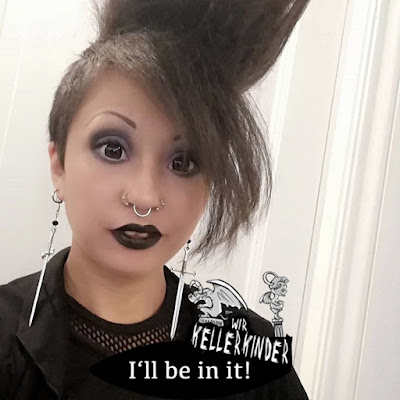 As probably everyone who reads my blog knows, Wave Gotik Treffen is probably the biggest goth festival in the world. It's been going on for almost 30 years now, so it's no surprise that most of the attendants have children. Christian Schaefer is one of them, and had the idea of making a children's book about WGT!

I think it's a great idea. Children who grow up with ''spooky people'' as parents or figures in their life would never think we are scary or mean. Children who don't will most likely be taught negative and false things about us. A book like this could show both children and adults that there is nothing to be afraid of, we are people just like everyone else, we just have some different interests.

Wave Gotik Treffen is the perfect setting! When I first started going at 18, it was like finally finding ''home'' - where I belong. Everyone is so nice, and best of all, the city of Leipzig welcomes us with open arms. During the day there are kid-friendly events, and there's even a kindergarden at the main festival area!

So this book will showcase this, in the form of those thick cardboard picture books we all had as kids. Christian has teamed up with Jan-Erik Mendel, AKA Gotikatur, who is also a father, to draw the scenes as well as REAL people into the book. This means anyone who wants to can be in the book! I have already secured myself a spot in the book, so that's pretty exciting! 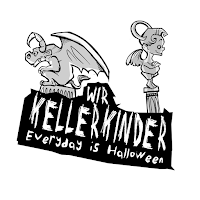 Click here to support the kickstarter and read all the information about it! It was actually funded in 3 days, just by us who had signed up to the newsletter. Now it's released to the public, and they've already gotten enough money to put in two new scenes; the Heidnisches Dorf and the Victorian picnic! At the next goal the Steampunk picnic will be added, and there are also four more scenes that can be added provided they raise enough money. So the book will be a reality, now it's just a question of how thick it will be! And for each scene more people can get drawn in! For each person you also get a child drawn for free, so if you have children, or maybe even nieses, nephews, fairy gothchildren, they can be in the book too!

I'm super excited about this! The kickstarter will be open until August 17, so I have until the end of M'era Luna to get a good photo of myself to become immortalized, haha! If you don't want to be in the book, but still want your own Gotikatur, contact him, and he will hook you up! I will put all the links you could possibly need below! 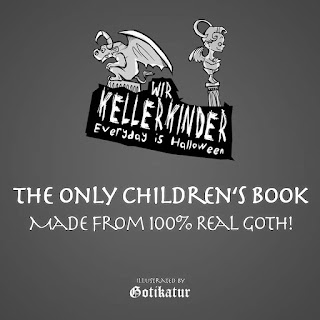