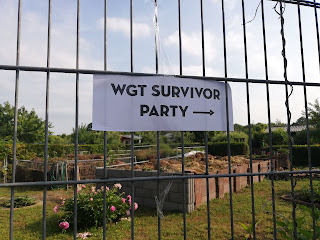 While most people fuck off immediately after the festival, some of us stay! Like last year, Gwen and Seb hosted their WGT survivor party in their garden. Really cozy and relaxed gathering! Delicious food on the grill and drinks cooled down in a doggie pool. 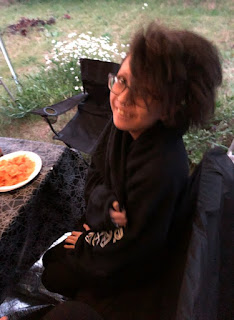 So the day before it stormed really bad, luckily I was inside Haus Leipzig the whole time, so I didn't even notice. Jossie had to seek shelter inside the Agra hall. This evening it happened again, and we were all huddling under the party tents, and still got pretty wet. Sadly we heard when we landed back home that the tent didn't survive. It was still pretty fun though! The smart people went home a little after the first wave ended, but us remaining people were hit with another wave. I have never seen lightning and thunder this bad before! It was really fascinating, but kind of scary. There were also a couple of bats flying around, which was really cool. 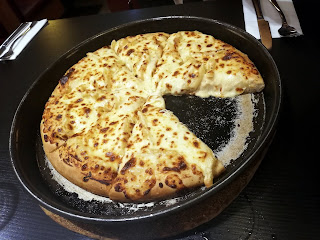 We brought Jossie on to continue our tradition with the mac & cheese pizza at Pizza Hut! We also had super cheap (and good) cocktails while waiting! She loved it. Most people think it sounds weird, haha. But it's delicious, we swear! 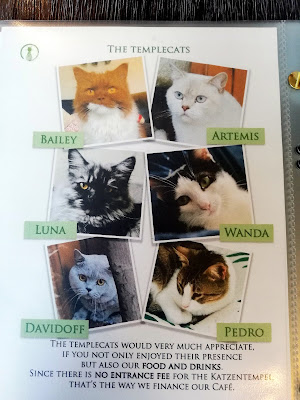 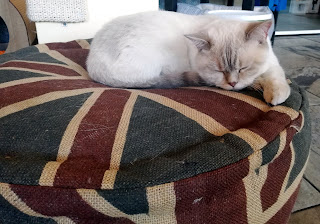 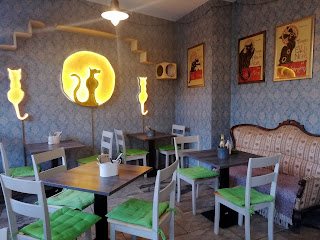 Afterwards we went to the cat café, which was pretty close to our AirBnB! We got there an our before closing, so luckily we got some time with the cutie pies there. Definitely want to go again! 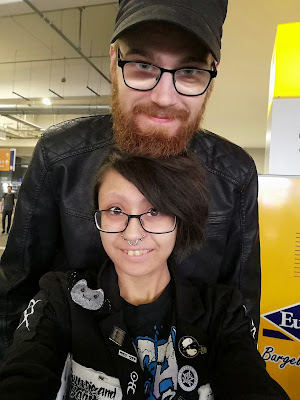 I don't know HOW we got an amazing photo of us at freaking 7 in the morning. Simen is usually pretty awkward in photos. But I guess staying a little longer gave us some time to relax! I slept fully from Tuesday to Wednesday, but to Thursday I only slept one hour, blergh. 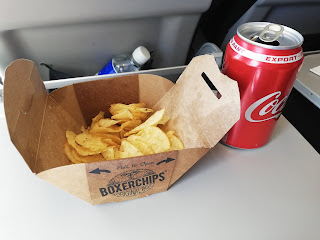 On the way to the airport, we had a bunch of smaller delays and cancellations. Luckily we made it to before the original check-in time. But I heard from friends who were taking the same flight (but had spent the days after WGT in Berlin), that the luggage carousel had stopped working, which made the line super long. We were far behind in the line when our plane was supposed to leave. 2 hours after we got there, we were finally on the plane. 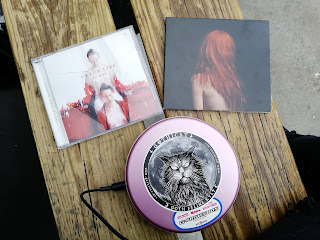 Creux Lies and Bragolin helping me with my WGT blues! When we got home we discovered the storm had hit us too - Our power was off. Which meant our fridge and freezer had gone room temperature, the latter was full of water, and we had to throw out all the food. Not what I wanted to deal with when we got home! So we dealt with that, and I went to bed. 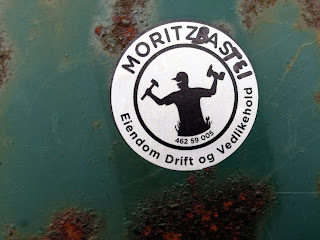 Somebody put this sticker on our mailbox. Fixed it to say Moritzbastei instead! For those who don't know, that's a club in Leipzig, where I spend most late nights during WGT. 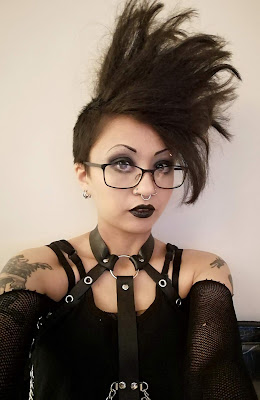 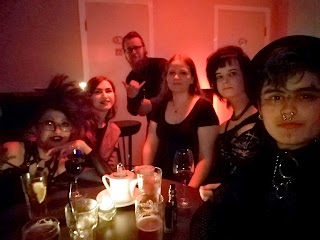 I know this is getting long, but I'll add one last thing! The day after we got home was the last goth club night before fall. We ended up being at least 10 goths, so it has been the most succesful one yet! We outnumbered the normies, hahah. So now the only thing happening here is my monthly meetup - the next one will be on the 25th. So I hope you've enjoyed these posts! If you wanna come next year, read my guide!
Posted by Caroline Åsgård Skulstad at 3:51 PM