Outfit for Sunday with a pop of color! 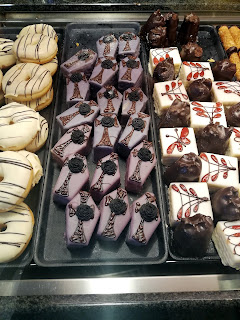 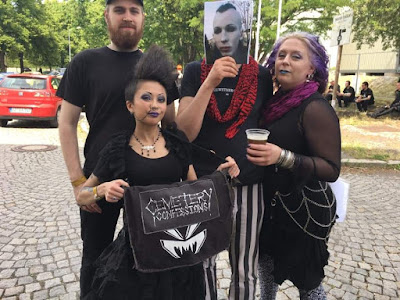 With ''The Count'' and Jez outside Volkspalast 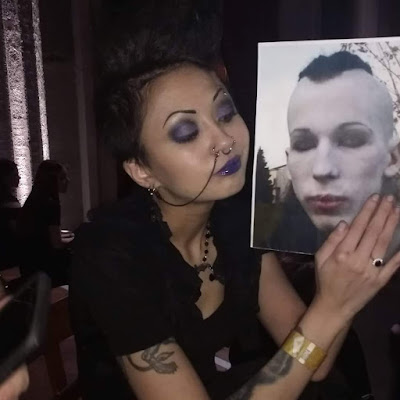 Okay so I probably need to explain this. So Daniel isn't able to come to WGT yet, so Jez printed out some photos of him to take with us around the festival! She gave me a copy on Sunday, and I ran with it. He ended up pretty battered in the end, and we left him in Leipzig forever. We sent him all the photos, and it made him so happy! So this was a really great idea and really fun to do.

Ok, on to the day's shows! It started off with Creux Lies, which were SO amazing and fun. Then immediately in the next room Bragolin, which was good but SUPER hot and stuffy. I bought their CDs, and already spinning them to death! Then it was Vowws, which was more calm, but nice. It was also super hard to see from where we were sitting cause the stage was so dark! Afterwards Cold Showers played, but I didn't see their entire show. Danced a little though! And then finally for me In2TheSound, which was pretty cool. Never thought I'd hear their songs live! 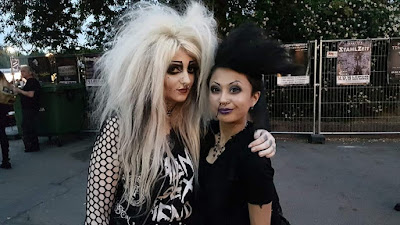 Then I left to go to Agra - Simen had left a little earlier to drop by at the AirBnb and then see Solar Fake. When I got there I met Wednesday, and we got some photos together! We had met briefly last year too. She's coming to M'era Luna too, so hopefully we get to spend some more time together! Cause sadly at WGT there's so little time, and most of the time your friends have different priorities / stamina than you. 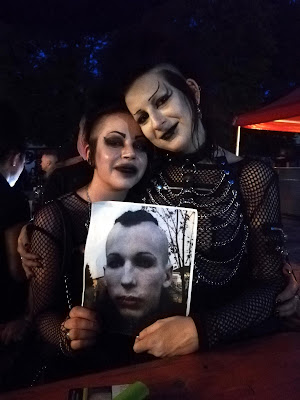 Met these lovely girls while I was getting a bite to eat before London After Midnight! I just randomly asked if they had heard of Cemetery Confessions and if they wanted to take a photo with The Count, hahah. 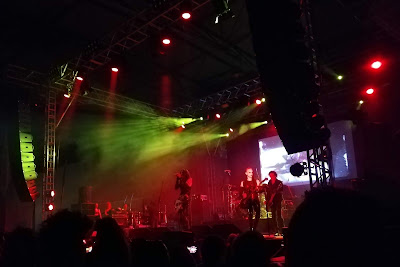 London After Midnight! Wow. It was so cool to actually see them. They were having some technical difficulties, but that didn't ruin it for me. I still thought it was great, also despite it being excruciatingly hot in there. After the show I managed to find a lot of people again, cause I had lost everyone during the show, cause people were letting tiny me go in front of them. 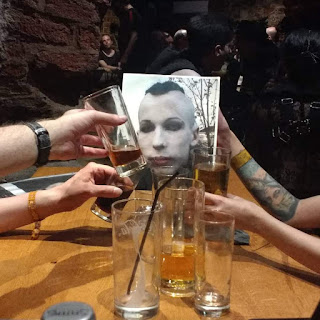 Wow, Sunday became really long, so I'll just leave you with this photo of Daniel and alcohol at Moritzbastei. We partied until 6 AM! Click here for part 3!
Posted by Caroline Åsgård Skulstad at 1:07 AM