Last official day of the festival! We started it off by going to the Spontis Family Treffen. For those who don't know, Spontis is a great blog about the goth scene, both then and now. It's in German, but you can probably get the gist of it using Google Translate. 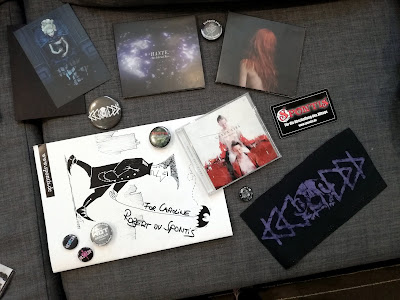 Oh, forgot to show you my swag! CD's I bought, free bits and bobs and the Spontis magazine (tote bag not pictured). Have to figure out where to put all this stuff! I gave a couple of buttons to Simen so he could decorate one of the bags he bought. 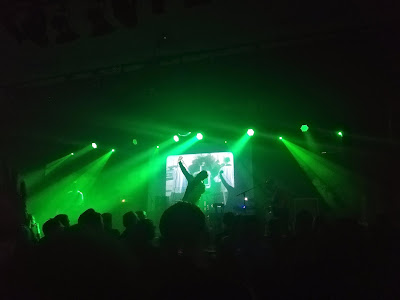 Later we went to Haus Leipzig, to see all the bands playing there that day. Geometric Vision started off the shows, and I was dancing the entirety of every single show that day! Stay tuned to the end to see how my foot looked at the end, hahaha. 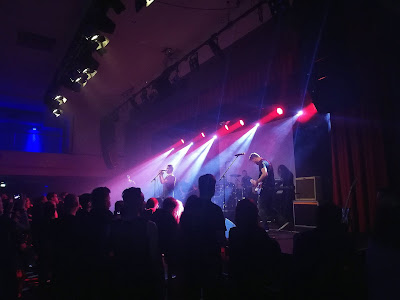 A Slice Of Life! They said this was their first show outside of Belgium, which is crazy! They're really good, you should definitely check them out. After them Human Tetris played, which were much better than I expected! I guess they were the only ones I wasn't SUPER excited about, but I really enjoyed it. And after that was The Foreign Resort, which were also pretty good! 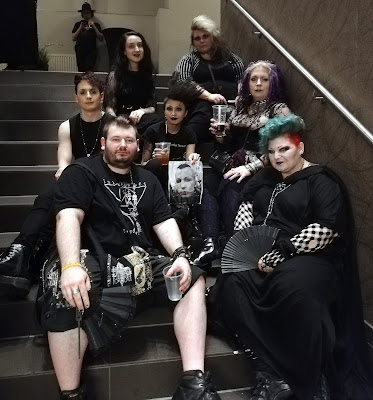 Managed to get a group photo with the Cemetery Confessions / Gothy Discord peeps! Sadly this wasn't everyone, but I guess the best we could do!
Rose, DJ Azy, Andi, Jez, Junkyardbat and Skullgirdle! 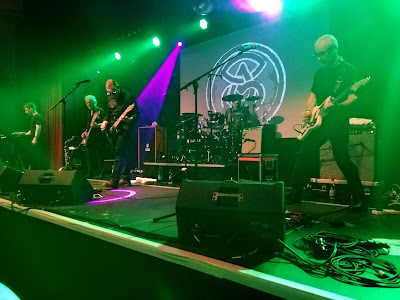 Managed to get on the front row for the final show; Sad Lovers & Giants! Wow, that was so fun. They make me so happy! And that sax, man. They played two encores, so I was in ecstasy by the time they ended. After sitting down on a couch for a little while (that felt SO GOOD), me and Simen walked over to Moritzbastei to party until the end. 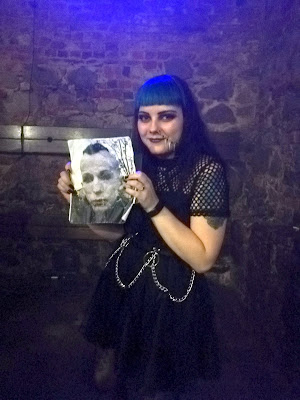 Jossie holding Daniel at about 8 AM when the music stopped. Got pretty drunk and danced the last hours. We made it! But before we went home we had to finish WGT off properly for Daniel. 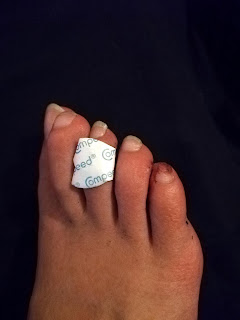 Sorry for the long nails, forgot to cut them (I can't see that far without glasses, ok). But this is what my foot looked like when I took off my pikes Tuesday morning. I hadn't even noticed I was fucking bleeding! Luckily I had noticed my middle toe hurt and put a Compeed on it before I got a blister. Gosh, my poor feet. The ''Treffen foot'' is real!

But wait! I'm not done with my posts yet! Click here for our last days in Leipzig, stressful trip home our local goth night and more!
Posted by Caroline Åsgård Skulstad at 3:11 PM