Bloodflowers by The Cure Review 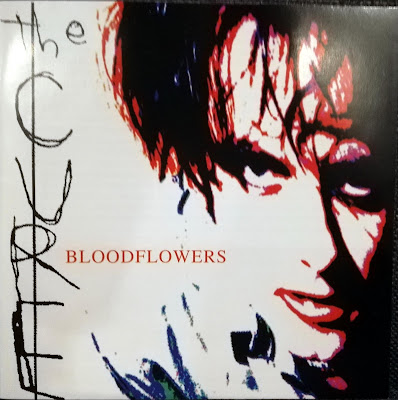 It's the new millennium! And The Cure went back to the goth sound that I love (for the last time?). While Seventeen Seconds, Faith and Pornography are considered by fans to be their gothic trilogy, Robert Smith considers Pornography, Disintegration and Bloodflowers a trilogy, which I definitely agree on. People tend to forget about Bloodflowers, but I think it's great.

Out Of This World
A lovely album opener. It takes you right back to the atmosphere of Disintegration. Same with the structure of the lyrics, they are simple and repetitive, but bring out the emotion.

Watching Me Fall
This is very similar to the last song, but more electric guitar and distortion. I love the way Robert sings in this one! It seems like he sings about a drug-induced dream(?) where he has sex with a Japanese woman. It's an incredibly long song, a whopping 11 minutes (the longest song they have still to this date), but it's such a great song, I love it! I honestly wouldn't mind if it was longer.

Where The Birds Always Sing
Great guitars in this song too. Makes me feel so nostalgic. The lyrics are pretty straightforward (and a little repetitive), probably something most people have thought about.

Maybe Someday
Again, love the guitars! The keys are a nice touch too. All the instruments blend together really well, it's BARELY not too much going on. 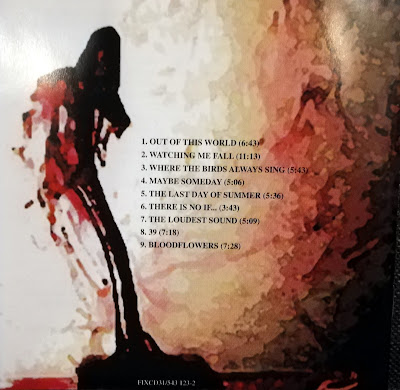 The Last Day Of Summer
A lovely and calm song. Even the instruments feel really sad. The lyrics are pretty simple, not a lot of words needed for this feeling and atmosphere!

There Is No If...
Robert's voice is the star of this song. The lyrics are full of intense love, so this song doesn't need much else! The instruments are so subtle in the background, a great accompaniment!

The Loudest Sound
Love the unique sounds in this! And like on the rest of the album, the guitars are just beautiful. Again the lyrics are repetitive, pretty simple and sad. I love that ''silence is the loudest sound I've ever heard''.

39
Really cool sounds on this! We even get solos! So the title of this refers to Robert's age - he wrote this on his birthday. It's so beautiful and emotional; ''I used to feed the fire - but the fire is almost out''. Like other endings of other albums it leaves us scared that there will be no more The Cure - but it's now 2 decades and 2 albums since, and we're getting a new album this year!

Bloodflowers
We haven't had a title track since Disintegration! Another tie to that album. Same with the vibe, simple and repetitive lyrics about a relationship. It's a good choice for the title track, and as the album ends you still want more. But sadly so far Cure fans haven't been satisfied. Could we finally get some satisfaction with the upcoming new album? 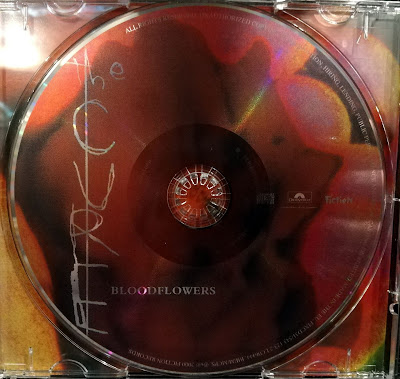 The album runs a little over an hour, which is okay, considering it only has nine songs. The songs flow well together, it's really a great album, and it's truly underrated. I know most people aren't big fans of their 2000's work, but this one takes me right back to Disintegration.

On Thursday I will review their self-titled album, which most people aren't very fond of.
Posted by Caroline Åsgård Skulstad at 7:22 PM