Faith by The Cure Review 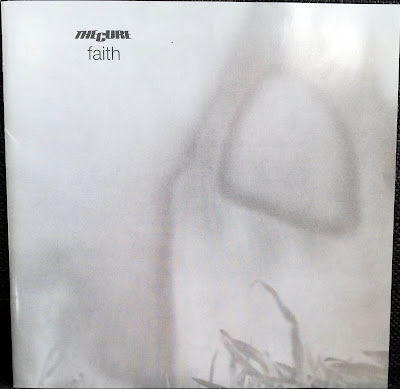 The second album in the ''gothic trilogy'', released in 1981. At this point The Cure are a trio yet again, but a good one! This album is truly a masterpiece.

The Holy Hour
My god, I love this song. That bass! And Robert Smith comes in strong with his voice, and I love the effect on the vocals.

Primary
Then it picks up with this great song! It's so fun and dancy, and everything about it is SO good!
''The further we go and older we grow, the more we know, the less we show''

Other Voices
Another fantastic song. The guitars and vocals sound so dreamy, like they're taking you into another world. The drums are good too, and especially the bass.

All Cats Are Grey
I feel this is the first time the keyboards really get to shine, on other songs they're just in the background, contributing very little to the ambiance. The drums here are also different, which is a nice change. A really nice and calming song, and the vocals sound very ethereal and melancholic.

The Funeral Party
Another calm and melancholic song, but sounds very different from the last one. 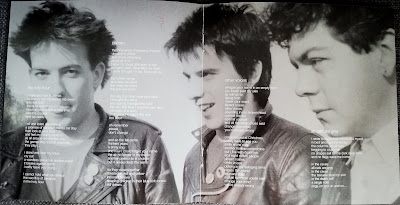 Doubt
This brings you back down to earth, being very upbeat, and having some of that punky sound and energy like they've previously had. The lyrics are super violent!

The Drowning Man
Back to calmer territory, and another very melancholy song. The lyrics are very beautiful and sad.

Faith
It ends with this song, which is almost 7 minutes long! Again, it's pretty calm and melancholic, very classic The Cure. 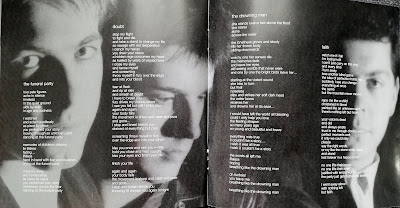 So yeah, obviously this is overall a pretty gloomy album. I really love the atmosphere, I kind of zone out for the most of it. It's really good and beautiful! Like the last time, they really came a long way again in just a year. Next up tomorrow will of course be Pornography!
Posted by Caroline Åsgård Skulstad at 3:06 PM