The Top by The Cure Review

Now this album, for once not released a year after the last, but two (1984), has a really different sound than the previous albums. I did say in my last post what some of the contributing factors were, but prior to this album, Simon Gallup had left the band, Lol Tolhurst switched from drums to keyboards, and Andy Anderson (who sadly died earlier this year) joined. Robert Smith had also done his project The Glove with Siouxsie & The Banshees bandmate Steven Severin, and he was also still working with the Banshees. So those are even more contributing factors for this soundchange. Now The Cure were working on becoming more radio friendly. 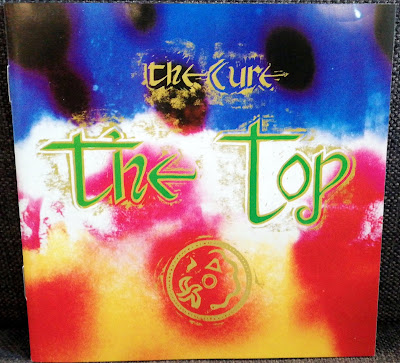 Shake Dog Shake
We jump right in! While it sounds like The Cure, this is something different. It kind of has this psychedelic atmosphere, and is more guitardriven. You can barely hear the bass, which used to be very prevalent and creative when Simon Gallup was in the band.

The Birdmad Girl
Love the guitar in this one! Cute keyboards too. The song is very light, cheerful and dancy. This is The Cure that the mainstream is more familiar with, that poppy sound.

Wailing Wall
Eerie and calm buildup. I love the middle eastern atmosphere! And it still has that melancholic The Cure that I love so much.

Give Me It
This song is so.. chaotic, haha. Seems like something that came about under the influence of drugs!

Dressing Up
This is such a lovely song. They're experimenting with new sounds here, and it worked very well! It sounds like it would be a pop hit at the time - I had no idea if it was, this was 10 years before I was born, after all. 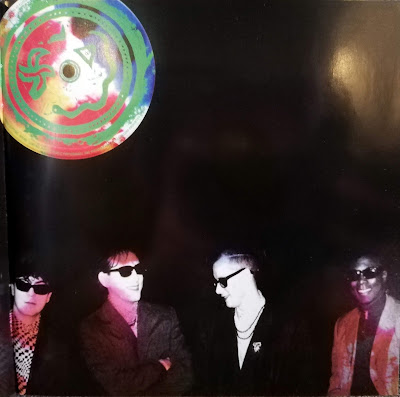 The Caterpillar
Now this one was definitely a hit - and still is! I love how they used the piano and violin and this, and the ''flickering'' percussion. The lyrics are lovely too, you really want to sing along!

Piggy In The Mirror
Another different sound to this one, but not very memorable or special to me. I do like the keyboards, though! And the little acoustic guitar solo (almost Spanish-sounding) is cool too.

The Empty World
I like the sound of this, it sounds so grand and kind of ominous - and the little ''whistling'' melody pulls it perfectly together to create that army atmosphere.

Bananafishbones
Another more psychedelic song. It's pretty alright, it's not a bad song, but not my favorite on this.

The Top
I love the atmosphere of this song, it's kind of cold. It probably has something to do with what kind of notes they're using, but I don't know shit about that, haha. This is by far the longest song on the album, at almost 7 minutes - the others don't even come close. I think it does a great job at closing off the album, since it's a calmer song.

So yes, quite a different sound indeed! We're hearing a lot of different instruments on this one. But I don't think that's a bad thing, necessarily! I think they were really good at creating different scapes of atmosphere. They also showed they were more versatile. This album was 40 minutes long, which I thought was a nice length. But this definitely isn't one of their best albums.
Come back tomorrow to see what I think about The Head On The Door!
Posted by Caroline Åsgård Skulstad at 4:30 PM