I just realized that it's suddenly exactly one month until I see The Cure live at Øyafestivalen! I promised to review all of their albums as a countdown (and I've been meaning to do reviews on them for ages), so now I will finally do it! 1 day will be 1 year in their discography (schedule on my Facebook page if you need it). Starting with their first album, of course. This album came out in 1979, and sounds a little different than The Cure we know today. 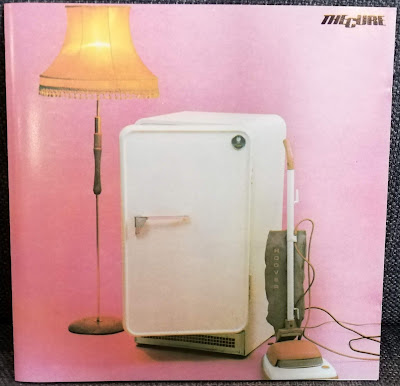 10.15 Saturday Night
The album starts off pretty calm. It's kinda weird hearing Robert Smith's voice this early on, I guess when he hasn't found his voice yet. The song is overall pretty simple, but memorable. I love the little drum fillers before he sings ''And the tap drips''. And it has a freaking solo, haha! I really like the guitars at the end after he whispers ''It's always the same''.

Accuracy
Then we go right into the next song, which is more melodic. Gosh, this sounds so OLD, haha. I know this album really well, but now that I'm writing a review I'm listening more closely. They hadn't quite found their sound yet, but you could tell they had potential.

Grinding Halt
Post-punk used to be called ''positive punk'', and I feel this song really fits with that. It sounds pretty punky, but with the prominent melodic bass, it sounds so much more cheerful!

Another Day
The Cure would go on to become of the very first goth bands, and I feel this song foreshadows that a little bit. In contrast to the last song, this is more melancholic and mellow. Robert sings a little more like he would do later, and you got that gothic guitar sound. 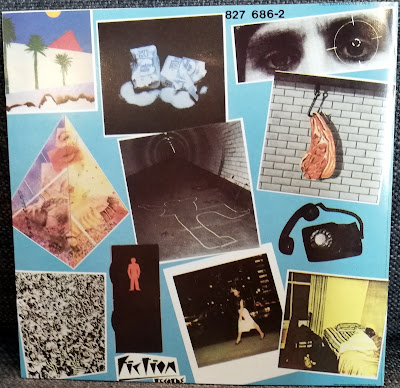 Object
And then we go back to more punky again. Not sure about those lyrics, though. That doesn't sound like the sweet Robert I've read about! But this song was the producer's choice, so I guess that's why.

Subway Song
That bass! I really like the guitar too, it gives a little creepy atmosphere that goes with the lyrics. Aand now I forgot to take my headphones off for that FUCKING scream at the end. It gets me every time, goddamnit.

Foxy Lady
So this is a Jimi Hendrix Experience cover, which is a little weird, and it wasn't supposed to be on the album. It sounds nothing like the original, and bassist Michael Dempsey sings on this track. Like Object this was also the producer's choice.

Meat Hook
This song is very similar to the first song on the album - everything about it, pretty much.

So What
Ok, what the hell is this song. Half of the lyrics is.. an ad? Hilarious! So punk, lol. But the instruments sounds like how they do on the rest of the album. 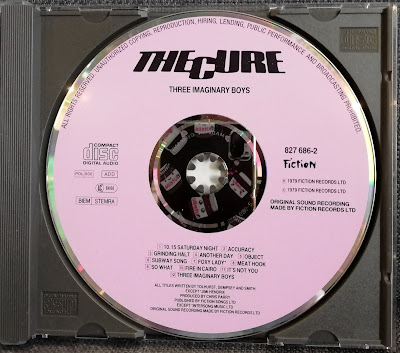 Fire In Cairo
Such a classic song. It's really fun! And the best part is the ''F-I-R-E-I-N-C-A-I-R-O'' - I really have to concentrate to be able to sing along!

It's Not You
Pretty upbeat and kind of punky, but not very memorable. Poor girl who is referenced in these lyrics, haha.

Three Imaginary Boys
Great choice for the title track. Those wailing vocals that we have all come to love, so I'm really glad they went more in that direction.

The Weedy Burton
A cute little instrumental to finish off. I feel it's very summery and beachy, haha.

Even though this album has a whopping 13 sounds, they're all very short, so the entire album is only about 35 minutes long. Which I think is fine when you have that many songs. This album is a bit of a mixed bag, I guess cause they were still finding their sound, the producer putting in Object and Foxy Lady, and this was their first album, after all. It's not my favorite album of theirs, but it's still nice to hear them early on and hear their punk influences. They've had so many sounds, and they've come such a long way since 1979.

Come back tomorrow for a review on their second album; Seventeen Seconds!
Posted by Caroline Åsgård Skulstad at 4:12 PM