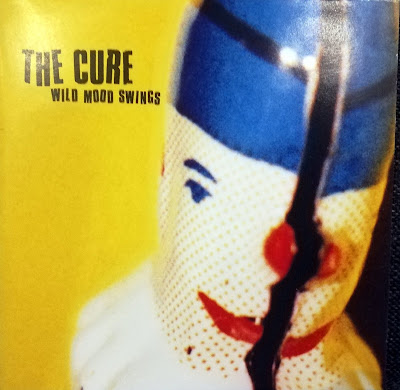 We have now reached the 10th album! It took them 4 years this time, a pattern they would continue until their last album (which is now 11 years old - but we will get a new album this year!).

Want
This song builds up the album really well, and the guitars are great. I love the strings! All the instruments are arranged and mixed very well. I think a lot of people can feel with this song. We always want more, the opposite of what we have or things we can't have. Most of us aren't satisfied with our lives!

Club America
I feel the instruments are a little more chaotic in this one. But omg, Robert's voice! He sounds a lot sexier when he sings deep like that. Not really a fan of the backing vocals in the chorus though. The lyrics describe what could be a typical night out - not just in America!

This Is A Lie
A very interesting slow song! Beautiful strings. So emotional.

The 13th
This is so different it makes me laugh! Very latino. I only enjoy the chorus, honestly. It's too weird for me! The lyrics describe him seeing a woman sing on stage, they start talking and are going to have sex. He doesn't REALLY want to, this isn't like him, and knows he will regret it, but doesn't care.

Strange Attraction
And now for something completely different! The intro sounds like something from a horror movie, and then it gets super cheerful. It's really fun and cute! Ends a little sad though. I guess I can relate to this in how I've made friends online, and after I've met them, they aren't who I thought they were. 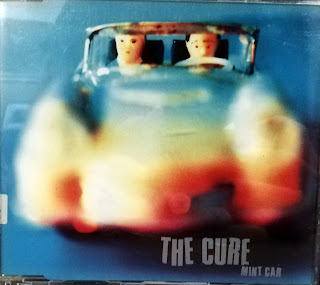 Mint Car
I have the single of this, and the first time I heard it I was surprised. I wasn't very familiar with them at the time, mainly just the gloomy stuff, and a couple of the poppy hits, I guess. At the time I was probably more against cheerful and poppy stuff. But now I like it! It's a good song. I'm singing along now!

Jupiter Crash
This blends perfectly with the last track, but this one is slower and gloomier, and takes us back to their earlier stuff. I feel it could be about a girl losing her virginity? Seems like it to me, at least.

Round & Round & Round
This song is a good blend of rock and pop - and even some classical! The lyrics remind me of Open on the last album, about introverts or other people playing along with the social norms at a party.

Gone!
This one is more jazzy! Not really my thing. But the lyrics are very motivational!

Numb
A nice, slow and emotional song - with a touch of oriental and strings. The lyrics are really sad; about depression and drug addiction. 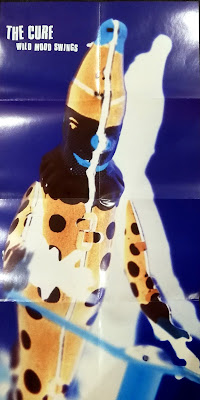 Return
This one picks up things again! But I feel there's just too much going on with the instruments in this one.

Trap
Love the guitar here! I like the aggressiveness, it's not too much. I wonder if the lyrics are about a certain person - they seem like a bitch!

Treasure
Wonderful atmosphere created by the instruments, especially the strings. The lyrics are very simple, but emotional and sad.

Bare
The atmosphere in the last song carries over into this. It's an incredibly sad breakup song. It's the longest song by far on the album, at almost 8 minutes, but it doesn't feel too long. I think it ends the album well, leaving you still wanting more. But it would be 4 more years until the next album. 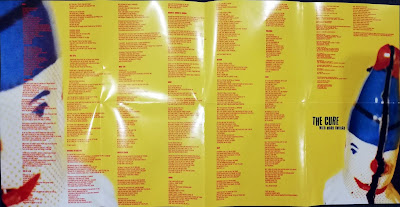 The album clocks in at just over an hour long, which I think it's a good length - same with the length of the songs themselves. I think the album title fits really well! They really experimented a lot with different sounds on this one, and for me, it wasn't really successful. I don't know if I wanna go as far as saying it's a BAD album, but.. it's not very good, in my opinion. There are some songs I like on it, but I'm not very likely to put this album on. On Sunday I'll be back with something much better; Bloodflowers!
Posted by Caroline Åsgård Skulstad at 12:34 PM