Last month the Polish/Norwegian band De Press released a new album. I went to one of their release tour shows here in Norway, and I really enjoyed it, it was so much fun! I made sure to pick up a copy of the CD. It's a really unique album, so if you haven't heard it (or De Press in general), let me tell you about it! 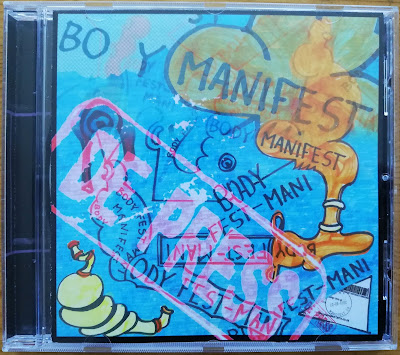 You Never Get
The album starts with a short atmospheric intro before we get into the bassheavy main riff of the song. The lyrics are very simple and don't make much sense to me, but they sound nice and fun!
The production on the album is really good, it sounds great. There is also a short outro, to complement the intro.

Uwazuj Uwazuj
In this one we jump straight into dancing! I have no idea what the lyrics mean obviously, haha. But it's a really fun song to get your feet moving!

Puding Procesjon
Love the atmospheric intro! The instrumentals are great, very dark. The lyrics are in broken norwegian, so to me it's kinda hard to take it seriously. That's not a bad thing!

Propaganda Message
This one is more rock n roll! But very unique, it's like the music takes you on a little journey. Love the bass.

Mijajom Sie Casy
A much lighter feel to this one. No idea what he's singing about, but the vocals sound really nice! The outro is adorable.

On The Plastic
This song is hilarious! The way the lyrics are spelled it seems like it's a mix of languages (it happens other places on the lyric sheet too). The instrumentals sound kinda rockabilly, I guess? Hilarious outro.

La La
This one is beautiful, and one of the songs that have gotten stuck in my head. The guitars are wonderful and atmospheric.

Body Manifest
The title track is so funky! Makes you wanna dance. The lyrics are hilarious.

Contaminated Zone
Epic bass! The rest of the instruments too. The chorus gets too highpitched for my liking though. I like the lyrics!

Kie By Nie Te
Beautiful and calm with the vocals and guitar, and the bass accompanying just right. With the percussion joining in later, the sound grows beautifully throughout. It's the second longest song on the album, and I'm glad it's longer!

Skurcysyny
Kind of folky intro, and then jumps into upbeatness. I have no idea what it's about, but I love the ''singalong'' parts, really fun. 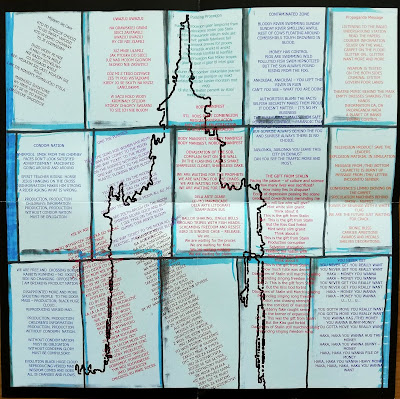 Gift From Stalin
Really cool and unique song. I like the lyrics. This is the longest song on the album, and draws out the atmosphere to the end of the album. The last minute or so consists of ambient sounds reminiscent of how the album started. A very good ending to the album!

Despite having a whopping 13 songs, the album is only 43 minutes long. Most of the songs are pretty short, ranging from less than 2 minutes to 3 minutes. The exceptions are Kie By Nie Te (almost 5 minutes) and Gift From Stalin (about 7,5 minutes).
In those three quarters of an hour De Press has gone through a lot of different sounds. The album is very eclectic, but they somehow make it come together, even blending silly nonsense with serious political issues.

I definitely suggest giving this a listen, and if you haven't heard them before, check out their other stuff too! I really enjoy the Lars Hertervig EP and their early stuff, which sounds a lot like Joy Division. So if you like punky stuff and have a sense of humor, I think you'll like these guys.
Posted by Caroline Åsgård Skulstad at 9:03 PM