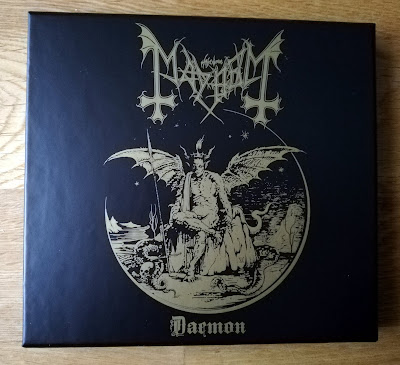 Now this album has been out digitally since October 25th, the physical release was pushed back to November 8th, and I forgot to check my mailbox, I didn't see it was there until Monday. So that's when I heard it in its entirety for the first time, prior to that I had only heard the two singles - and they were pretty promising! Mayhem's last album Esoteric Warfare came out in 2014, but I wasn't super impressed by it. I prefer the old Mayhem! I saw them play De Mysteriis Dom Sathanas live in 2017 and it was amazing. The first time I saw them (2013) they weren't very good, so they are getting better! Now let's dive into Daemon! 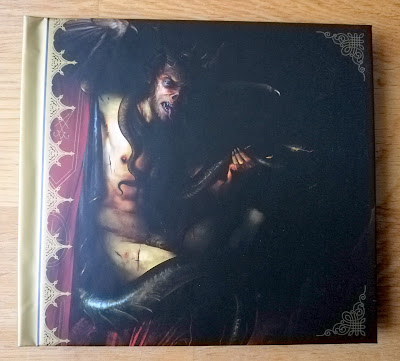 The Dying False King
The album jumps right into intense black metal reminiscent of De Mysteriis Dom Sathanas. Then it slows down a little, and it reminds me a little bit of Satyricon. A truly epic song that gets you excited for the rest of the album.

The Hungarian verse translated: The king of injustice ruled the world and now the fallen feie has fallen into the dust. He was doomed.

Agenda Ignis
Awesome guitar! A little ''calmer'' than the last song, but I don't think that's a bad thing. It's a really nice song! Ignis means ''fire'' in Latin by the way - which makes the lyrics make more sense. 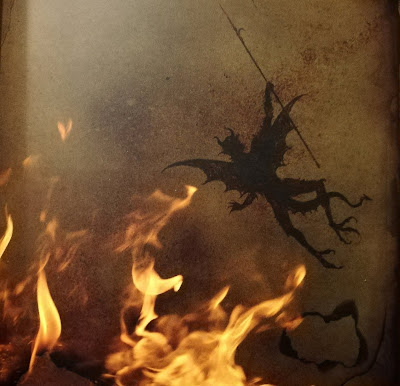 Bad Blood
No, not the Taylor Swift song. Way more epic! And bloody. Taylor Swift got nothing on this! There's so many great bits in this one (even a solo!), keeping you engaged all the way through.

Malum
Kind of your typical slow, classic black metal. And like classic black metal (especially in the case of Mayhem), we got some bad Latin going on. Google Translate can't translate all of it, but some makes sense, and some.. doesn't. But it sounds all ooky-spooky!

Falsified And Hated
Ok creepy sounds in the beginning. Then we jump into the main riff, which sounds like what I call fun dancy black metal!

Aeon Daemonium
Love that cold atmosphere at the start, and they keep up a good soundscape throughout. This is the longest song on the album by one second (6:04), Daemon Spawn (6:03) being the second longest.

Worthless Abominations Destroyed
I felt this one was a little meh. Not really anything wrong with it, I guess it just isn't super creative. 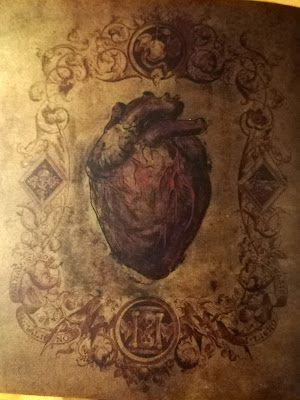 Daemon Spawn
Great spooky atmosphere. The guitars are great, and I love the chanting. Like Bad Blood, we are taken on an epic adventure.

Of Worms And Ruins
Immediate De Mysteriis Dom Sathanas vibes! Fast and hard. It ending so suddenly is like coming out of a concert or club at the end of the night with your ears ringing, it kind of hurts, haha.

Invoke The Oath
Then we are eased into this one. A slow, epic riff getting louder. Some tempo changes in this one, from slower with an occult atmosphere to the ''fun dancy black metal'' I mentioned earlier. It fades out at the end, as this is supposed to be the last song on the album. But wait! I bought the mediabook CD, so I have two bonus tracks!

Everlasting Dying Flame
This one also reminds me of De Mysteriis Dom Sathanas. So good!

Black Glass Communion
Kinda hits you in the face after the last song fades out. More fun dancy black metal, but some tempo changes and epic vocals and chanting in (probably bad) Latin. And just like that, the album is over. 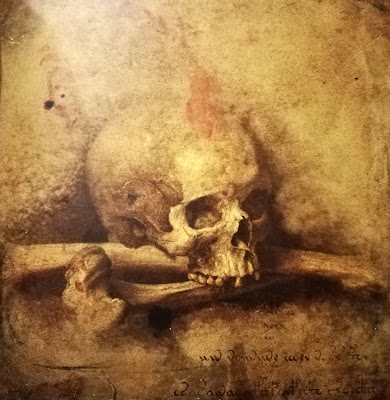 Mayhem have circled back to over 25 years ago and gotten back that old sound, and I love it! Wonderful atmosphere, it's like you've taken a trip to hell (in a good way). So if you love De Mysteriis Dom Sathanas and Deathcrush, definitely check this out! Lots of epic artwork that really fit the album as you can see in the photos here, and these aren't even everything! Not sure if it's exclusive to the mediabook though. If you want it, hurry and get it, cause it's limited! 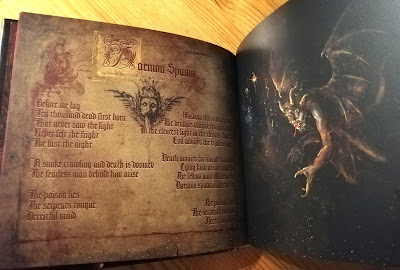