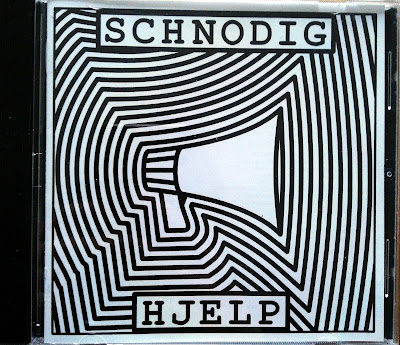 Last month Tollef (the man behind the lyrics of Schnodig) came to Bergen, and we got to meet up. He gave me this album on CD, which was super nice of him! When I heard it, I instantly fell in love. So I thought I'd share their music with you guys! Even though the lyrics are in Norwegian, I think you'll enjoy it. I bet a bunch of you listen to German bands without knowing German, so there you go. I'll try to give you the jist of the meanings. The title of the album means ''A Cry For Help''. Oh and fun fact: Tollef was also in Anax Imperator - I happen to have their Hælvetes Dyster EP!

Flagget I Bakken
The mood is immediately set. Super dancy synthpop! The lyrics are very reassuring; when you're depressed, tired, stressed, etc., take care of yourself and your life, fuck everyone who expect things of you!

En Nesten Vanlig Mann
Equally dancy. I love that the lyrics of the first verse incorporate an old norwegian christmas song. ''Nerver i en bunt'' is also used, which is the name of their first album and its title track. The lyrics are about being an almost normal man, and that it's okay to be different. The ending of the song is great.

Frykten
Love the synth in this one! The title means ''the fear'', and the lyrics are about the world being.. well, nuts. A small percentage owns the majority, people don't feel safe, and people spread hate. Don't feed the fear, and be nice to each other!

Et Rop Om Hjelp
Great title track! It's about getting older. ''I can live with the fact that the body is old, looks like wax with hair, and that the wax looks like it's melting - a little more for every year that passes by'' - fantastic! And realizing that you're as old as those grumpy old guys, but you don't have to be like them.

Dynamo
Awesome synth! Kinda stereotypically for this type of music the lyrics are about the future and technology.

Drive Dank
The title means to do nothing, basically. I can't come up with a similar phrase in English. ''I just wanna dress nice and never trust anyone who's slender'' - amazing, haha. I can relate to the lyrics; I love doing nothing, and I can easily get tired, even though I haven't really done much. 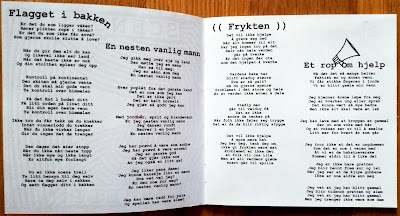 Geostasjonær
Epic synth! Apparently the title is ''Geosynchronous'' in English, didn't expect that. Good thing I looked it up, or I would have written ''Geostationary''! Great synth as always, as well as the beat!

Røkla
Love this! Super sexy sound. I had to look up the title, cause it's not a word used around here. It means ''the other people''. In this case basically the mainstream crowd, and that it's easy to ''howl along with the pack'', but if you're okay with joining them or not.

Siste Dans
So cute, very 8-bit sounding! Beautiful vocals on the chorus. The title means ''last dance'', so it's about the last dance at the club and wanting to go home. So it's the perfect song to finish the album with.

10 songs and 40 minutes go by fast with this album! It keeps the vibe really well throughout the whole thing. The replayability of it is great too, I definitely won't get sick of this for a good while. If you like synthpop, futurepop and stuff like that, and maybe happen to be a nerd, you'll love these guys. 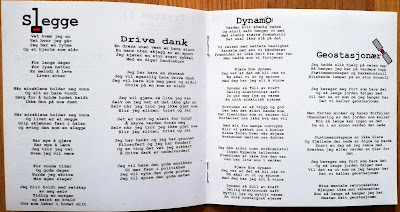