Getting into goth DJing & livestreams 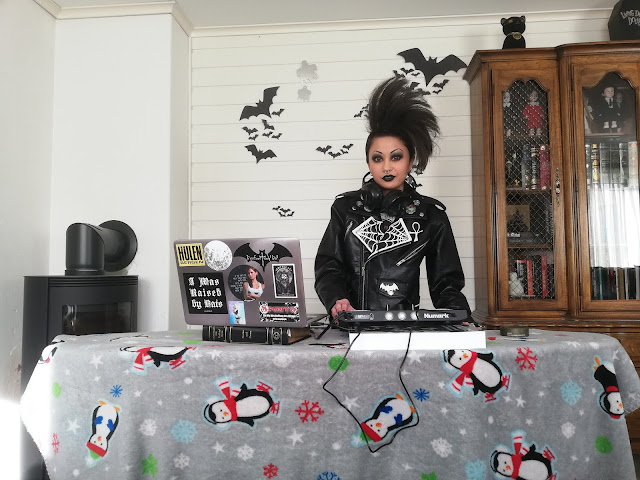 Some of you might know that during the pandemic, I started DJ-ing. I thought that would be something I could talk to you about (it's been requested too), as well as how the goth scene has moved online and how we have strengthened the community that way.

I have low-key wanted to DJ for a good while, but I was very nervous, cause I feel I am very.. technologically impaired (I still use a Discman and iPod Classic for example, I prefer the old things I'm familiar with). A friend was talking about going to a course, then we thought we'd have to wait until after the pandemic. I talked to some friends, who encouraged me, and I downloaded a free software to play around with (Mixxx). It was very fun, but I quickly noticed that it was hard to just use a laptop, since I could only do one thing at once! So I got my friend DJ Maus (of Obscura Undead) to recommend me a not too expensive beginner's controller. I spent a few weeks learning how to use that as well as the software it came with. My friend DJ Cyberpagan was very helpful too, he even asked me to join the World Goth Day collab he set up, but I was too scared, haha. Funny, cause my very first stream was only days after that!

Immediately I got lots of great feedback, I couldn't believe it! I was also asked to collab with other DJs right away. My second stream was with DJ Cyberpagan, my fourth was a part of Goths Against Racism's BLM benefit, my fifth was with Acidbitter, my sixth with Obscura Undead.. I was also part of the Virtual Animal Rights March and Goths For Sanctuaries. You can see flyers from all these in this album. I thought it would be fun to collect them, and look back on later!

I will also participate in a leukemia benefit hosted by DJ Wyntre Mysteria next week, and an event in a month organized by martin oldgoth where we help venues and others in the business we love that have been harshly affected by the pandemic. There are more things coming up too! I have not yet DJ'd at an actual venue or anything, but I'm hoping to once that becomes possible. I'm already making a lot of connections! I also find myself ''thinking'' like a DJ when I hear music now. If a certain song would work well on a dancefloor, what songs would go well together, and being way too aware of transitions between songs. 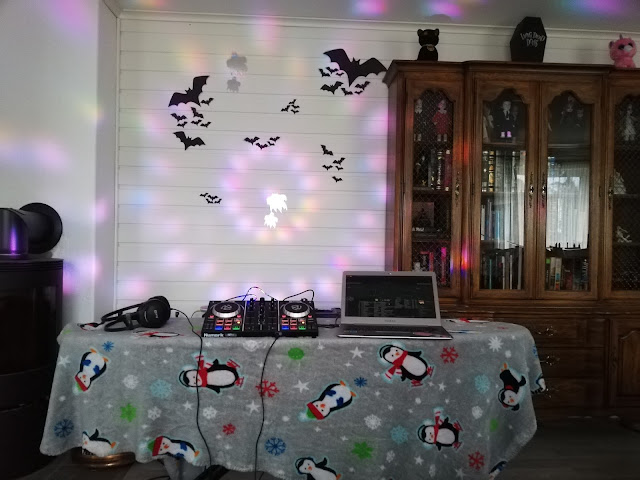 So this is basically what my DJ / streaming setup looks like. I have a Numark Party Mix controller, which is connected to my music laptop and my Marshall Woburn speaker. I also have an AKG headset. The software I use is Virtual DJ, and OBS for streaming. Pretty simple! The lights are from the back of my controller. While streaming I use the laptop's camera and the Iriun webcam app on my phone, so I can show the lightshow as well as my face. Often I will use my other laptop for chatting and other stuff, so I don't have to switch between so many windows on the music / streaming laptop. 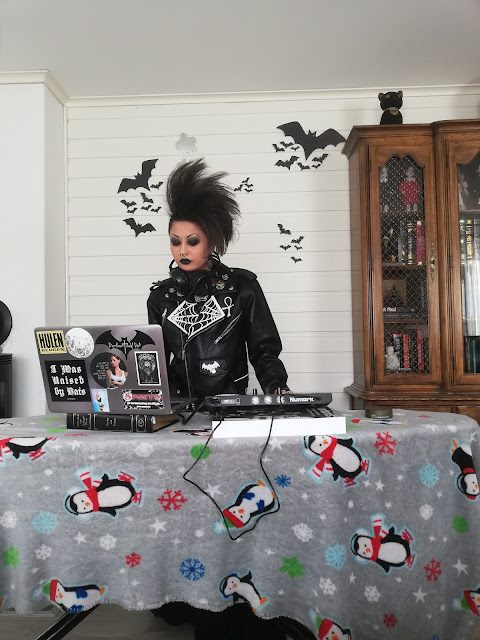 Oh, I should probably plug myself!
You can find my mixes, all updates and my streams here:

I am also an admin of the Bloodstreamers collective, which is for goth Twitch streamers.
If you are a streamer yourself, apply to join the group here! 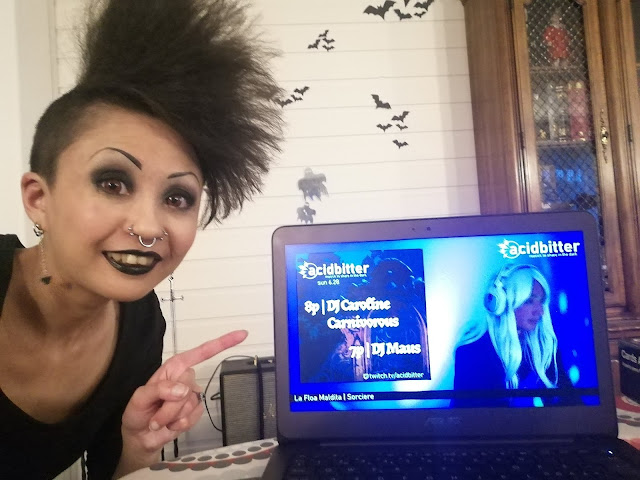 Now let's talk about how the state of the goth scene right now. Bands and DJs were REALLY quick to adjust to the new state of things and move to livestreams on different platforms. I have actually been writing down streams I've attended in my planner as if they were physical events, and my first entry is March 19th, DJ Cyberpagan, with Ash Code doing a livestream concert the day after. Also just how the streams have developed, from audio-only on not-so-great sites to pretty professional non-stop festivals!

Attending virtual events from the comfort of my own living room has been pretty great actually (I'm an autistic introvert with social anxiety, ok), I find it so much less stressful, and it's so cool to see events and talk to people from all around the world. Chats are so easy to participate in, cause everyone talks to everyone, and the host can too! Even timezones don't even ruin things, but I've certainly become more aware of them now! I've collaborated with streamers all the way from New Zealand to California. So I definitely feel livestreams makes events so much more accessible, no matter where you live, your financial situation (most streams are free, very few concerts have cost anything), and what struggles you'd have with going to events. I've made new friends and got closer to people who live in other countries, learned about new bands and gotten to experience events I haven't managed to go to in person.

The pandemic has been devastating to club nights, venues, bars, musicians, DJs and everyone else in this line of work. Many have found themselves out of work for months now, and we've even started to see venues shut down for good because of the financial blow. Despite that, the goth community has been amazing helping out. Tipping DJs, donating to bands and venues... One huge thing is Bandcamp Friday, when Bandcamp waives their all their fees (normally they take 10-15%) for 24 hours (midnight to midnight PDT). First it was a one-off thing, then they did it for 3 more months before deciding to do it EVERY first Friday of the month for the rest of the year. Fans literally spend MILLIONS of dollars on these days. For a bunch of them I've spent over €100 myself. It's really great of them to do that, so that we fans can support the bands we love even more when we can't go see them in concert. 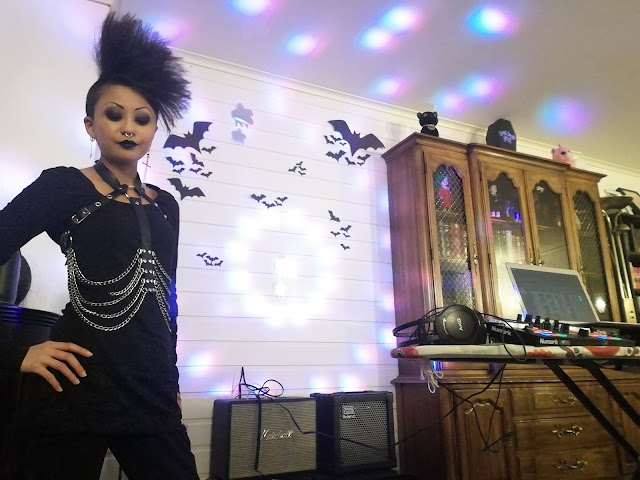 Lastly, I want to share some of my favorite goth events / DJs / gamers during the past 6 months.
Please check them out! There are lots more, these are just some recurring ones I love.