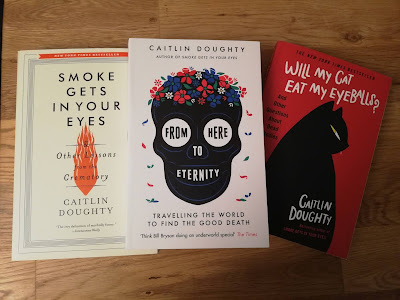 “A girl always remembers the first corpse she shaves.”

I have followed Caitlin since she started YouTube, but haven't read this book until now! I'm glad that most of the contents in this book aren't on her YouTube channel, so it quenched my thirst for more rather than being a repeat.

The book mostly revolves around her early years in the death business, working in a crematory and going to mortuary school. She flawlessly takes us back and forth between her experiences all the way from her childhood in a way that feels natural and well paced.

Of course, this book spares no detail. Descriptions of what corpses REALLY look like, even how they smell and what happens to them. In true Caitlin style, she keeps it lighthearted and humoristic, but is serious and emotional when need be.

Definitely a must-read for all Ask A Mortician fans!

“Our great-grandparents were told that babies were found under gooseberry bushes or cabbages; our children are likely to be told that those who have passed on... are changed into flowers, or lie at rest in lovely gardens.” 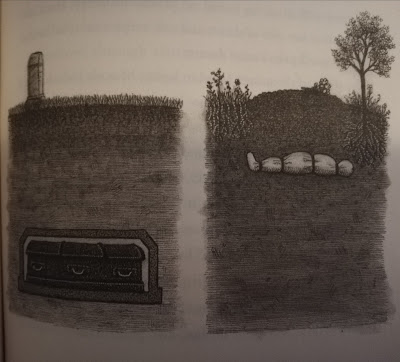 “My next drone folk album will be called "The Cremation Reforms of Octavius B. Frothingham".”

In Caitlin Doughty's second book, she takes us to several different countries and gives us a glimpse into their death culture.

From funeral pyres in Colorado, keeping corpses around for years in Indonesia, Días de los Muertos in Mexico (beautiful chapter which is also about dealing with losing a child, I got tears in my eyes), corpse composting in North Carolina, viewings behind glass in Spain, the high tech "cemeteries" of Japan, mysterious and powerful ñatita skulls in Bolivia, and back to Caitlin's home of California.

Caitlin has done a great job of exploring, observing, respecting and understanding the death customs of all these different places. She writes very well, it doesn't feel dry at all, she's just being herself and does it all with feeling and personality.

The book is also peppered with black and white illustrations, actual photos probably would have been a little shocking.

I really enjoyed this, I want more! Definitely recommended if you're a fan of Ask A Mortician. It'll open your eyes to whole new worlds of death you probably couldn't imagine (if you're used to "the Western standard", that is).

“I forgot to mention that Paul in person looks just as outlandish as his house—a claim I lay with the utmost aesthetic respect. He has thick dreadlocks, a beaded wizard’s beard, and tattoos. He traveled in a purple velvet frock coat and a top hat with an ermine skull attached to the brim. No one knows his age. He was once described by a mutual friend of ours as “an eighteenth-century highwayman reimagined by Tim Burton.” Paul refers to himself as “a cross between Prince and Vlad the Impaler.”

A year ago I also reviewed her latest book, you can click here for that review.