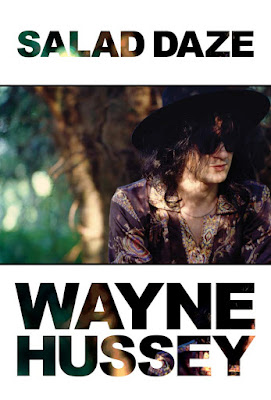 Wayne Hussey fangirl for life here! Finally read this book at the start of the year (but forgot to publish this), and I absolutely loved it. I was extremely delighted to find out when I started it that Hussey had made playlists for every chapter! Listening to music is essential when reading a book about music. I was about to put on some The Mission of course, but didn't mind at all that my background music already had been picked out for me. The playlists consist of popular or relevant songs at the time the chapter takes place, or just music he mentions. It really adds to the reading and transforms it into a whole experience. For a fast reader like me the playlists ended up being too long, so I usually took breaks from reading to finish the playlist before moving on.

The book follows Wayne Hussey even before he was born as Jerry Wayne Lovelock in Bristol in 1958. His childhood and early years are described very in detail, which I didn't mind at all, but I imagine some would want to cut to the chase and get to the exciting stuff. Eventually we get to when Wayne is a young adult, a music lover, fledgling guitarist and wants to be a rockstar. He joins a number of bands and tells us about the scene back in the day. It isn't until closer to the end he joins The Sisters Of Mercy and we get to read how that was - many of us fans have heard a lot about how Eldritch behaves, but I have been waiting for a first-hand review like this (I really want Patricia Morrison to write a book!). The book ends just as Hussey and Craig Adams leave the band and want to start their own band. I can't wait for the next book about The Mission!

There are many great parts in this book. Random short sidenotes about crazy stuff that happened which I found hilarious. To me those are the best things about musician's biographies. Like apparently he has had sex on a trampoline in Gary Numan's garden?! Oh yes, he has written a foreword, as has Iggy Pop. There are also the typical glossy inserts of photographs, which I loved (several photos of Hussey without shades!) - especially that they didn't cut off the last page mid-sentence. 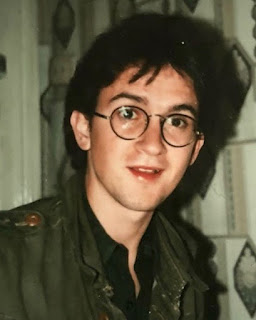 This is definitely a must-read if you're a fan. If you're only looking to read about Sisters, it's up to you if it's worth it, that part is somewhere between 1/3 and 1/2 of the book. While the book ends just as The Mission is about to begin, if you're a fan of them, it's still worth the read. He does mention things here and there that would happen later. Besides, then you have something to do while waiting for the next book!